As Melbourne loses one landmark named in the local Indigenous language, Maroondah Hospital, it has gained another in the form of the City of Merri-bek, formerly known as Moreland.

But speaking at the official opening of the Merri-bek City Council, Uncle Andrew Gardiner of the Wurundjeri Woi-wurrung Cultural Heritage Aboriginal Corporation was not about to let the Andrews government off the hook. Its decision to change the name of Maroondah Hospital to “Queen Elizabeth II” was wrong, he told an audience that included Local Government Minister Melissa Horne. 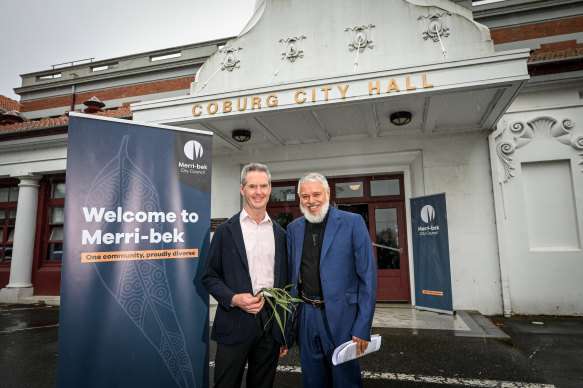 “It would be terrible if I didn’t say this right now,” said Gardiner, a member of the democratically elected First People’s Assembly and a key figure in the campaign to rename Moreland City Council.

“Maroondah is a Woi-wurrung word, and it should stay the same. It’s the only Aboriginal-named hospital in the state. That’s a truth and we need to be able to tell our truth.”

Gardiner was at the Coburg Town Hall to mark what Mayor Mark Riley called Merri-bek day. The word means “rocky country” in the Woi-wurrung language, and Riley said it “acknowledges the truths of terror” in Aboriginal dispossession in the area.

Horne would not be drawn on the controversy over the renaming of Maroondah hospital, preferring to concentrate on the day’s events. She also did not repeat Premier Daniel Andrews’ criticism last week of the First People’s Assembly for raising the issue. 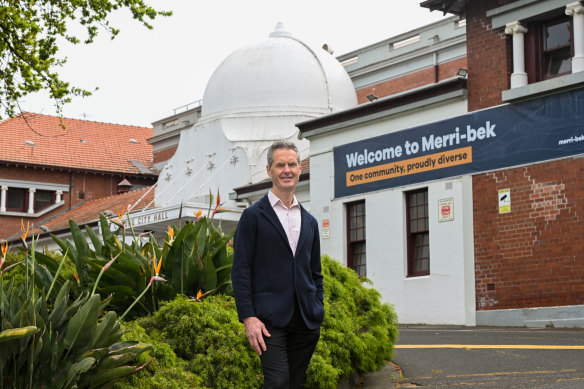 “I’m focusing here today on celebrating Merri-bek,” Horne said. “I’m really proud that I’m a member of I think the most progressive government [in the country] that has led the way with Truth, Justice and a royal commission.”

She added there were no plans to rename Moreland train station but suggested it was not off the table.

The Greens-led council committed to change the city’s name last year after the mayor was approached by Aboriginal elders from the Wurundjeri Woi Wurrung and other advocates highlighting Moreland’s association with the Jamaican slave trade.

Scotsman Farquhar McCrae named the area in the 1800s after a Jamaican sugar plantation his family owned which had as many as 700 slaves at a time.

On Monday, the official council website began using the domain www.merri-bek.vic.gov.au, and the council’s social media channels and emails have all now switched. But that’s the easy part: some assets will take at least 10 years to change, such as street signs and park benches which will be replaced as they normally would be due to wear and tear.

Riley recommitted to the council budget estimate of $500,000 over the next two years for the cost of renaming, which includes changes to signage, council uniforms and stationary. But non-council businesses and organisations such as schools and sports club will be left to their own devices, and expense.

“It’s up to those communities and those bodies that have those names to decide whether they want to change,” Riley said.

Almost 2200 people signed a petition protesting the process of renaming the council. The protesters complained that the move had been presented as a fait accompli, with surveys only offering options to choose from three pre-determined names.

Riley defended the process on Monday, saying it was proper that Wurundjeri offered the alternative names before it went to a public vote.

“They told us what they thought but they were clearly overwhelmed by the support for the alternative,” he said.

Moreland was chosen as the name for the council when the cities of Brunswick, Coburg and parts of Broadmeadows merged in 1994.

Merri-bek will bring the total number of Melbourne council names with Indigenous names to 12, after Maribyrnong, Boroondara, Dandenong, Yarra, Cardinia, Nillumbik, Yarra Ranges, Banyule, Darebin, Moonee Valley and Maroondah – many of which adopted Indigenous names during amalgamation in 1994. 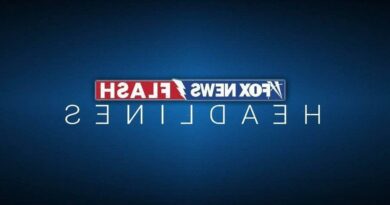