Home » World News » Napier train collision: Principal’s fears realised – ‘I ran down there as fast as I could’ 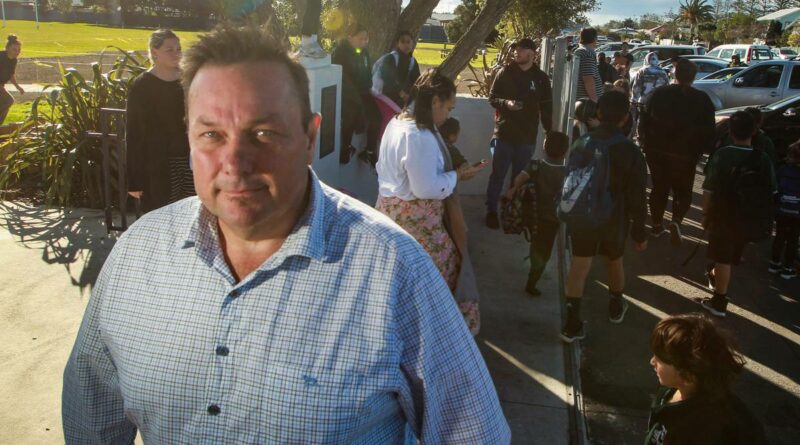 A principal of one of two schools just a few hundred metres from where a teenaged student was hit by a train in Napier on Thursday says such an incident was one of his worst fears for the safety of pupils.

And it’s just one of multiple dangers on the streets in the vicinity, says Tim Van Zyl, principal for the last 13 years at Te Awa Primary, which neighbours Napier Boys’ High School, the school of the teenager hit by the train.

The boy remained in a critical condition in hospital on Friday.

The schools rolls combined total more than 1300 aged from five to 18 and 19, most of whom drive, cycle or walk to and from the schools – some of them using the Ellison St crossing just off Marine Parade.

Van Zyl stands outside the Te Awa Ave gates of his school every morning every afternoon because of fears of what might happen amid escalating traffic flows and excessive speeds, and says that anything that can be done will help.

There has been at least one crash involving a parent’s vehicle, and the school is working with the Napier City Council on a plan to improving parking and vehicle movement safety.

But Thursday was upper level, and he said: “As soon as I heard that a young student that had been hit, I ran down there as fast as I could,” he said. “It’s a constant worry.”

The Napier City Council and national highways manager Waka Kotahi NZTA are both committed to safety improvements around the area of the schools, which each straddle a block from Te Awa Ave to Chambers St, both of which end at Ellison St (which is also part of State Highway 51’s urban Napier route).

Mayor Kirsten Wise said there had been 25 reported crashes since 2010 in the area of the Ellison St crossing and the close-by intersection of Ellison St with McGrath St and Te Awa Ave.

One was fatal, one involved serious injury, seven had minor injury and the rest were non-injury, she said. Hawke’s Bay Today figures highlight another five fatalities over the last three years in the 3km of SH51 south of the intersection with Ellison St and Marine Parade, parallel to the railway.

Wise said a planned Ellison/Chambers project includes a raised crossing on Marine Parade and narrowing of the lanes, which she said will improve safety for users crossing the road by lowering the speeds and reducing crossing time.

“With this project about to start, Council will work with Waka Kotahi to consider further works to State Highway 51 safety improvements,” she said.

“This is a devastating incident that has shaken the Napier community and our thoughts go out to the family and friends of the young man involved,” she said.

“Although this incident is still extremely raw for our community, safety is of utmost importance and if there are options for immediate improvements to the safety of these intersections we will work with Waka Kotahi to implement them.”

She said the council awaits investigation findings before better understanding details and what, if any, improvements would be needed to benefit all road users, she said.

“The location of Thursday’s tragic accident is a State Highway, and therefore any improvements are the responsibility of Waka Kotahi. Napier City Council will work closely with Waka Kotahi and Kiwi Rail to ensure any lessons learnt are implemented.”

Waka Kotahi NZTA Director of Regional Relationships Linda Stewart said the agency was “deeply saddened” and its thoughts were with the victim and family and “everyone involved.”

“While we cannot provide comment on this crash while Police are investigating,” she said, “we will be working with police, KiwiRail and Napier City Council to understand the factors involved.”

She said the agency is always looking at ways to make the transport system safer and over the last three years it had completed over 30 level crossing upgrades throughout New Zealand, including a range of safety measures at the Ellison St crossing.

They included better signage and the installation of barrier arms, flashing lights and bells, she said, and the agency is currently assessing public input on plans to lower the speed limit from 100kmh to 80km on the beachfront section of SH51 and further south towards Hastings.

Meanwhile there was heavy traffic in the area of the incident just before 8.30am on Thursday, some of whom have spoken with police about they saw.

Investigators are still seeking help from the public, and say they would like anyone who saw the collision or the immediate aftermath to get in touch with Police, by calling via the 105 line and quoting file number 210812/8907.

Over 400 cars broken into in Waterloo region this year, police say

Russian prime minister announces he is self-isolating after developing coronavirus 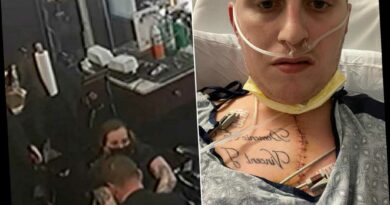