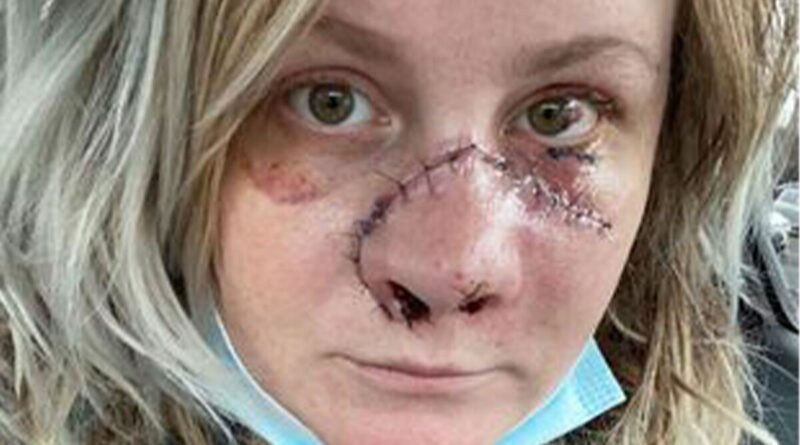 Dog bites by a pitbull left Ashley Unger, from Plainfield, Illinois, scarred for life and in need of multiple reconstructive surgeries. The attack happened as the 31-year-old was about to leave a client’s house, at which point the pet gave the “nastiest growl” she has ever heard.

The injuries have stopped Ms Unger from being able to breathe through her nose because of the damage caused to her septum and cartilage.

Ms Unger said: “It was the first time I’d met the dog, I’m a dog person so I was playing with him.

“I was there for about five hours that day. He was on my chest and I was cuddling him an hour before he attacked me.

“As I was about to leave through the front door, the dog started running from the kitchen so I crouched to stop him from going outside.

“I didn’t touch him, he was about a foot away from me, I heard the nastiest growl of my entire life.

“The next thing I know, my nose is hanging off and I was holding my face together. It was the worst pain I’d ever been in.”

READ MORE: Dog owners warned against sharing a bed with their pets as ‘untreatable’ superbug spreads

Ms Unger was rushed to hospital while holding her face together, with the bone exposed.

Doctors stitched together her flesh.

One medic in the emergency room described the dog bite case as one of the worst he has ever treated.

She said of the moment of the incident: “I screamed – the client said she’ll never get that scream out of her mind.

“I was in so much shock. I have PTSD, sometimes I get flashbacks.

“It makes me so uncomfortable, you don’t think this could happen to you.”

The traumatic experience has left Ms Unger terrified, and she is now only comfortable around her own dog – five-year-old bullmastiff Lucy.

DON’T MISS
Putin religion: Does Russia’s President believe in God? [ANALYSIS]
Piers Morgan sends desperate plea after Texas school shooting [INSIGHT]
Are the Tories likely to win the next election with Boris? [HAVE YOUR SAY]

She said: “If I don’t know a dog, I can’t be around it and I’m worried about going into clients’ homes.

“Through my personal experience, [I would advise] do not crouch down or get on the same level with a dog you do not know, even if they seem friendly.

“Even if you do feel comfortable around the dog they can still be unpredictable. Keep your guard up, always.”

The injuries of the attack, on March 17, required 36 stitches across the hairdresser’s nose, five across her eye and two across her upper lip.

When she looks in the mirror, she said, she doesn’t like what she sees.

She admitted: “I have good days and bad days.

Ms Unger said: “The worst-case scenario is that the surgery won’t improve anything. It’s taken some practice, I’ve learned a lot of patience through this process.” 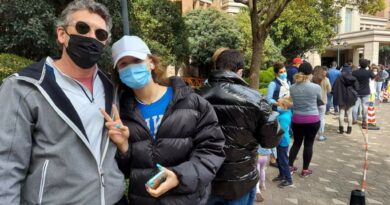 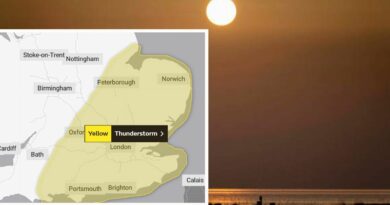