Russia: Threat of invasion of Ukraine discussed by Ellwood

Mr Scholz was announced as the new German Chancellor last night, after he managed to secure a coalition agreement between his Social Democrat Party, the Greens and the liberal Free Democrats. This new era closes the book on Angela Merkel’s 16-year premiership. Mr Scholz will have many challenges in the years and months to come, but one immediate threat he will have to deal with is that of Russia and its activities in eastern Europe.

Russia has been building up its forces along its border with Ukraine in recent days amid concerns that it may mount another invasion.

Almost 100,000 troops are stationed in the border regions near Ukraine, Kiev and Washington have both warned.

Russian-backed separatist forces have also carried out large-scale military exercises in Ukraine’s eastern Donbass region, according to the intelligence directorate of the country’s defence ministry.

Moscow has denied that it plans to launch an intervention in Ukraine, pointing to alleged provocations by Kiev and US warships in the Black Sea as reasons for its troop build-up.

Since Russia annexed the Crimean Peninsula seven years ago, it has been funding a war in the Donbass, which has killed more than 14,000 people.

Against the backdrop of the Ukraine situation, Germany’s new Chancellor Olaf Scholz has been urged to stand up to Russian President Vladimir Putin.

Germany needs to be at the “centre” of western efforts to deter Russia, Mr Scholz has been warned by political expert John Callahan in an interview with Express.co.uk.

Mr Callahan is the Dean of the School of Graduate and Professional Studies at New England College in the US and has worked for the US State Department and in intelligence.

“Without a really tough German response, Russia is emboldened to act.”

The SPD leader has previously been democratic towards Moscow, but the build-up of Russian troops near Ukraine marks one of his first major political challenges.

Like Mrs Merkel, he has so far not taken a stance on the controversial Nord Stream 2 pipeline.

The £8billion energy infrastructure project, which has taken five years to complete, will deliver Russian gas to Germany.

Mr Scholz has been pressed to scrap the project by his coalition partners, as well as the UK, the US, and some EU nations.

He added: “They are looking to get fuel and get it from the east, they also have not been super hard on Russia or China in contrast to the other parties.”

DON’T MISS:
Mine explosion: Up to 75 miners trapped 820ft underground after airway blast [LATEST]
China ramps up space race with research for giant 1km-long ‘gravity’ orbiting ship [INSIGHT]
JFK assassination: How US President’s death could have been avoided ‘eight days’ before [ANALYSIS]

Mrs Merkel wanted to complete the pipeline and was happy to trade with Russia, as long as it complied on certain issues, according to Mr Callahan,

He said: “That’s been a stance of Germany for a long time, the gas situation for western Europe appears to be quite asymmetric with the power in Russia’s hands.

“But for a long time, Germany has stated, ‘well look it goes both ways and we can also not buy it’.

“But whether that’s really true or not in the dead of winter when people are cold, that’s a different question.”

On Ukraine, the expert said he did not think Mr Scholz would “stand by and allow things to happen”.

He also predicted that a Scholz chancellorship would likely pursue a similar foreign policy strategy to that of Mrs Merkel.

The expert said the “Russian invasion of Ukraine and the Donbass, and the pandemic” were among the “biggest crises” of outgoing Chancellor’s 16-year tenure.

He added: “I think that, through her pragmatism, she has brought a steady hand to the German government, which is something that they really crave – well we all crave it, but the Germans in particular.” 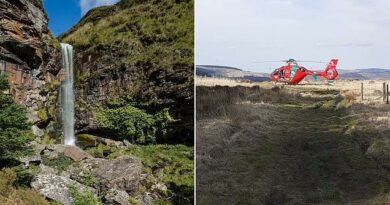 Teenager, 18, dies after falling on mountain walk to see waterfall 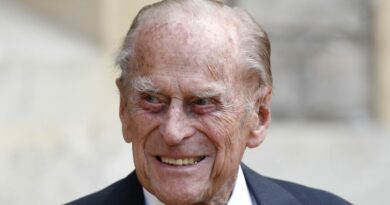