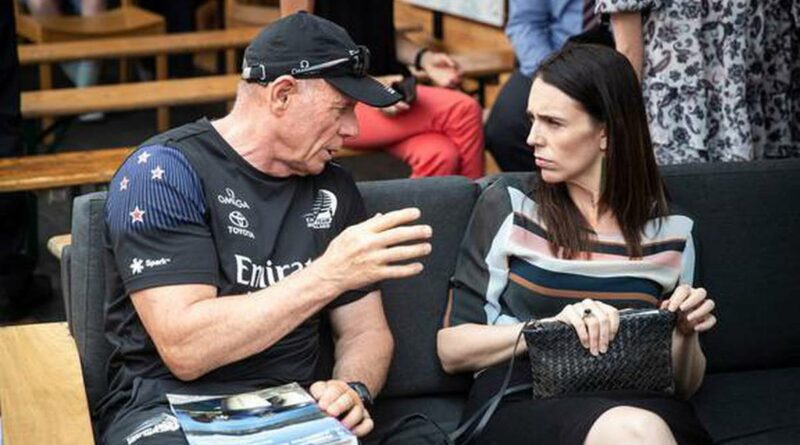 Auckland’s economy alone was left with a straight financial deficit of -$146m following the event – with a financial return of 72 cents back for every dollar put in.

The reports say when “unpriced social, cultural, or environmental effects” are taken into account, the return to the Auckland economy was 85 cents for every dollar spent, and 79 cents in the dollar to New Zealand.

Auckland Unlimited chief executive Nick Hill pointed to several positives of the event – including the most watched America’s Cup of all time with a total global audience of 941 million people.

“Record numbers of people tuned in from around the world to watch the AC75s fly across the Waitemata, and New Zealanders came out in the tens of thousands to show their support. Those stunning images will remain in people’s minds for years to come and we look forward to welcoming these visitors back when our borders allow.”

Auckland Council revealed today its spend on the event was $92m higher than had previously been made public because it had brought forward spending on already planned works. The council says bringing the work forward will result in future savings of $67m.

Council had previously stated their investment in AC36 was $113m – but today those costs were revealed to be $215.2m.

“To ensure the safe and successful delivery of the 36th America’s Cup, the Auckland Council group invested $215.2 million over four years across operating and capital expenditure,” a statement from council’s tourism CCO Auckland Unlimited said.

“This included $106 million spent on the development of key event infrastructure, and $14 million spent on city operations aspects such as transport services, crowd management and security, marketing and promotion and supporting peripheral events through the Summernova Festival.”

The $92 million in fast-tracked council work included removal of tanks in the Wynyard Quarter, upgrades to toilets, new biosecurity signage, extensions of CCTV and the relocation of SeaLink.

“While ultimately Tamaki Makaurau Auckland Aotearoa New Zealand were fortunate to be able to stage a safe and successful event during a global pandemic, it became clear early on that the event would be unlikely to return the investment made,” the Auckland, New Zealand’s Hosting of the 26th America’s Cup report, said.

“Fewer international challengers than originally forecast and the subsequent impacts from Covid-19, including international border restrictions, has contributed to the event not being able to realise the expected return.”

Another report – The 36th America’s Cup Impact Evaluation, which was independently conducted by Fresh Info – identified two main broad drivers that led to a benefit-cost ratio of 0.48 for New Zealand, meaning a loss of $292.7m.

The first driver was lower than projected levels of expenditure by foreign entities and visitors.

“Only 35 per cent of this expenditure would be considered a ‘net benefit’, so an additional five Challengers would have increased the net benefit by around $53 million.

“And while Covid-19 disrupted international travel at a critical time for the event, it is likely that international visitor numbers (including superyachts) would have been lower than projected in the absence of Covid-19 due to the lower-than-expected number of challengers.”

The impact of Covid-19 was also considered part of this first driver of low visitor numbers.

“Despite the lower-than expected number of Challengers, there was a high level of interest in the event among international sailing enthusiasts and high-net worth individuals. However, the border restrictions caused by Covid-19 prevented most of these people from visiting New Zealand,” The Fresh Info 36th America’s Cup Impact Evaluation report said.

The second driver for the $292.7m loss to the New Zealand economy was higher than projected public investment.

“The original economic projection was based on a $200 million investment by local and central government, while the actual investment was $348.4 million over four years plus the public funds costs of $74.2 million,” the report said.

“The variance was mainly caused by planned capital projects being brought forward by Auckland Council to align with AC36 projects (to reduce future disruption and duplication of effort), the rescoping of some of these projects to meet America’s Cup requirements, and the final cost incorporated operational and leverage expenses that were not included in the original economic projection.”

Hairdressers could reopen this month with staff