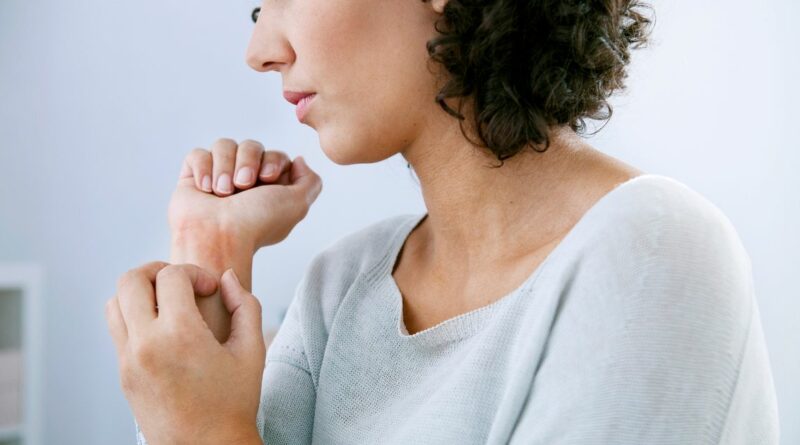 Omicron cases are everywhere in the UK and although it looks like infection rates might be starting to slow down in some areas, thousands of people are still catching it every day.

In total, over a million people are thought to be picking up the virus every week — in fact — in the last seven days alone 1,287,538 have tested positive in the UK.

It's no wonder people are gagging to know exactly how to spot the virus, but the new signs vary from the classic symptoms.

Previous symptoms, like a new cough, a loss of taste or smell and a fever aren't necessarily going to be as obvious as they were before – that's if they're there at all.

Instead, medical professionals are telling the public to watch out for some new symptoms…

What are the symptoms of Omicron?

While the new varient is maybe a little milder, it can be a lot harder to identify with many of the symptoms being similar to colds and winter sniffles.

In fact, the ZOE Covid app has found that the most common symptoms for vaccinated people are:

However experts are now warning that unusual skin rashes are also a new symptom.

According to the NHS, you should keep an eye out for three types of rash.

How to spot rashes linked to Omicron

The first rash is similar to prickly heat – it appears in small areas and is itchy and bumpy.

Discussing heat rashes, the NHS say it: "often looks red, but this may be less obvious on dark or black skin.

"The symptoms of heat rash are often the same in adults and children. It can appear anywhere on the body and spread. But it cannot be passed on to other people.”

Second up is a rash more similar to hives. It appears as raised bumps on the outer most layer of skin, often called the epidermis.

The prickly heat rash has been reported to last longer and can even stick around for a number of weeks.

The third type of rash is a chilblain-like one. This can be painful as the skin swells up.

Covid toe, which is a symptom that has been circulating for a while now, is believed to be a form of this third type of rash. It is thought to be the body's response to the virus as it works to fight it.

It isn't thought to be painful for everyone, although many have reported some discomfort and blistering, the Express reports.

This rash is generally thought to be more common amongst younger people.

What to do if you think you have Covid

If you think you might have Covid, take a lateral flow test immediately and report the result regardless of whether it is positive or negative.

If the test result is positive you must isolate for a minimum of seven days, providing you test negative on both days six and seven.

If you continue to test positive you may have to isolate for a full term of 10 days.