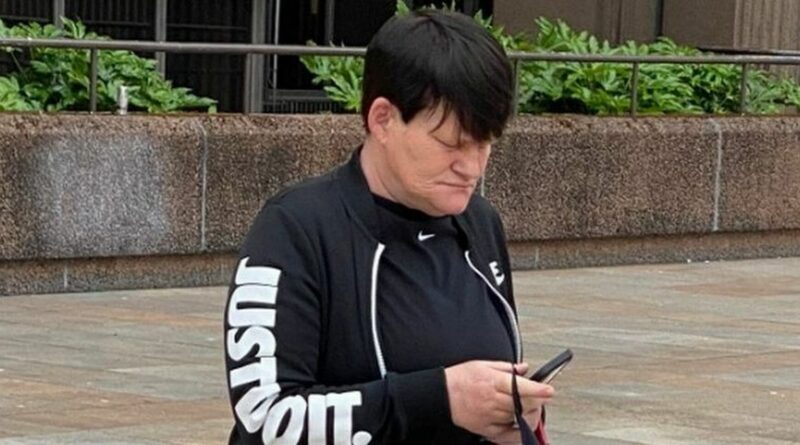 A grandmother of 12 threatened to burn down her scared elderly neighbour's home during an argument.

Patricia Kelly, 56, was involved in a row with neighbour Mavis Allum in Fazakerley Street in Liverpool when she told her she would burn her house down and "punch her f***ing head in".

The pair were involved in the argument following a previous altercation between Ms Allum's granddaughter and Kelly's friend Katie, the Liverpool Echo reports.

Prosecuting at Liverpool Magistrates' Court, Andrew Page said police were called on August 26 last year at 4.50pm following the threats, which Kelly claims she made after Ms Allum "threatened to get her locked up for nothing".

During a police interview, Kelly admitted the offences but claimed she "didn't mean it" and "agrees it was unacceptable".

In a victim personal statement Ms Allum said she had lived in the road for 56 years and "never had issues with neighbours" but began to feel "fearful in her own home".

She explained her husband has been diagnosed with cancer and the added stress of the threats were the "last thing we need".

Ms Allum said her granddaughter had struggled with her mental health since the incident.

She said: "I never thought after living in the same road I have lived in for 56 years I would feel unsafe."

The court heard that Kelly has previous convictions for dishonesty, dating back to before 1993.

Clare Roche, defending, explained that Kelly had originally been offered a caution on two conditions.

She said: "She says she was released from the police station with a conditional caution and two conditions; to write a letter to the complainant, both the complainant and her granddaughter, and also to attend an anger management course."

Kelly, of Fourth Avenue, said she had "overreacted" and is "ashamed for her behaviour".

Ms Roche said Kelly wrote the letter and the complainant was "thankful" but she was then told she was "unable to do the anger management course because of Covid."

As a result, Kelly was hauled before the court and sentenced.

Ms Roche said Kelly had lived in the street for 11 years and had never previously had issues with any neighbours, but that she became involved because of "issues with her friend, who lives in the same street, and the complainant".

She told the court that Kelly has overcome drug and alcohol misuse and suffers from anxiety and depression.

District Judge Wendy Lloyd, sentencing, said: "You made threats to burn the house down.

"You might not have felt that was so important at the time because you were just in a rage, I don't think you particularly knew what you were saying.

"The reality is this was taken very seriously by your neighbours who were very frightened about it."

She added: "What I don't really understand is this wasn't really your argument, you involved yourself in a neighbour's argument that had nothing to do with you."

District Judge Lloyd said the elderly victim was "already struggling" due to her husband's ill health.

The judge said: "She lived peacefully for 56 years and you have come along and disturbed that peace."

Kelly was handed a 12 month community order with an eight week curfew between 8pm and 8am.

She must complete 20 Rehabilitation Activity Requirements and an anger management course.

A two year restraining order preventing her from approaching the woman was also imposed.