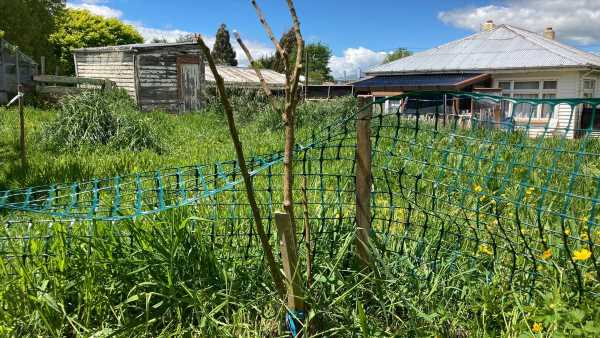 A newcomer to a rural Southland coalmining town says her neighbours are trying to drive her out over her environmental stance.

Tactics employed include burning coal on the fence line, and calling noise control over her well-behaved dogs, the resident claims.

However, one neighbour says even though their relationship is volatile, the coal-burning accusations are “stupid”.

Four years ago, Carol Cudby Robinson moved to Ohai from Marlborough with the aim of becoming mortgage-free.

She achieved her goal, but other challenges have presented themselves in a place where the controversial fossil fuel is still viewed as black gold.

In September, Cudby Robinson made headlines for sealing off the cracks in her doors and windows so coal smoke couldn’t get in, taking jabs at her pro-coal community in the process.

Last month, she featured in a TVNZ current affairs story about Ohai and the future of coal in New Zealand.

After she stuck her neck out, her neighbours had made life difficult, she said.

“I think they honestly believe in their little minds that they might be able to drive me out of town,” she said.

“But that just makes me think ‘Okay, fine’. I won’t get angry, I’ll just rise above it and just keep on with my stance about the environment.”

Cudby Robinson said that on two separate occasions last month, she had come home to find her neighbour burning coal in a drum next to the fence line.

She noted on a piece of paper that it had happened on October 21, and said it had also occurred a couple of days prior.

Her kākābeak plant had fallen victim to the fumes and died, she said.

She also said other neighbours had been calling noise control on her dogs, even though her border collies were well-behaved.

But Cudby Robinson was not one to sit back and let things unfold.

After receiving the complaint about the dogs, she knocked on doors to gauge the local feeling towards them, and she thought she had found the informant.

“This town’s only got 300 people, so it doesn’t take a rocket scientist to figure out who’s going to complain about your dogs.”

Meanwhile, her next-door neighbour, who NZME has chosen not to name, said the claim they burnt coal near the fence line was ridiculous because they were a keen gardener who loved plants.

The neighbour described their relationship with Cudby Robinson as “volatile at times”, but maintained the only things burnt in the open drum next to the fence were cardboard boxes that stray cats had urinated on, and an old tree that was taken down years ago.

“She’s okay, but she’s got some strange views.”

The neighbour also said Cudby Robinson had herself burned coal after arriving in the town.

“She’s got a coal range. I showed her how to get the damn thing going.”

Environment Southland regulatory administration team leader Donna Ferguson said the council had received a complaint about smoke and odour from outdoor burning on October 13, but the complainant indicated the smoke was not visible at the time of the complaint.

“We subsequently provided advice and education about our outdoor burning rules under the regional air plan to the neighbour,” Ferguson said.’ 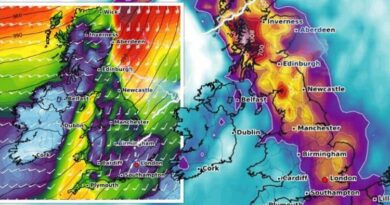