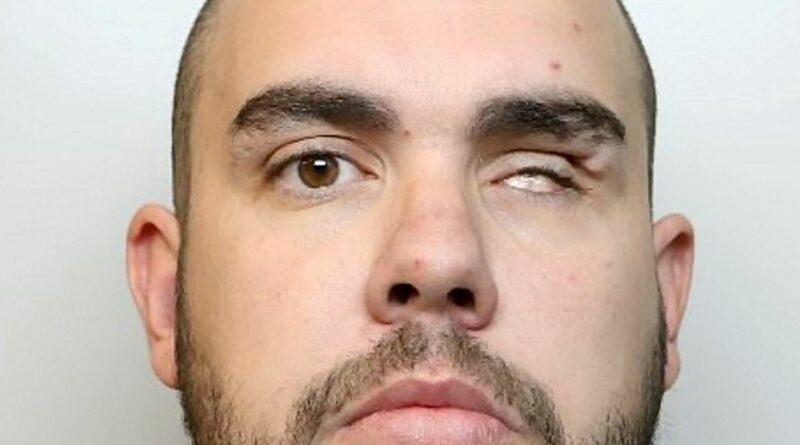 A one-eyed man who supplied illegal morphine to a teenager who later died from an overdose was told to "rot in prison" by the victim's mum as he was jailed.

Scott Moffat, 36, gave his colleague Ross Clark, 19, the liquid morphine after he began complaining of toothache at work.

A court heard Moffat had the morphine in his bag to treat his own pain as a result of a workplace accident in 2015, which resulted in him losing his left eye.

He told Ross to only take a small amount, but he returned 35 minutes asking for more at Rockingham Logistics Hub, in Corby, Northants, where they worked together.

Police were called when Ross did not reply to messages sent to him by friends and family.

Officers found Ross on his bed the next day foaming at the mouth and he was pronounced dead at the scene on February 15 last year.

Moffat, of Corby, admitted supplying Class A drugs which led to Ross's death and was jailed for two-and-a-half years at Northampton Crown Court on Tuesday.

As he was led to the cells, Ross's mother Ellen screamed: "You were not his friend.

"You killed my boy. I hope he rots in there."

Sentencing, Judge Rupert Mayo said: "The effect of his death on the family simply cannot be measured. The family is devastated by the loss of their 'miracle baby'."

"You supplied a drug to somebody… which you knew was dangerous."

"The aggravating factor is, obviously, and in my judgement a very significant factor, the death of Ross."

The court heard Ross, from Corby, died just two weeks after moving out of his parents' home, and hours after he had taken the morphine at work to treat minor pain.

A post-mortem examination showed he had died of a combination of the effects of taking morphine and cocaine. The origin of the cocaine has never been ascertained.

Ellen read an emotional statement in court describing the effects her son's death has had on her and her family.

She said: "The loss of my son Ross has been devastating. Before Ross passed away I had a happy life."

"I can't understand why it's so easy for someone to break the law."

"I'm angry and upset. The loss of my son has left a massive void in our lives."

Ellen said her first-born Ross was her 'miracle baby' after going through multiple miscarriages before giving birth to him.

She added: "That man [Moffat] gave that stuff to my son. He gave him drugs that contributed to his death."

"Who would take that stuff to work to give it to someone else? What has happened does not make sense to me. We have to live with his consequences."

"Ross had everything going for him. Our lives have been destroyed and will never be the same again."

Speaking after the hearing, Ellen said: "It does not matter what the sentence is because the outcome is not going to change for us."

"We have still lost our son. It is what it is."