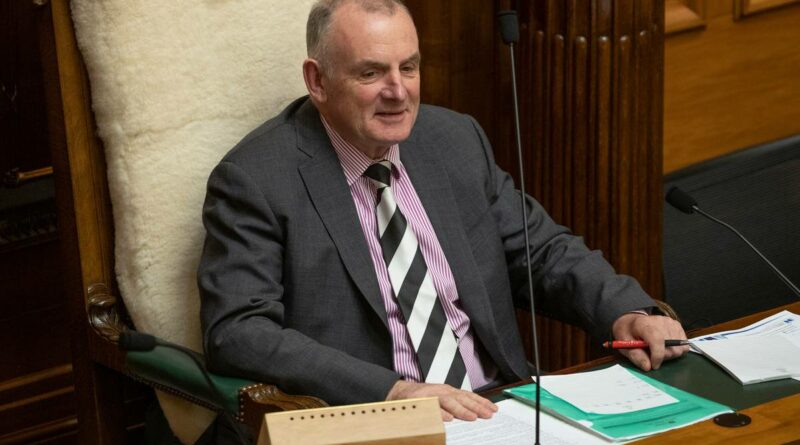 Senior National MPs Simon Bridges and Paul Goldsmith have stormed out of Parliament after an argument with the Speaker.

Goldsmith was arguing with Trevor Mallard, pushing back strongly on his decision not to let him continue his line of questioning of Education Minister Chris Hipkins in the House.

After a few minutes of back and forth, Mallard told Parliament it was time to move on.

During the exchange Goldsmith asked how he was supposed to know what Mallard was doing when he was not looking at the Speaker.

“By using your ears”, Mallard replied to much laughter in the House.

Goldsmith could be heard saying “waste of time” as he was leaving the chamber.

Bridges called Mallard a “twat” as he was leaving, according to several MPs who heard the exchange.

Goldsmith, who said he still had one question left, stood up and stormed out – yelling something at Mallard as he left.

Bridges, who was not involved in the argument, then followed his fellow MP out.

After Question Time today National attempted, for the second time, to pass a vote of no confidence against Mallard.

But, as expected, the motion was shut down by Labour and no debate or vote was held in the House.

The motion was moved by National’s shadow leader of the House Chris Bishop.

National has been at odds with Mallard this year, including attempting to move a no-confidence motion with the Speaker.

National want the Speaker gone, after it was revealed last year that Mallard cost $300,000 of taxpayers’ money to settle a defamation claim, after he falsely claimed an accused rapist was working at Parliament.

More than a year later, Mallard apologised to the staff member in question, through his lawyers, in a public written apology.

However Bishop had said that this was a “matter of principle” for National.

“We’re very clear that his behaviour is not up to the job of the Speaker,” he said earlier this month.

“It’s just simply not appropriate to have the Speaker of the House besmirching the dignity of Parliament in the way that he has and failing to uphold the standards of the House that he himself is in charge of enforcing.”

It’s likely National will continue to lodge no confidence motions in the coming weeks and months.

“We have about 200 sitting days this year, which I’m sure that the Speaker will have notices of motion in there for many of those,” National leader Judith Collins said earlier this month.

Collins said the no-confidence vote will be lodged “on the basis that we think we should”.

Asked if National planned to continue moving the motion over the coming weeks, she said: “Hopefully, it won’t be needed. Hopefully, the Prime Minister will take this matter seriously.”

But Jacinda Ardern had previously said that Labour would continue to support Mallard in his role as Speaker.

In December last year, she admitted that Mallard had “made a mistake”.