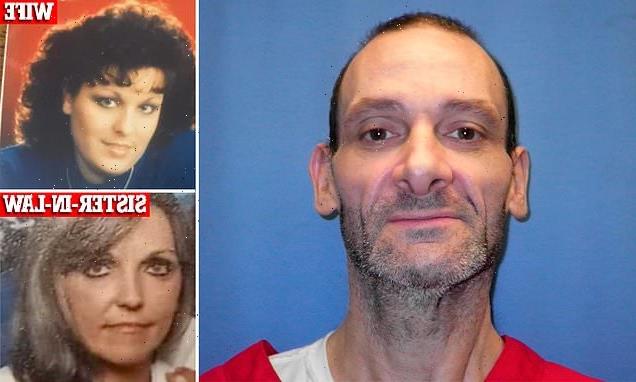 A pedophile who murdered his wife admitted murdering his sister-in-law shortly before he was put to death, and also revealed where the missing woman’s remains are buried.

David Neal Cox, 50, was sentenced to death after he shot his wife Kim Kirk Cox, 40, in May 2010 and let her bleed to death over several hours while he sexually assaulted his 12 year-old stepdaughter three times in front of her dying mother.

Before his execution by lethal injection on November 17, David told his attorneys he also killed his sister-in-law Felicia Cox in 2007.

Felicia, 40, was last seen with David in July 2007 when she was visiting Kim, in Pontotoc County, Mississippi.

David provided detailed instructions on where investigators could find her remains, said John Weddle, who is the district attorney for several northern Mississippi counties. 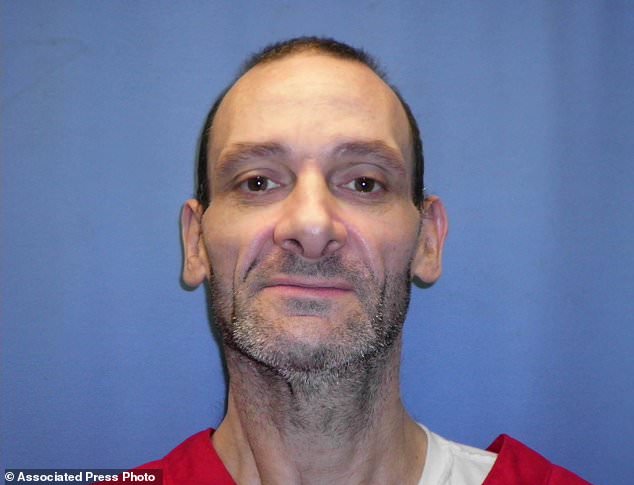 David Neal Cox, 50, confessed to killing his sister-in-law, Felicia Cox, shortly before he was executed on November 17 for fatally killing his estranged wife and sexually abusing his stepdaughter 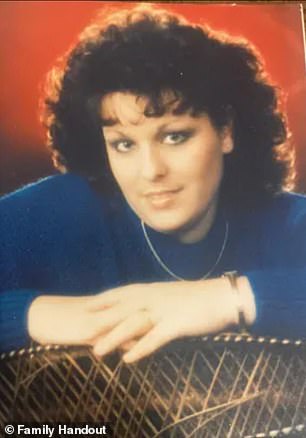 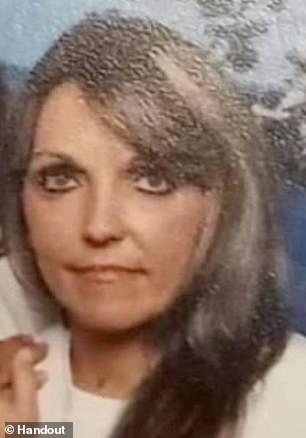 David killed his estranged wife, Kim Kirk Cox, (left) in 2010. He was also a longtime suspect in the 2007 disappearance of Felicia Cox (right) 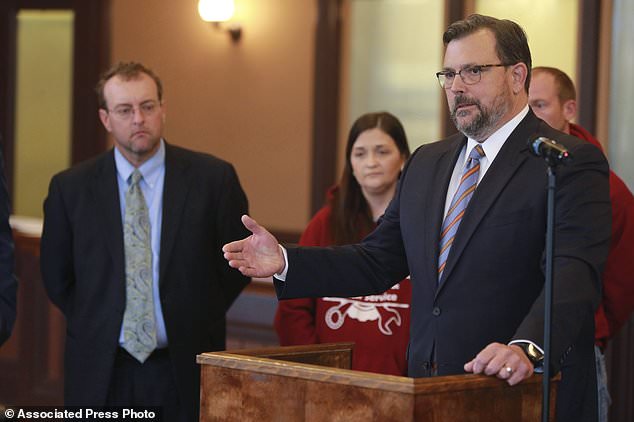 District Attorney John Weddle (right) spoke to reporters Monday, December 6, at the Pontotoc County Courthouse, in Mississippi regarding information provided to his office by the attorneys of David Neal Cox 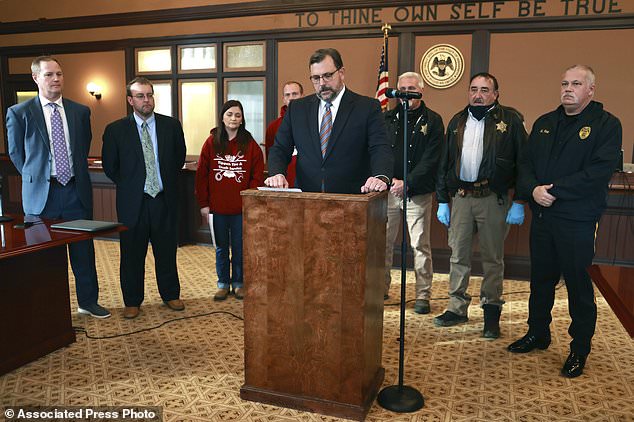 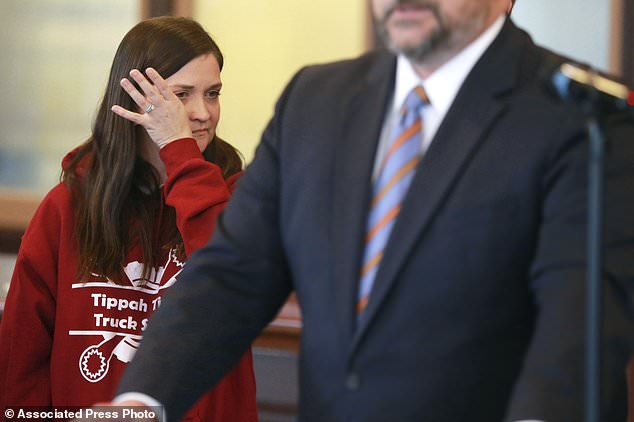 Weddle said David has been a longtime suspect in Felicia Cox’s disappearance.

‘There is no indication that anyone other than Cox is responsible for Felicia Cox´s death,’ Weddle told a news conference.

Weddle said David made the disclosure about his sister-in-law to his attorneys in late October and waived his attorney-client privilege after death.

The information was presented to Weddle’s office two days after David’s execution, the district attorney said.

Weddle did not disclose the location Cox provided but said it is in Pontotoc County, where Felicia was last seen.

He said investigators are preparing to begin recovery efforts. Mississippi State University archaeology and anthropology experts are on hand to assist if the remains are located, Weddle said.

‘We would like to stress that locating the remains of Felicia Cox is not a foregone conclusion,’ the district attorney added. ‘We are hopeful that the information is accurate and that recovery efforts will be successful so that Felicia’s family may give her a proper burial.’

Felicia’s daughter, Amber Miskelly, was present at the news conference, standing next to her husband. She was silent as Weddle spoke, but wiped away tears. Miskelly had just turned 18 when her mother went missing.

David was the first inmate executed in Mississippi in nine years. Before his execution, he abandoned all appeals and filed court papers calling himself ‘worthy of death’ before the state Supreme Court set his execution date.

Cox pleaded guilty in 2012 to capital murder for the May 2010 fatal shooting of Kim Kirk.

He also pleaded guilty to multiple other charges, including sexual assault. A jury handed down the death sentence.

Among the people who witnessed the execution was David’s stepdaughter, 23-year-old Lindsey Kirk. She was 12 on May 14, 2010, at her aunt’s house, where she was staying along with her two brothers and mother. 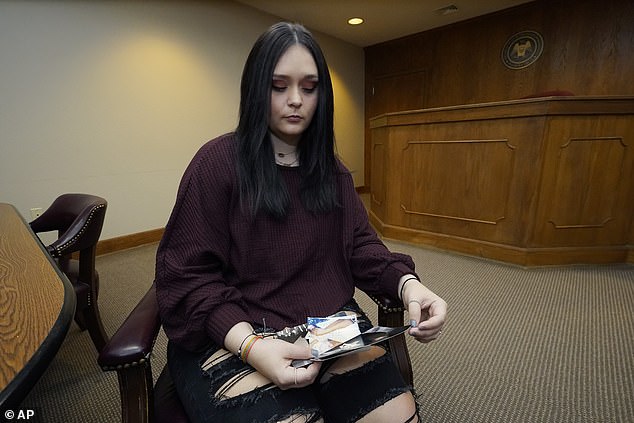 Lindsey Kirk, 23, was sexually assaulted by her stepfather in front of her dying mother 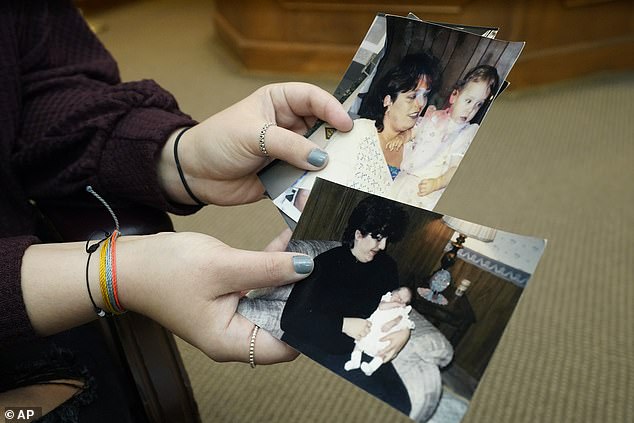 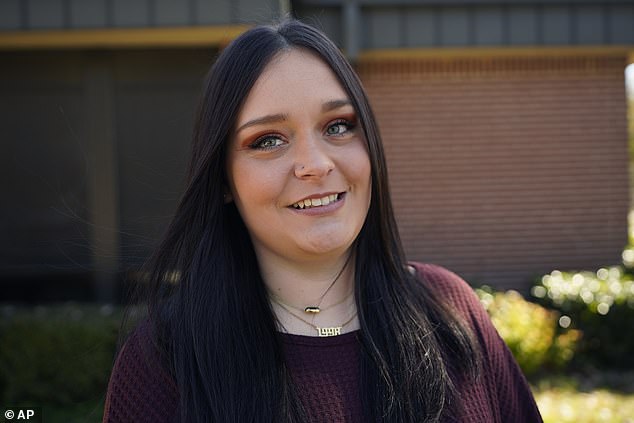 He then dragged Lindsey, then 12, into the room and abused her several times in the eight hours he trapped her and her younger brothers in the house

They had been granted a restraining order against David. Her mother was in the back of the house filling the bathtub for her little brother.

‘A gunshot came through the screen door, and he ran in and told me not to move,’ Lindsey said of her stepfather, who chased her aunt, Kristie Salmon, out of the house.

Lindsey was not in the room when her stepfather shot her mother in the arm and abdomen, but he soon took her back there.

‘Mama was laying on the floor. She was bleeding,’ Lindsey said. Her brother ‘was balled up in a closet.’

Her stepfather then sexually assaulted her three times in front of her dying mother – even as police surrounded the home and tried to get David to release Lindsey, along with her two brothers.

The ordeal lasted more than eight hours before officers got the three children out, recovered Kim’s body and arrested David.