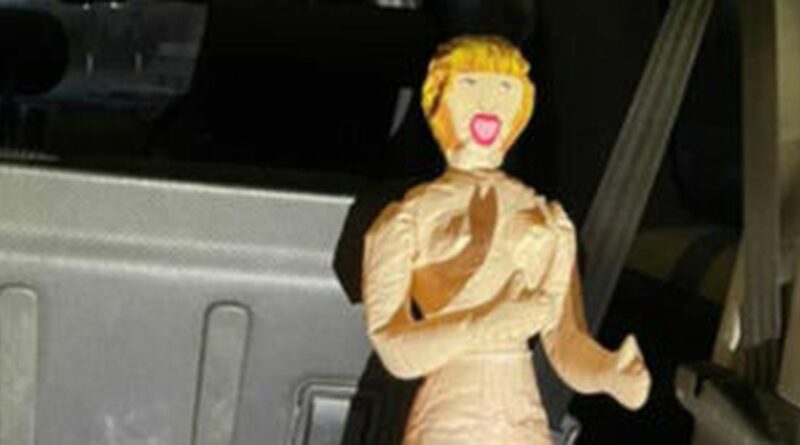 Baffled police found an inflated sex doll in the back of an abandoned car after a high-speed chase.

The vehicle was found in Doncaster, Yorkshire, on December 30, after crashing into a bus.

Its passengers ran from the scene, but are set to speak with officers “in the new year”.

Doncaster East NHP posted on Facebook: “So this vehicle made off from officers in the Askern area of Doncaster yesterday and was recovered in Barnby Dun a short while later after a brush with a bus.

“The occupants ran away but unfortunately for the driver, police cars have windows and officers have eyes.

“They have agreed to come in for a chat in the new year. We are interested in the contents of the boot, although it isn't a criminal matter.”

Referencing an episode of Only Fools And Horses, the force afterwards commented: “We'll follow up with the occupants this time next year to see if they actually are millionaires.”

Dozens of Facebook users were intrigued by the bizarre discovery.

One responded: “Maybe they were just taking the girlfriend out for a romantic drive in the countryside?”

Another asked: “Does this go against the rule of mixing with other households?”

A third added: “Wasn’t Del Boy and Rodney was it?”

Last month, a bodybuilder who wed hissex dollin a groundbreaking ceremony revealed she tragically broke just days before their first Christmas together.

Yuri Tolochko, from Kazakhstan, said her safe return would be "a gift for both" of them.

Hetied the knot with Margo at a ceremony attended by dozens of guests in November .

He first met her at a nightclub, andthe pair were due to get married in March this yearbefore thecoronaviruspandemic threw the world into turmoil.