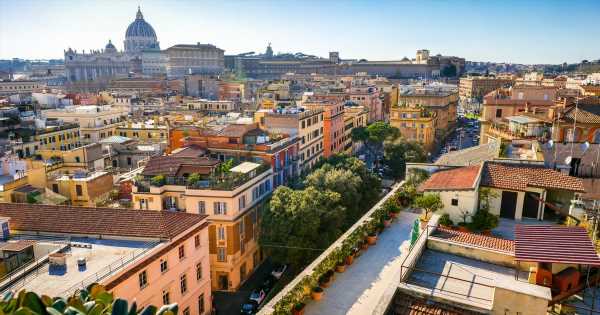 Police are hunting for a possible serial killer in Rome after the discovery of three dead female bodies.

The women, who were sex workers, had all been stabbed before being found in two separate apartments in the Italian capital city's upmarket district of Prati.

Two of the victims, whose bodies were located at the same property on Via Augusto Riboty, were Chinese and aged between 40 and 50.

One of the bodies was found on the doorstep of the apartment on Thursday morning by a porter, while the other was inside the building.

It was confirmed, meanwhile, that both women suffered stab wounds to their throat, chest and back.

The body of a Colombian woman Marta Castano Torres, 65, was also found by her sister in a basement apartment on a neighbouring street.

According to Italian media outlets, she was working in the sex industry to try and support her daughter financially and it is believed she was killed before the other two victims.

All the women were killed less than half a mile from Italy's supreme court in a well-heeled area that has witnessed a rise in criminal networks running prostitution businesses out of apartments.

Organised prostitution and brothels are illegal in Italy, while street prostitution is permitted, and the killings have renewed calls for prostitution to become a regulated profession to protect the country's sex workers.

Ermina Gbido, from the Committee for the Civil Rights of Prostitutes, said: "These murders are horrific. For sure, there are criminal networks that manage sex workers in apartments, exploiting them and making them go from apartment to apartment, working long hours.

"This is a nasty business. But we also need to understand that there are those who want to do this work but cannot do it in a place of safety as the norms do not allow it."

Bloke ends up with ‘super-gonorrhoea’ after unprotected sex in Cambodia