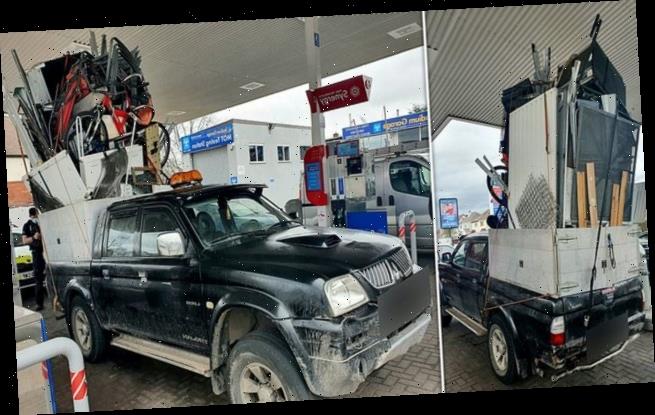 Police officers were stunned after pulling over this dangerously overloaded pick-up truck piled high with scrap metal and held together with only three pieces of rope.

Shocking photos show the huge mound of scrap waste towering into the air after being precariously balanced on the back of a Mitsubishi L200 Trojan.

The learner driver was pulled over by baffled officers at Stadium Garage petrol station in Cannock, Staffordshire, at around 5pm on Sunday.

Traffic officers found the motorist only held a provisional driving licence and took to social media saying: ‘Just when you thought you’d seen it all.’

They slammed the driver for the ‘dangerous condition’ of the vehicle.

They posted images of the black 4×4 showing how garden chairs, bikes, radiators, a lawnmower and an outside metal table were held down with just three tie cords. 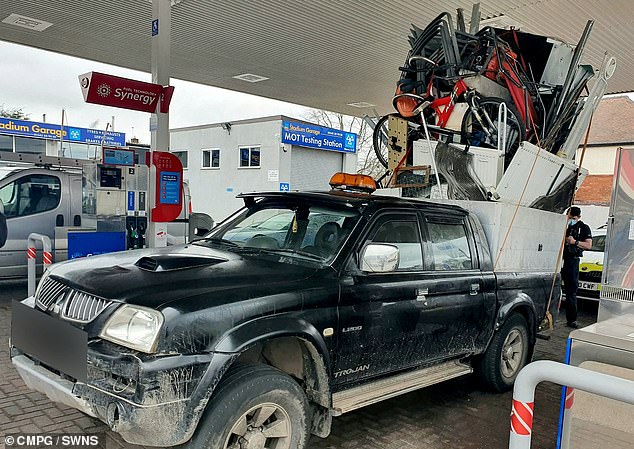 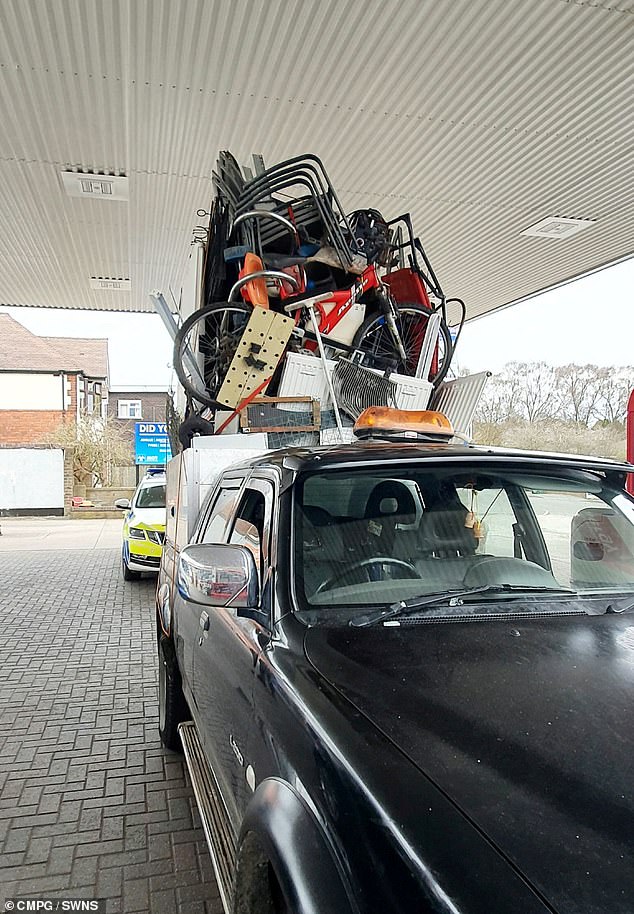 A white box had also been attached to the back in an attempt to hold together the mountain of trash, which almost reached the roof of the service station forecourt.

Central Motorway Police Group (CMPG) tweeted: ‘Just dropped off the network to help our colleagues at @StaffsPolice @CannockPolice with a bit of advice with this one.

‘Being driven by a provisional licence holder. Just when you thought you had seen it all.’

The pictures sparked outrage on social media, with many highlighting how dangerous the load could be to other drivers.

Neil Smith said: ‘One hard slam on the brakes and most of it will be launched all over the road in front of the vehicle!!’ 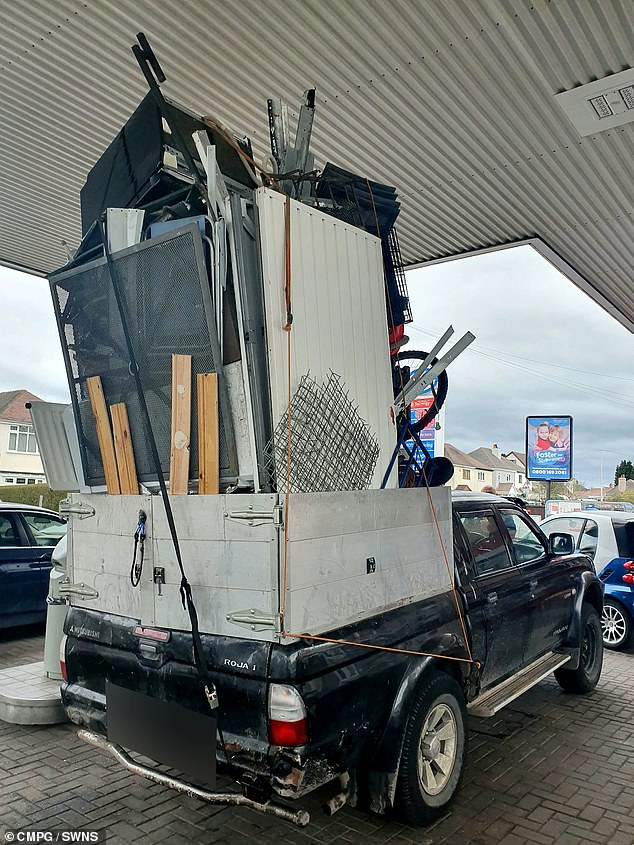 The pick up truck was stopped by police on Sunday at a service station in Cannock, Staffordshire

Others tried to see humour in the police stop, taking to Twitter to joke about the situation.

Philip Rogers replied: ‘I would not want to play them at Tetris. In the real world I hope someone throws the book at them.’

Chris Evans wrote: ‘Can’t quite see the Kitchen Sink… but everything else is there.’

Colin Merritt added: ‘I really don’t know whether to be horrified at their stupidity or impressed with their packing and stacking skills.’