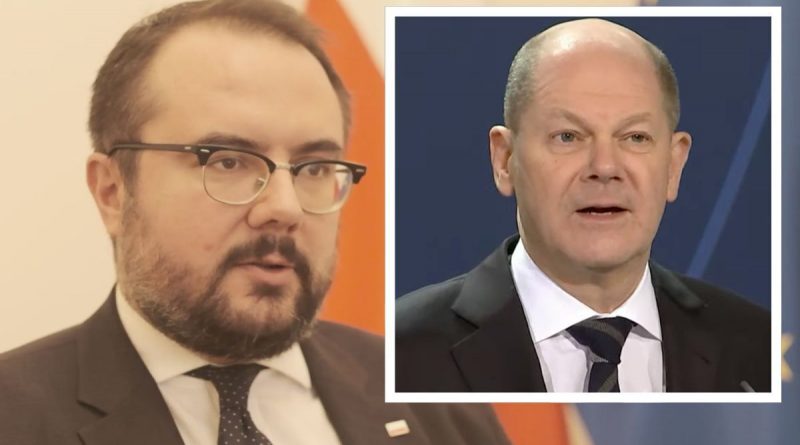 Polish MP Pawel Jabłoński expressed Warsaw’s scepticism over Russia-German ties during a sit-down with the Express before Boris Johnson’s explosive suggestion that Berlin had favoured a “quick” Russian victory back in February. Berlin has reacted to Mr Johnson’s claims with a strongly worded rebuttal, arguing the former Prime Minister has a “unique relationship with the truth.” Speaking the Express.co.uk, Mr Jabłoński voiced dismay at Germany’s historically pro-Russian stance and questioned whether “corruption” lay behind some  European politicians’ unwillingness to strongly confront Moscow.

“They are acting the way they are because very often they are somehow corrupted by Russia.”

He pointed to the case of former German Chancellor Gerhard Schröder who was nominated to join the board of directors at Gazprom, the state-owned Russian energy company.

Mr Jabłoński explained: “This is not just a theory or some conspiracy that we are accusing politicians of other countries of, if we look at the past, Russia was able to even corrupt a former German Chancellor, the top politician in the largest country in Europe.

“His policy was internally pro-Russian when he left his office he was rewarded for this by getting employed in Rosneft and Gazprom, very luxurious positions.

“This is how this political corruption works, there were many other examples.

“If this was happening at the very top of European policy we need to assume that still there are many more that are acting in this way.”

Mr Jabłoński told Express.co.uk that the countries closer to Russia had “learnt the hard way” not to allow their politics to be influenced by Russia, and called for the former Warsaw Pact states to be granted a greater voice in Europe regarding Russia.

It comes after Mr Johnson told a CNN interview: “The German view was at one stage that if it were going to happen, which would be a disaster, then it would be better for the whole thing to be over quickly, and for Ukraine to fold.

“I thought that was a disastrous way of looking at it.

“But I can understand why they thought and felt as they did.”

The Prime Minister later added that Europe is now united in opposition to Putin’s war in Ukraine.

He said: “After all my anxieties … I pay tribute to the way the EU has acted. They have been united.

A spokesperson for German chancellor, Olaf Scholz has publically dismissed Mr Johnon’s version of events from the opening stages of the Ukraine invasion.

The official said: “We know that the very entertaining former prime minister always has a unique relationship with the truth; this case is no exception.” 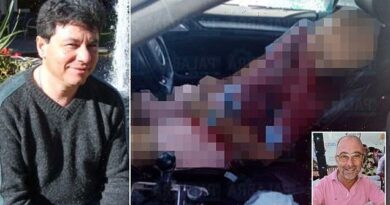 Brit estate agent murdered for 'standing up to drugs cartels'

Canadian narrowly escapes Australia’s firestorm with family: ‘It felt like a movie’