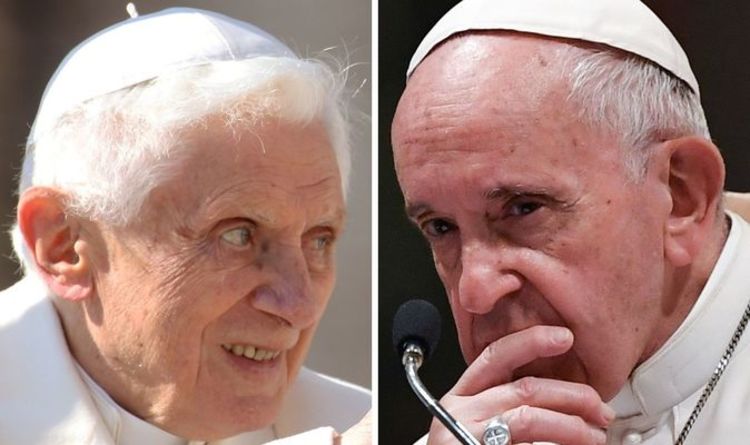 Francis risked the wrath of conservatives such as Benedict within the Vatican, after he made the groundbreaking decision to appoint Nathalie Becquart to a senior role, previously only ever held by men. The 84-year-old’s decision further strengthened Francis’ growing appeal with liberals inside, and outside of the church, with Sister Becquart becoming undersecretary of the synod of bishops. The move, which sees Sister Becquart become the first woman to vote on church matters, was hailed by secretary general of the synod, Cardinal Mario Grech, who said it showed Francis’ desire to have “a greater participation of women in the decision-making in Catholicism” had been realised.

Despite the positivity surrounding the appointment, Lynda Telford – an author who focuses on Vatican matters – said Benedict and other traditionalists would be furious at Francis’ decision.

While Francis aims to implement a more modern agenda, displayed by his comments on homosexuality and gender, the likes of Benedict argue Catholic traditions must be observed.

In one encounter, the pair were at odds over celibacy, as Benedict said married men should not be allowed into the priesthood, because only men devoted to the church can operate sufficiently.

Ms Telford, who penned Women in the Vatican – Female Power in a Male World, argued that the world had moved on since Benedict ended his reign in 2013. 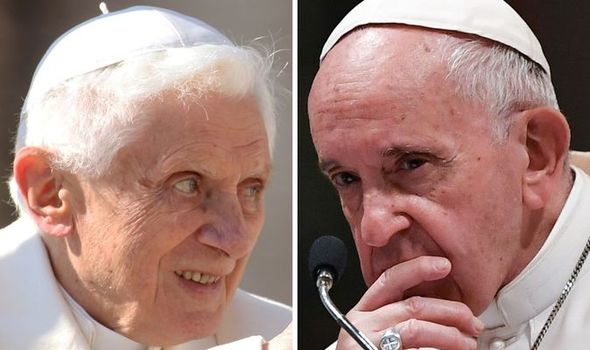 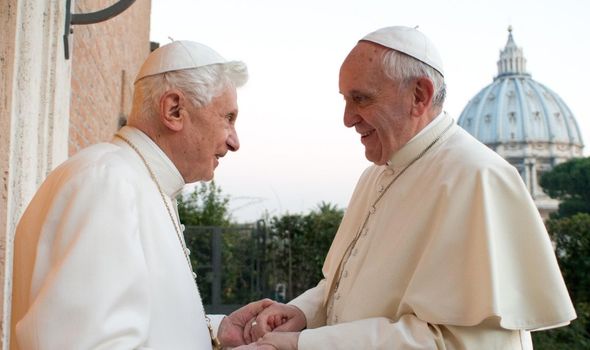 Now the public wanted a more relatable person as the head of the church, and not someone “stuck in the past”, Ms Telford observed.

Speaking to Express.co.uk, the writer said: “The days of a distant Pope, being carried around wearing a huge tiara, are over.

“People want someone ‘real’ now and I think the Church ignores this at its peril.”

She detailed how Francis is “loved by the people”, but that a younger section of the traditionalist wing of the Vatican had damaged the church’s reputation. 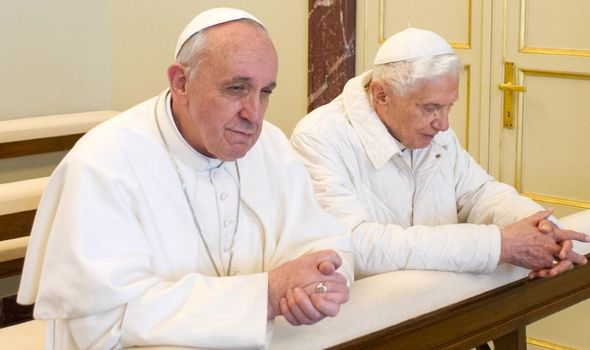 She added: “I’m sorry to say there’s a ‘dampening’ going on to prevent Francis from becoming too popular. Benedict seems to be making Francis’ life a misery with his opinions.

“Unfortunately there are many idealistic young priests in Rome, living in a bubble, who want to take the Church back to Medieval times, and imagine Francis is wrong to reach out, but their way is losing Church members daily.”

Cardinal Grech commended Francis’ decision by saying it “emphasised the need that the entire Church reflect on the place and role of women within the Church”.

Ever since Benedict stood down due to ill health eight years ago, reports of a rift between the two popes have continued to dominate Vatican discourse. 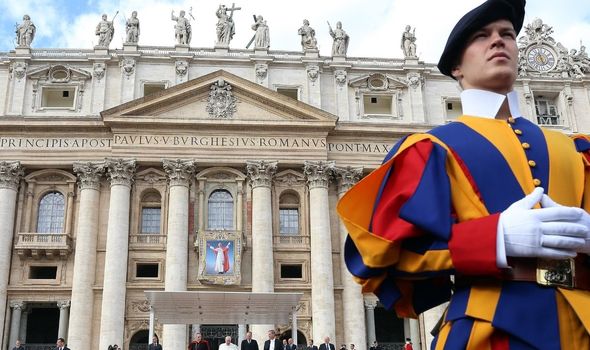 It was the first time since the 1400s that a living pontiff has stood down, and Benedict’s presence continues to be felt throughout the Vatican.

Critics claim Benedict continues to hamper Francis, and his bid to rid the Catholic church of its seemingly outdated traditions.

The spat between the two has left many observers fearing for the fate of the church – especially if Francis is unable to fulfil his mandate of dragging Catholicism into the 21st century.

But one decision Benedict made left Vatican insiders, and worshippers alike, furious after he went behind the church’s back to publish a book on celibacy, at a crucial time when Francis was deciding to relax the laws.

Co-authored alongside Cardinal Robert Sarah, From the Depths of Our Hearts was highly critical of any move allowing married men into the priesthood. 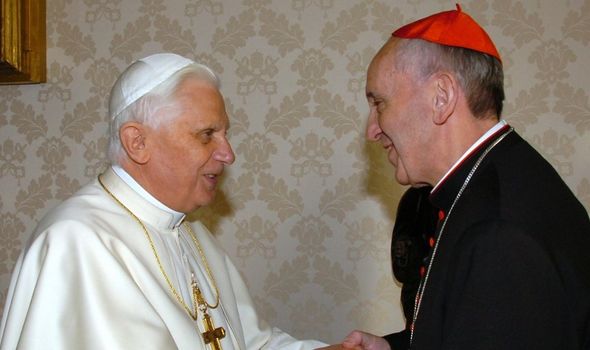 Within the text, Benedict said that “given that the conjugal state affects all men, and that the service of the Lord requires also a complete giving of man, it does not seem possible to realise both vocations simultaneously”.

The former pontiff had originally vowed to let his successor carry out his own designs for the church, and YouTube channel Rome Reports said that the move therefore disappointed those close to the Vatican.

It reported: “Some are surprised that Benedict has published a book on this issue.

“According to Pope Emeritus’ secretary, he is in no condition to give speeches on complex topics despite being coherent.”

The channel claimed that Cantagalli, the book’s publisher, said the two co-authors were only “in search of the truth in love for the unity of the church” and in no way criticised Pope Francis.

Britons fight off lockdown blues by putting their Christmas trees up