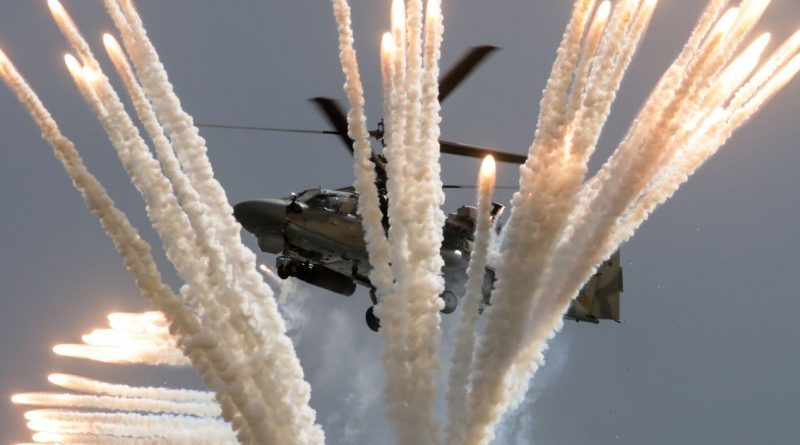 Vladimir Putin's army has destroyed one of their own helicopters after it opened fire on friendly troops.

Worth around £12million, the Ka-52 'Alligator' helicopter was brought down in the Kherson region of war-torn Ukraine, with the humoured Ukrainian brass thanking Russia for the “gesture of goodwill”.

Russian troops in the occupied region are understood to have come under fire from three passing helicopters, before firing back and scoring a hit so good they felled it from the sky.

Unfortunately for all involved though, it turned out that the helicopter had been on their side all along.

This week’s friendly fire is just the latest in an embarrassing run of similar incidents.

Last week a Russian Su-34M fighter jet worth around £35million was expertly shot down by Putin’s forces in Ukraine.

They had been trying to destroy HIMARS rocket launchers supplied to Ukraine by the USA.

The launchers have been a successful addition to Ukraine’s war effort, reportedly causing chaos among Russian forces.

But instead of taking out a valuable enemy weapon, though, Putin's men only managed to down their own bomber over Alchevsk, in Luhansk.

Footage of the wreck emerged the next day, where the words “Russian Aerospace Forces” can be read on the side.

Elsewhere in the war, US-supplied rocket systems have been successful in destroying a bridge that Russia had been using as a key supply route.

Crossing the Dnieper River, the Antonivskyi Bridge had been of tactical significance to Russian forces and although it is still standing is now understood to be pierced with holes stopping vehicles from crossing.