The new logo was submitted to Russia’s intellectual property agency on Saturday for Uncle Vanya. Prior to that, the Russian parliamentary Speaker said that McDonald’s would be replaced by a new chain called Uncle Vanya’s.

Viewers of the new logo were quick to point out its striking resemblance to McDonald’s logo, with Twitter users saying it looked “suspiciously familiar”.

The Uncle Vanya logo purports to show a cyrillic “B”, which refers to the “V” in Vanya.

The producers of the logo opted for a yellow logo on a bright red background, with the restaurant’s name in white.

Eagle-eyed observers may notice that the iconic golden arches had even been stitched hastily to a yellow bar, which does not perfectly line up at the bottom.

Last Tuesday, the fast food giant announced it would temporarily close all its stores in Russia over the conflict in Ukraine, and pause operations in the country.

He added: “We join the world in condemning aggression and violence and praying for peace.”

It became one of many household brands to cease trading in Russia as a result of the war, including Starbucks, Apple and Coca Cola.

The decision by McDonald’s to stop serving in 850 branches across Russia stoked anger among Russia’s flailing leadership.

Vyacheslav Volodin, the Speaker of Russia’s Duma, told the parliamentary house last week: “McDonald’s announced that they are closing.

“Well, good, close down! Tomorrow there won’t be McDonald’s, but Uncle Vanya’s.”

His comments followed those of Sergey Sobyanin, Moscow’s mayor, who said that the city would allot the equivalent of £3.3million for the creation of a new Russian fast-food chain.

Yesterday, ITV reported that the Kremlin was now drafting a bill that would allow it to seize the assets of multinational companies that withdraw from Russia.

The new law provides the framework for McDonald’s stores in Russia to be requisitioned and allowed to continue trading without paying a licence fee to the brand.

The Uncle Vanya logo was filed for trademark by Russian Field-Logistics LLC.

According to Russia’s Interfax news agency, the company deals with housing and the transportation of goods.

The closing of McDonald’s stores in Russia marks an abrupt end to post-Cold War relations between the country and the West.

McDonald’s first opened in Pushkin Square, in central Moscow, 32 years ago as the Soviet Union was collapsing.

The opening of the restaurant at the time represented the slow fall of the iron curtain, and an opening up of Russia to Western influence.

From war to diplomacy, Iran weighs response to Soleimani's killing 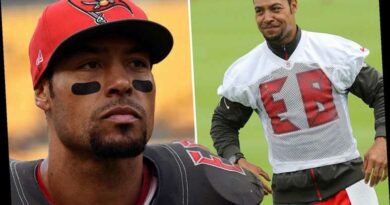