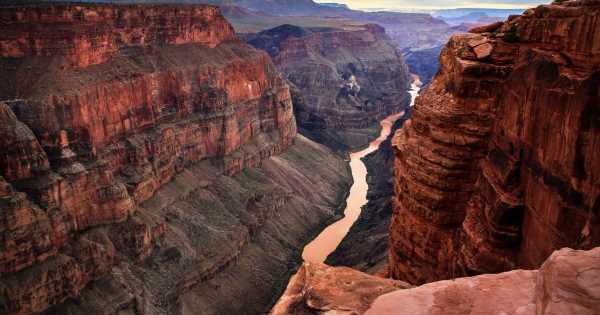 Recovery crews searching for a missing man in the Grand Canyon found a completely different missing person instead.

The team had been looking for Hungarian Gabor Berczi-Tomscany in August when they stumbled upon the remains of a man they believe to be Scott Walsh, 56, from Brooklyn, New York.

Walsh was last seen getting off a shuttle bus near South Rim in 2015. DNA testing is underway to confirm the identity of the body.

"It happens every once in a while here during searches that we end up finding people we weren't expecting," park spokesperson Joelle Baird told NBC.

Tomscanyi, who lived in Hong Kong, was reported as lost in July to Las Vegas Police Department. The specialist team had been looking for him with a helicopter when they found the other body.

Tomscanyi's car was located in a Grand Canyon parking lot in mid-August and his body was found a few days later.

His remains were found about 430 feet below the canyon’s rim at Yavapai Point. Police determined that he died from a traumatic fall.

The other body was found about 600 feet below the Pipe Creek overlook and about three miles from where Walsh’s day pack was found in 2015, Baird said.

“The fact that he was found was just coincidental,” she added. “We weren’t necessarily looking for him, and he wasn’t a person that was really on our radar.”

The park hasn’t been able to locate any immediate family but has talked with friends of Walsh, Baird said.

She added that eight people are still listed as missing from the Grand Canyon or last seen there over the past 10 years.

In January last year, a man who was missing for 11 days in the Grand Canyon amid sub zero temperatures was found alive.

Martin Edward O'Connor, 58, vanished on December 22 and was not seen until hikers reported seeing him along the New Hance Trail on New Year's Day.

Merkel warns against racism on anniversary of German reunification

Who are Irrfan Khan’s children? – The Sun