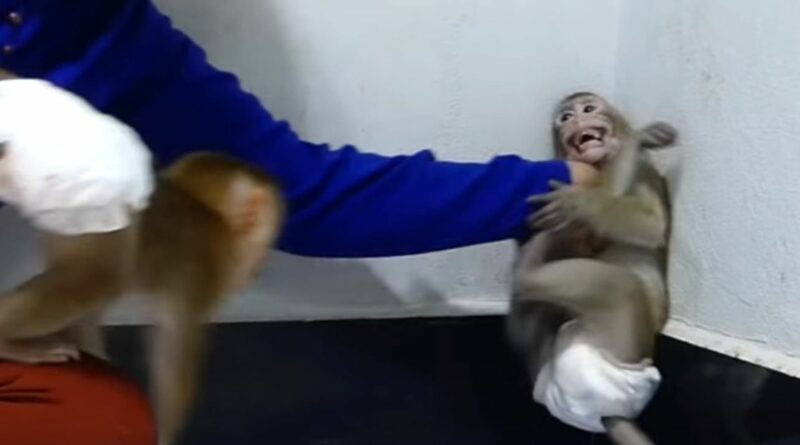 Social media content creators are torturing and causing prolonged suffering to thousands of animals across the world in order to earn money and followers, according to a year-long investigation.

Platforms like YouTube, Facebook, and TikTok are seeing horror videos that include baby monkeys being buried alive, kittens being set alight and puppies being crushed to death by snakes.

In videos that were uploaded in just a three-month window, it is estimated that YouTube earned over $12m (£8.8m) from animal cruelty content, with their creators pocketing almost $15m (£11m).

The investigation found that videos featuring animal cruelty are being streamed "on a monumental scale" with billions of viewers.

Between July last year and this month, 5,480 links to videos containing animal cruelty were found on Youtube, Facebook and TikTok, all of which were earning money, The Independent reports.

Investigators found that these videos had around 5.3 billion views alone.

The report authors write: "We documented shocking footage of individual wild animals kept as pets and repeatedly abused on camera. Kittens and other young animals were set alight as the filmmakers laughed.

The investigation found that the UK was worryingly the 3rd highest country for the uploading of cruelty content.

Viral YouTube videos from Thailand last year saw a dressed-up chimp spraying disinfectant and another showed a puppy being crushed by a python so the creators could stage a "dramatic rescue".

Instagram has also been the target of criticism for allowing videos and images of animal cruelty.

YouTube was found to have the most videos depicting cruelty, but Facebook reportedly allows the most groups and pages where disturbing content can be freely shared.

Videos most commonly feature birds, dogs, and cats being abused – but some videos have included bears, gibbons, chimps, and pythons.

Alan Knight, chief executive of International Animal Rescue, said: "It is inexcusable for social media companies to turn a blind eye to the sickening scenes of animal abuse posted on their platforms. It is their moral responsibility to crack down on content showing animals forced to suffer for entertainment and financial gain.

"There’s no doubt these media corporations have the power to remove these vile videos, and it’s reprehensible that they haven’t done so already.

"They feed the basest instincts of a depraved minority and must be denied a platform and an audience to stamp them out."

The organisations have called on YouTube, Facebook, TikTok, and other social media platforms to work with experts to develop better and "robust" monitoring systems to remove cruel content without relying on viewers reporting it.

They say that even trying to talk to bosses at the giant platforms is a challenge.

Adam Parascandola, of Humane Society International, said: "The devastating data revealed by this only scratches the surface in exposing the shocking extent of cruelty promoted on social media.

"Now more than ever, it’s time for social media platforms to stop profiting from animal suffering and instead take action to end this devastating cruelty for clicks."