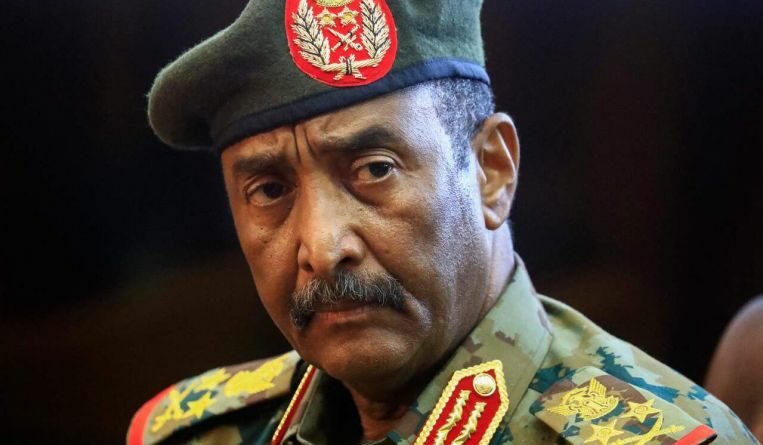 KHARTOUM, SUDAN (REUTERS) – Sudan’s armed forces chief defended the military’s seizure of power, saying he had ousted the government to avoid civil war, while protesters took to the streets on Tuesday (Oct 26) to demonstrate against the takeover after a day of deadly clashes.

On Tuesday evening, the Sudanese Professionals Association group of trade unions said it had “reports of retaliatory attacks by coup forces on protesters’ gathering sites” in the capital Khartoum and other cities, “using bullets, and attempts to break through barricades”.

United States Secretary of State Antony Blinken spoke with Mr Hamdok on Tuesday, welcoming his “release from custody” and reiterating a call for the Sudanese military to release all civilian leaders in detention, the State Department said.

Speaking at his first news conference since announcing the takeover, General Abdel Fattah al-Burhan said the army had no choice but to sideline politicians who were inciting against the armed forces. He said the military’s action did not amount to a coup.

“The dangers we witnessed last week could have led the country into civil war,” he said, an apparent reference to demonstrations against the prospect of a coup.

Mr Hamdok, who was arrested on Monday along with other members of his Cabinet, had not been harmed and had been brought to Mr Burhan’s own home, the general said.

“The prime minister was in his house. However, we were afraid that he’d be in danger so he has been placed with me in my home,” Mr Burhan said.

Later on Tuesday, a source close to Mr Hamdok said he and his wife were at their home and under tight security. Family sources said they were unable to reach Mr Hamdok or his wife by phone.

Mr Burhan had appeared on TV on Monday to announce the dissolution of the Sovereign Council, a body set up after Mr Bashir’s overthrow to share power between the military and civilians and lead Sudan to free elections.

Mr Siddig Alsadig Almahdi of the Umma Party, which had a representative on the Sovereign Council, was arrested at his home, and activist Ismail Al-Tag, a lawyer who was active in the 2019 anti-Bashir protests, was also arrested, Foreign Minister Mariam Al-Sadiq Al-Mahdi told Al Jazeera TV.

Mr Hamdok remains “the executive authority recognised by the Sudanese people and the world”, the Facebook post said, adding that there was no alternative other than protests, strikes and civil disobedience.

Sudanese ambassadors to 12 countries, including the US, United Arab Emirates, China, and France, have rejected the military takeover, a diplomatic source said on Tuesday.

Ambassadors to Belgium and the European Union, Geneva and United Nations agencies, China, South Africa, Qatar, Kuwait, Turkey, Sweden and Canada also signed on to the statement, which said the envoys backed popular resistance to the coup.

US President Joe Biden’s administration is looking at a full range of economic tools to respond to the military takeover and has been in close contact with Gulf countries, White House national security adviser Jake Sullivan said.

Western countries have denounced the coup, called for the detained Cabinet ministers to be freed and said they will cut off vital aid if the military does not restore power-sharing with civilians. The German mission to the UN said on Twitter that it was suspending aid until further notice.

The UN Security Council met on Sudan but there was no immediate statement, diplomats said. UN chief Antonio Guterres on Tuesday decried “an epidemic of coup d’états” as Sudan is the latest in a series of military takeovers in Myanmar, Mali and Guinea and attempted coups in several other countries.

A health ministry official said seven people had been killed in clashes between protesters and the security forces on Monday.

Khartoum and its twin city Omdurman across the Nile River were partly locked down on Tuesday with shops shut and plumes of smoke rising from where protesters burned tyres. Calls for a general strike were played over mosque loudspeakers. Streets and bridges were blocked by soldiers or protester barricades.

The only people in the streets apart from protesters were security forces heavily deployed around the presidential palace and ministry of defence.

Banks and cash machines were also closed. Mobile phone apps widely used for money transfers could not be used.

“We are paying the price for this crisis,” a man in his 50s said angrily while looking for medicine at one of the pharmacies where stocks have been running low. “We can’t work, we can’t find bread, there are no services, no money.”

A group of neighbourhood resistance committees in Khartoum announced a schedule of further barricades and protests leading to what it said would be a “march of millions” on Saturday.

Images on social media showed renewed street protests on Tuesday in the cities of Atbara, Dongola, Elobeid and Port Sudan.

The military appeared to have underestimated civilian opposition on the street, according to Mr Jonas Horner of the International Crisis Group.

“They haven’t learned their lesson,” he said. “As we saw post the revolution and post-Bashir, the streets were determined and civilians were willing to die for this.” 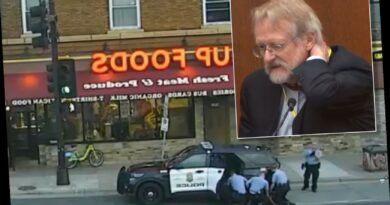 ‘That’s the moment the light goes out of his body’: Expert says of Floyd video 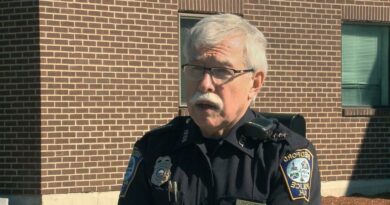