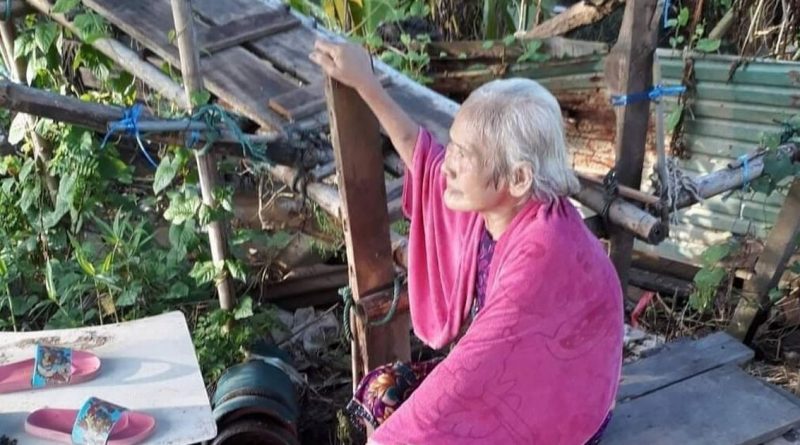 A suicial grandmother hell bent on taking her own life said she can't drown herself because she is "too good at swimming", according to reports.

The 81-year-old, who felt she was a burden on her family, was plucked from a river by a fish farm owner in Ayutthaya province in central Thailand after leaping in at 3am.

The pensioner was in the water for four hours, and reportedly swam – or floated – over 20 km (12.4 miles) to a whole new district in Ayutthaya, at 7am.

READ MORE: Two Brits arrested in Greece after woman accused one of rape while other watched

Thaiger reported that the fish farm owner helped the old woman get a hospital health check before she was sent home.

The woman, known as Grandma Ree in Thai media, admitted that her early morning splash was a suicide attempt brought on by a series of health issues that she felt burdened her family.

Grandma Ree had tried to drown herself, she said, but she floated along and grabbed on to a fish cage until the aforementioned hero got her out of the water.

The chief executive of Baan Pom sub-district Office, Apichart Sooksomboon, said it was unbelievable that the elderly woman survived.

He said the water stream is very strong at that time of the morning, adding that the woman swam past several whirl pools.

The woman's daughter said she had mentioned the suicide plan in the past, so, when she couldn't find Grandma Ree in the morning she and some neighbours headed towards the Chao Phraya River to look for her.

Some neighbours even got into the water to look for her, to no avail.

The daughter said she is glad to have her mother back, and still in good health considering what happened.