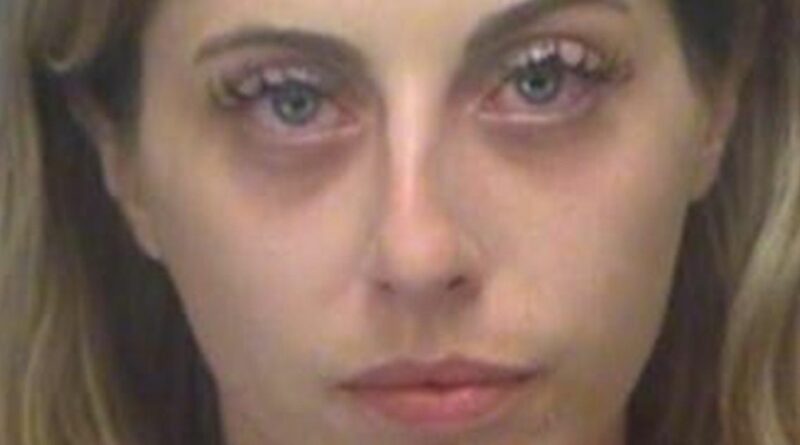 A tense standoff between a SWAT team and a rooftop gunman was thrown into complete chaos when a naked woman drove through the crime scene on a golf cart.

At around 8pm on Sunday, September 5, armed police were dispatched to an address near Tampa, Florida, in response to reports of three men acting suspiciously.

When officers arrived to question the trio one of the men, one of the subjects, later identified as 18-year-old Myles Abbott, fled from the deputies carrying a firearm.

As he did so, says a police report, Abbott managed to shoot himself in the leg.

Officers in a police helicopter then spotted him on a nearby rooftop, and reported that he appeared to be aiming his weapon at deputies on the ground. As police called for reinforcements a naked woman appeared on a golf cart and drove though the police cordon towards the house where Abbott was cornered.

Deputies say that Jessica Elisabeth Smith, 28, had no previous connection with the suspect but noted that she “had a distinct odour of an alcoholic beverage coming from her person, and she was completely nude.”

Officers managed to intercept Smith before she reached the house, and later charged her with resisting an officer without violence. A police report adds that Smith’s “actions and inability to follow directions put multiple deputies at risk for potentially getting shot at”.

Once Smith was safely removed from the scene the standoff began again.

A statement from Pinellas County Sheriff's Office said: “After nearly six hours, specialised equipment and bean bag rounds were used to force Abbott off the roof.

“Deputies from the SWAT Team took Abbott into custody and he was transported to a local hospital for treatment of his self-inflicted gunshot wound.

“Deputies recovered the firearm and later determined it to be stolen.'

Abbott's two accomplices were later identified as Ki'moni Anderson, 18, and a 16-year-old who cannot be named for legal reasons.

Both have been arrested and Anderson has been charged with grand theft of a firearm, carrying a concealed firearm and felon in possession of a firearm.

Families of Christchurch attack victims bury their loved ones

Boy, 12, shot at community centre and rushed to hospital in serious condition