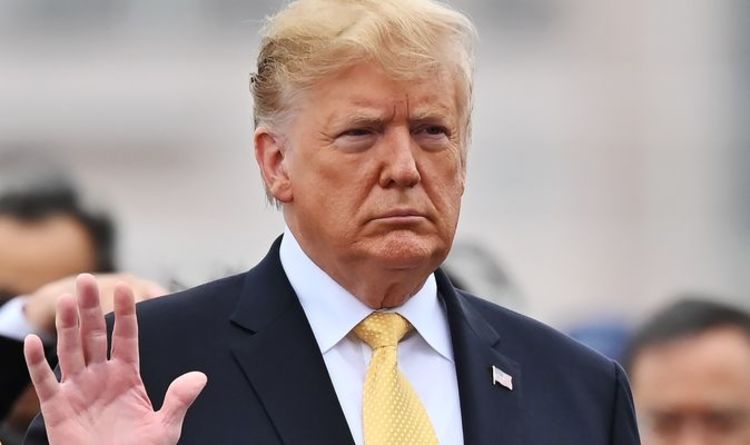 On Monday, a Senior Advisor to President Trump shared a photograph with his Twitter followers showing himself standing alongside Mr Trump in the former President’s heavily decorated office. Stephen Miller wrote in the tweet: “Just had a terrific meeting with President Trump!”

However, what seemed to catch social media users’ attention the most was a small, bronze-coloured statue of the 45th President standing on a desk behind the pair.

One Twitter user asked: “Does Trump actually, really for real, honest to gosh have a small statue of himself on the back table there?”

A second commenter responded: “Of course. I’m surprised we don’t see wallpaper with his face all over it.”

Referencing a long-standing joke regarding the size of Mr Trump’s hands, one person said: “The statue is teeny tiny but the hands are true to size. Fascinating.” 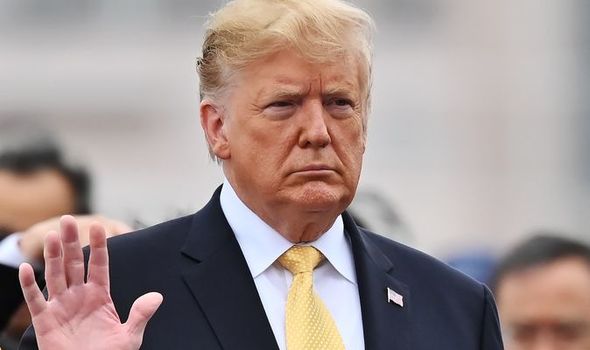 Another Twitter user added: “That’s supposed to be him? That can’t be him, it’s way too thin and the hands are too big. He just wishes that was him.”

Some Twitter users pointed out that none of Mr Trump’s five children were pictured in the room.

One user said: “And the big framed pictures are bad photos of Air Force One & Marine One, presumably with him in them.

“Most of the other pictures are of him. No pictures of Tiffany or Barron.”

Another person added: “He also has three photos of himself on the opposite table…

“No photos of his children (which comes as absolutely no surprise).”

A framed photograph of Mount Rushmore was also heavily commented on by social media users, with one person claiming they had “zoomed in on the pic of Mt Rushmore to make sure his face wasn’t photoshopped onto it.”

Another commenter added: “The whole picture cracks me up.

“The hidden Coke, his self statue, that picture of Mount Rushmore (I assume he will draw his face on it with Sharpie), and another stack of blank papers possibly.”

Activist ties himself to a cross outside Russia's FSB HQ