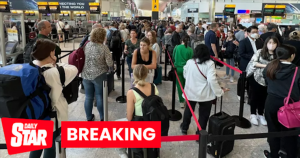 Airports are set to scrap the 100ml rule on liquids in hand luggage by 2024, according to reports.

For the first time in 16 years passengers will be able to carry a regular size bottle of water, for example, in their hand luggage.

The Times reports that passengers will no longer have to empty their bags at security screenings, meaning laptops, makeup and drinks can all stay in your hand luggage.

Instead, modern CT scanners will be used to produce a 3D image of a bag's contents, replacing the archaic system of 2D imagery and physical bag checks that often slow down queues that are amplified already due to a recovering post-Covid tourism industry.

The UK's main airport, Heathrow in London, is already trialling the snazzy new technology and it is hoped that all major UK airports will avail of it by 2024.

John Holland-Kay, boss of Heathrow airport, told The Times: “We have just started the expansion of the security area in Terminal 3 which will have more CT scanners and have a deadline of mid-2024 from the DFT.

“By then the normal passenger experience will be that liquids stay in bags.”

The progression also means that clear plastic bags are on the way out, but as yet the rules remain the same.

The 100ml restriction on liquids was introduced in 2006 after Intelligence Services revealed a plot to blow up many airlines over the Atlantic Ocean.

Brazen would-be bombers planned to smuggle the items needed for the explosive devices through airport security disguised as drinks, before assembling the explosives on board.

Travel expert Eoghan Corry said: "What has changed is the technology… four or five companies have been upping the level of technology all the time.”

“Shannon has introduced it – they introduced it before Christmas – Donegal Airport have also introduced it. What we’ll probably see, and this is really good news, is over the next 12 months, the major airports introducing this,” he added. 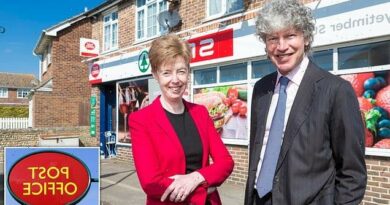 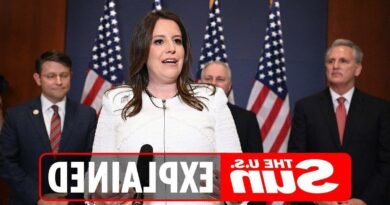 Is Elise Stefanik a Republican or Democrat?