Security conditions in Crimea and along Ukraine’s border with Russia could change “with little to no notice” amid heightened tensions and a military buildup in the region, the US Embassy in Kyiv warned.

The embassy sent the warning Thursday morning, after President Biden abandoned plans to send two warships to the Black Sea and Russian President Vladimir Putin subsequently closed off the Kerch Strait to foreign warships until next fall.

“Attention U.S. Citizens,” the warning, posted to Twitter, began. “The Embassy of the United States of America in Ukraine continues to monitor the situation with Russia in occupied Crimea, and along Ukraine’s borders, where security conditions may change with little or no notice.”

The Biden administration initially said it was going to send two destroyers — the USS Roosevelt and the USS Donald Cook — to the Black Sea in response to Moscow’s increasing military presence near Ukraine.

It subsequently backed off that threat after the Kremlin warned the US to steer clear of the area “for their own good.”

“We have no desire to be in an escalating war with Russia,” a senior administration official told reporters on a Thursday briefing call, adding that they did not want the situation to spin “out of control.”

The official added that the administration believed it could “avoid” sending the US on “a downward spiral.”

Still, administration officials said the US “will not accept its destabilizing behavior that harms the United States, its allies and its partners.”

Putin’s closure of the area came just hours after Biden declared a national emergency on Thursday, slapping sanctions on more than three dozen people in Russia and expelling 10 diplomats.

Biden foreshadowed the sanctions in a call with Putin on Tuesday, when he warned the Russian strongman that “the United States will act firmly in defense of its national interests in response to Russia’s actions, such as cyber intrusions and election interference.” 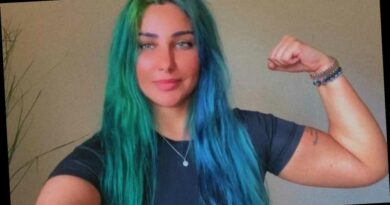