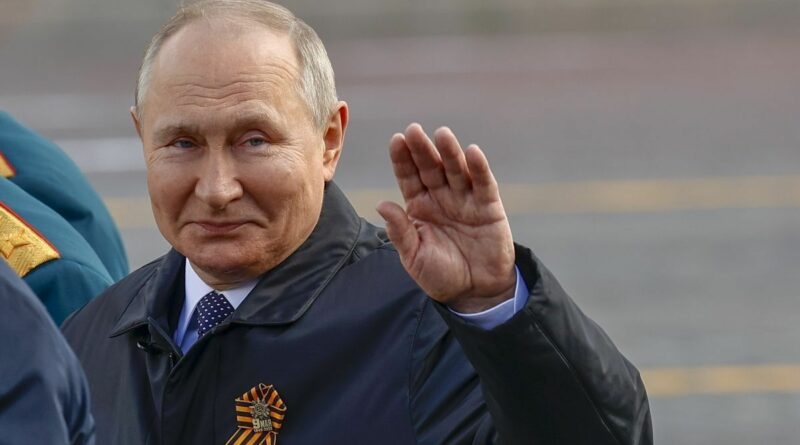 Russia marked the 77th anniversary of the victory over Nazi Germany on Monday, May 9. Addressing a military parade in Moscow’s Red Square, President Putin said that Russian forces were “defending the motherland” by invading Ukraine and falsely accused the West of “preparing for the invasion of Russia”.

He sought to justify the invasion on February 24 as the “only right decision” and accused NATO of “creating tensions at the borders”.

The Russian leader’s appearance during the parade has sparked fresh speculation over his health, with a number of observers suggesting he may be ill.

Putin was seen with a blanket over his legs and coughing during the military parade, which involved around 11,000 servicemen.

The president’s delivery of his speech also raised questions about his health.

Mike Carter, a body language expert, said that Putin appeared to take “very shallow” breaths while he was speaking which may indicate that “something isn’t right”.

He told the Mirror: “We hold our breath or breathe this way when something physically or mentally isn’t right.”

Mr Carter gave the example of when someone might be suffering from a bad back or be distressed in some way, they may hold their breath without realising.

He said: “His breathing is very shallow which could be some kind of pain he is enduring.

“We hold our breath when something mentally isn’t right.

“If someone was very distressed in your office you’d say ‘take a deep breath’.”

He said it could also mean he was short of breath, which may be another indication of a health issue or ailment.

The Russian president was pictured huddling under a blanket during the ceremony as he sat alongside Second World War veterans and senior dignitaries to watch the military procession.

Observers noted that he was the only one among his group of spectators who needed additional coverings in the relatively mild 9C weather in Russia’s capital.

Another clip of the event appeared to show the Russian leader limping for the second time since his last rare public appearance.

During a rally held in March to mark Russia’s annexation of Crimea in 2014, footage appeared to show Putin limping slightly as he made his way off the stage at the end of his speech.

Both sightings of the 69-year-old president, who has spent much of the past two years self-isolating for fear of COVID-19, have added fuel to rumours that he is battling a serious health problem, with some reports suggesting he could have Parkinson’s or cancer.

Video footage of a meeting between Putin and Russian defence minister Sergei Shoigu last month showed the president slouching and holding onto the corner of the table between them for the duration of their 12-minute meeting.

Putin also looked bloated in the video, which was posted by the Kremlin.

Days before Russia invaded Ukraine, when Putin was hosting Belarusian leader Alexander Lukashenko in Moscow, he was seen shaking and clutching his chest.

There have also been recent reports that the president is set to undergo surgery.

A post on Russian Telegram channel General SVR claimed that Putin’s doctors have warned him the surgery might incapacitate him for “a short time”.

The Kremlin has never commented on reports that President Putin is in ill health. 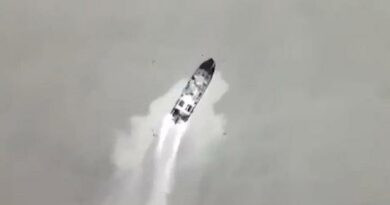