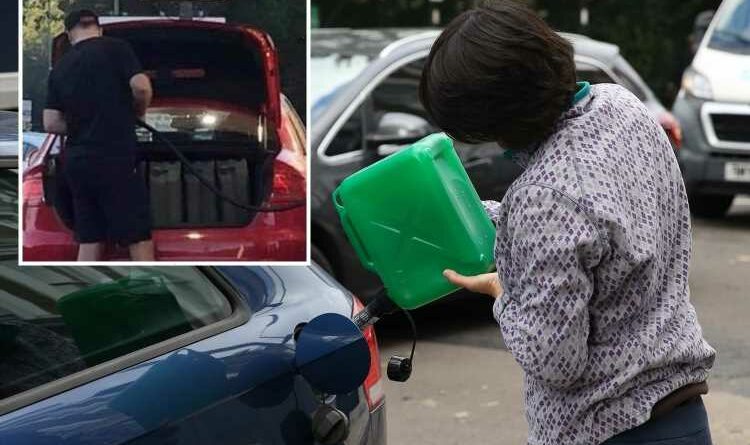 PANIC buyers filling up jerry cans and piling them into their cars have been issued a harrowing warning that their cars could EXPLODE.

Greedy gas-guzzlers have been spotted filling up multiple containers and stockpiling them in their boot – without regard for the dangers that come with it. 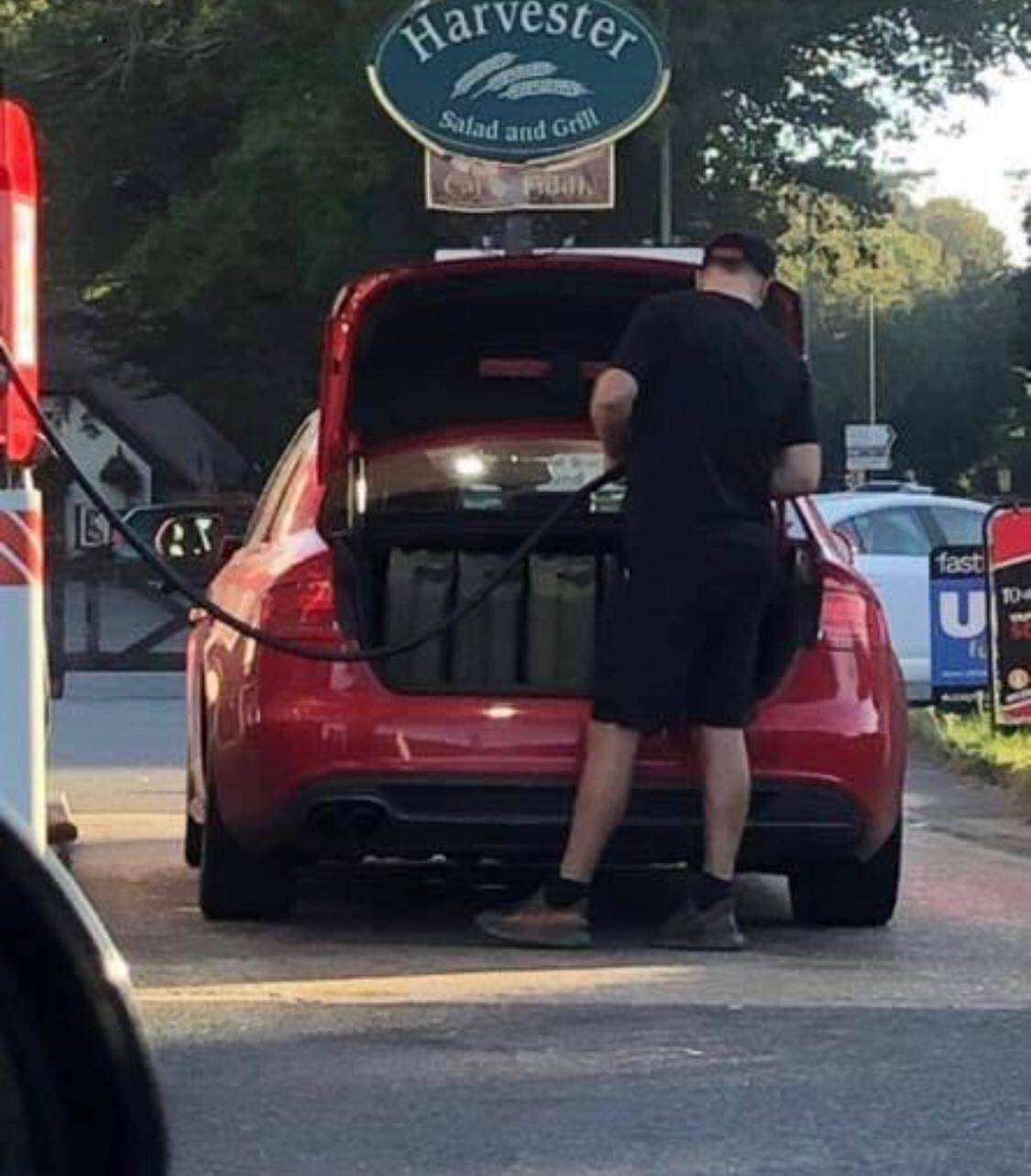 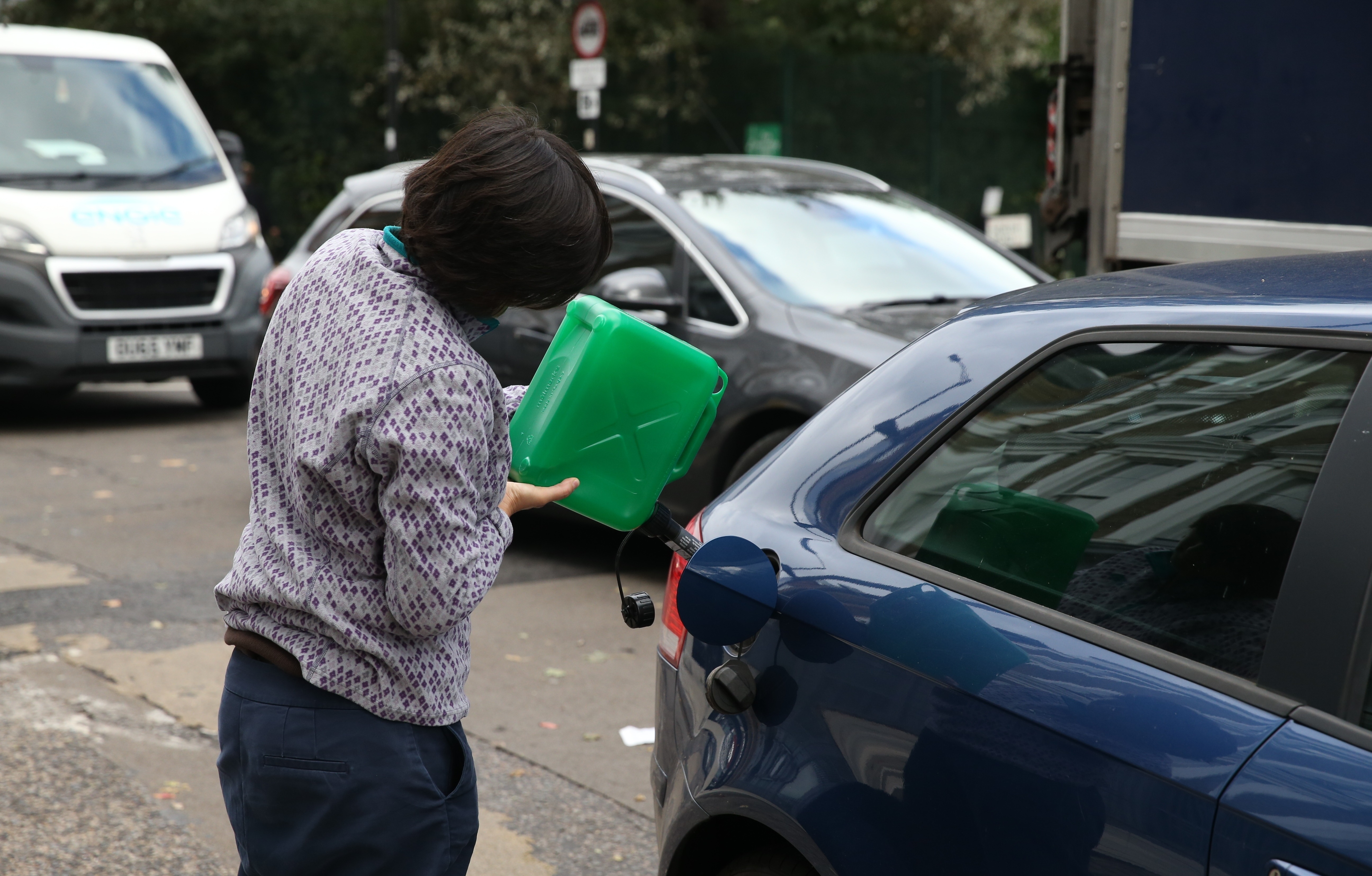 Retired firefighter Steve Dudeney has now urged people to "beware" of carrying fuel reserves in their cars – as they could blow up.

The former senior officer in the London Fire Brigade shared the story of a haunting incident he had been called to 12 years ago – alongside a picture of the devastation.

"This is a photo from an incident I attended 12 years ago," he wrote in a tweet.

"The man driving the car had filled some petrol containers up and placed them in the boot," he explained.

"The escaping petrol vapour met an ignition source in his car, this was the result. Panic buyers beware!!

"He was still alive but badly burned when I arrived, airlifted to a burns unit, I never heard if he survived."

Motorists rushing to grab as much fuel as possible are feared to be ignoring key safety rules for the sake of stashing as much as they can.

The caps on plastic or metal holders must be secured tightly during transit to prevent leaks, and fire services advise against filling them up to the brim.

The fuel expands and the increasing pressure allows vapours to build up in warm conditions – which could trigger an explosion.

In another tweet, Steve wrote: "Went to a call on Wennington’s ground once, same thing.

"VW Golf with a boot full of petrol cans, the vapour found and ignition source and boom!!! Driver severely burned, not sure if he survived."

The fireman's cautionary tale comes as one "stupid" panic buyer was spotted emptying out water bottles and filling them with petrol.

The woman is seen shamelessly emptying out a 1.5 litre plastic bottle before bending down to fill it up with fuel, before repeating the process with another.

"I couldn't believe what I was seeing. I thought 'I can't believe the stupidity of this woman'," the dad-of-six said.

"This is the kind of thing that causes the problem. People filling up things they shouldn't be filling up and no one else can get the fuel because of other people's stupidity."

It also brought the story of a woman who badly burned herself during the 2012 fuel panic buying frenzy back to light, who was set alight while pouring petrol into a jug.

Others also hit out at  "selfish" fuel grabbers for exacerbating the crisis, that Transport Secretary Grant Shapps said had been "manufactured" by panic-buying.

One lorry driver slammed a hoarder who he witnessed filling up several jerry cans with petrol and stacking them in his boot.

A trucker from Gloucestershire insisted his fuel driving colleagues are not to blame and the fault falls solely on "really irritating" greedy customers.

The driver, who has not been named, told Gloucestershire Live, that he saw one man filling up jerry cans in the Shell garage in Eastington.

He said: "This is why we are low on fuel. They had to go in and pay for the first lot to then fill the jerry cans up! It's really irritating.

"You know what it's not just frustrating, it makes me angry." 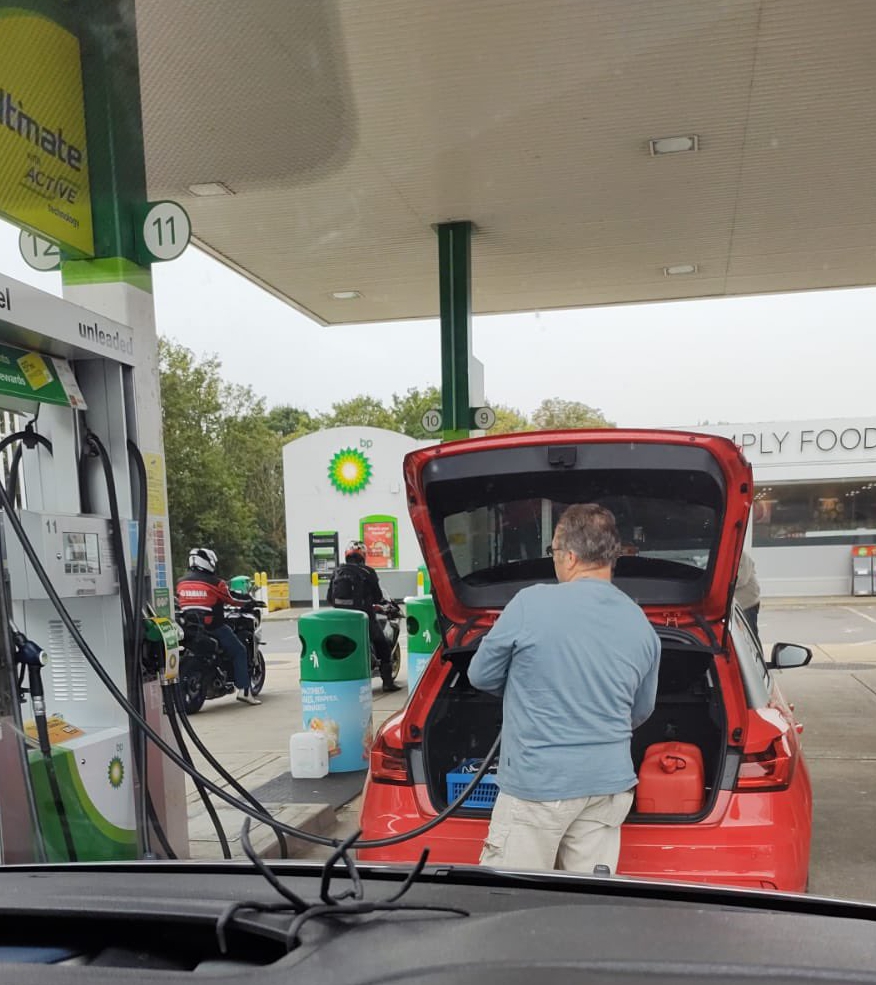 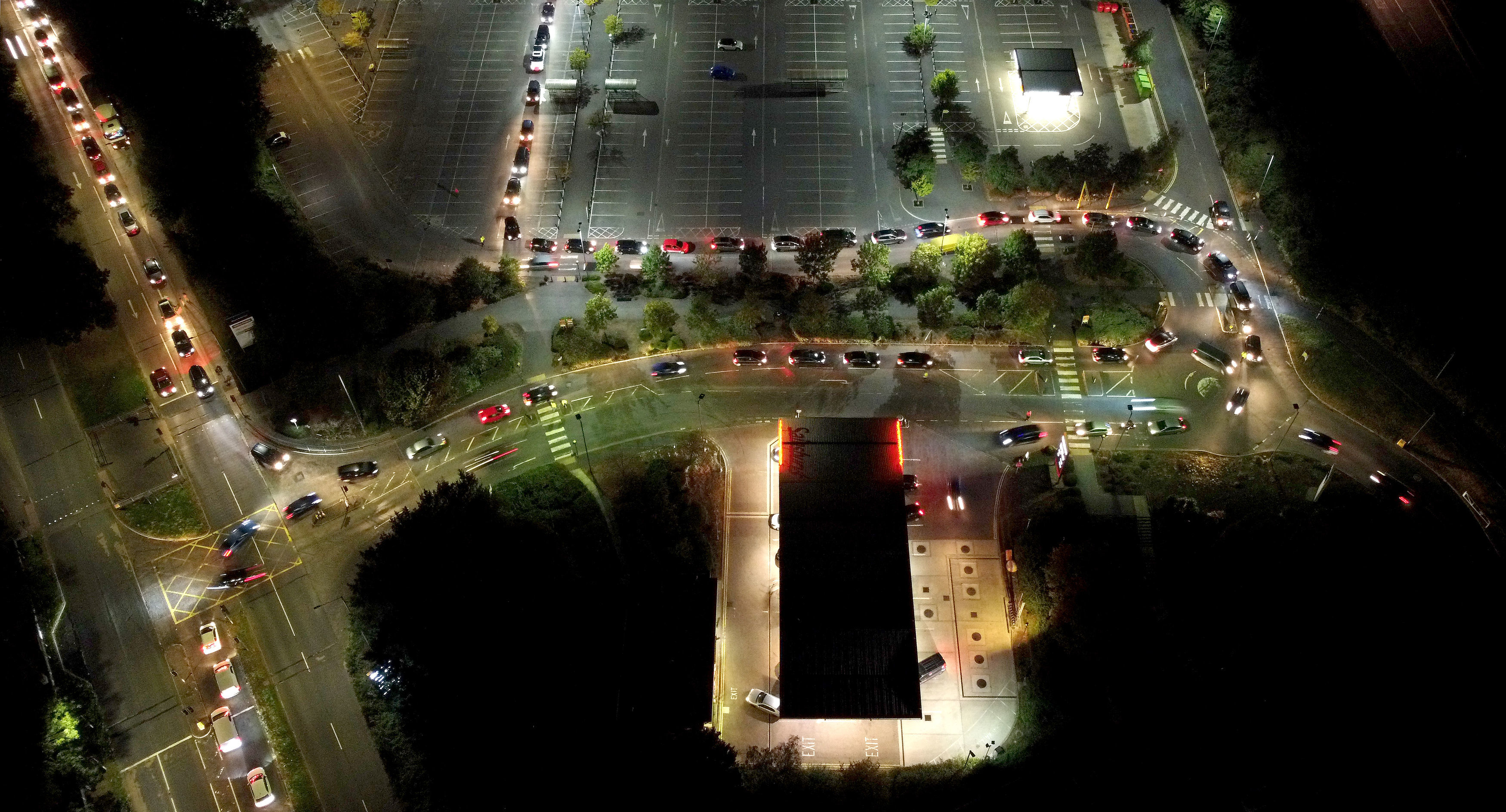 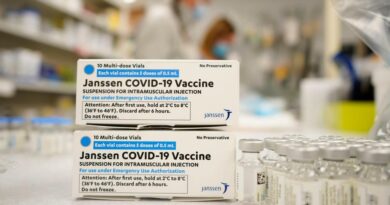