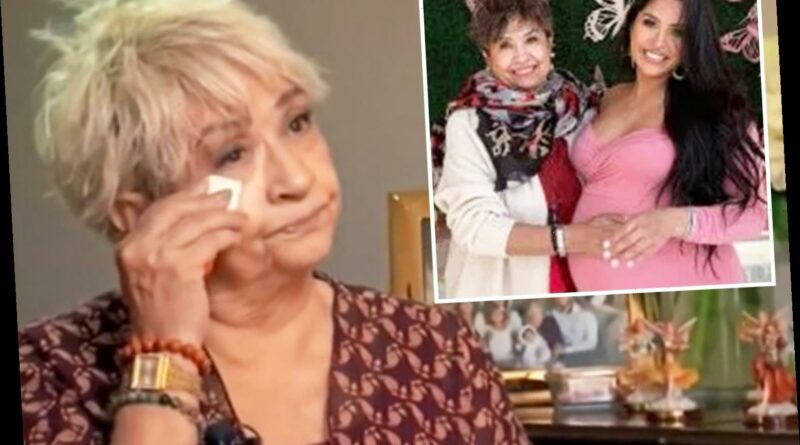 SOFIA Laine, the mother-in-law of the late Kobe Bryant's wife Vanessa, has insisted that she "didn't want to" file a lawsuit against her daughter after the death of her son-in-law.

Laine sued Vanessa in December 2020 for a reported $5million, alleging that she worked as an unpaid “longtime personal assistant and nanny” to Bryant and her daughter for years. 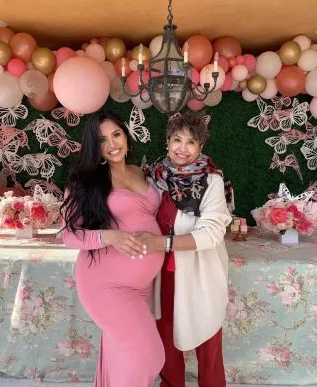 Who is Vanessa Bryant's mother Sofia?

Not much is known about Sofia Laine, other than at some point she worked as a shipping clerk, according to Hola.

She lived in one of the several homes the Bryant family owns in Newport Beach and the coast, before it was sold in 2013.

Sofia often looked very close to Kobe Bryant – who admitted his relationship with his parents was strained – and would wait outside his Los Angeles Lakers locker room in 2015.

She appeared in a family photo during Thanksgiving last year that the basketball legend shared on his Instagram.

After Kobe Bryant’s death, Laine helped her daughter with her grandchildren, Natalia, 17, Bianka, 3, and Capri, 7 months old, a source told Us Weekly. 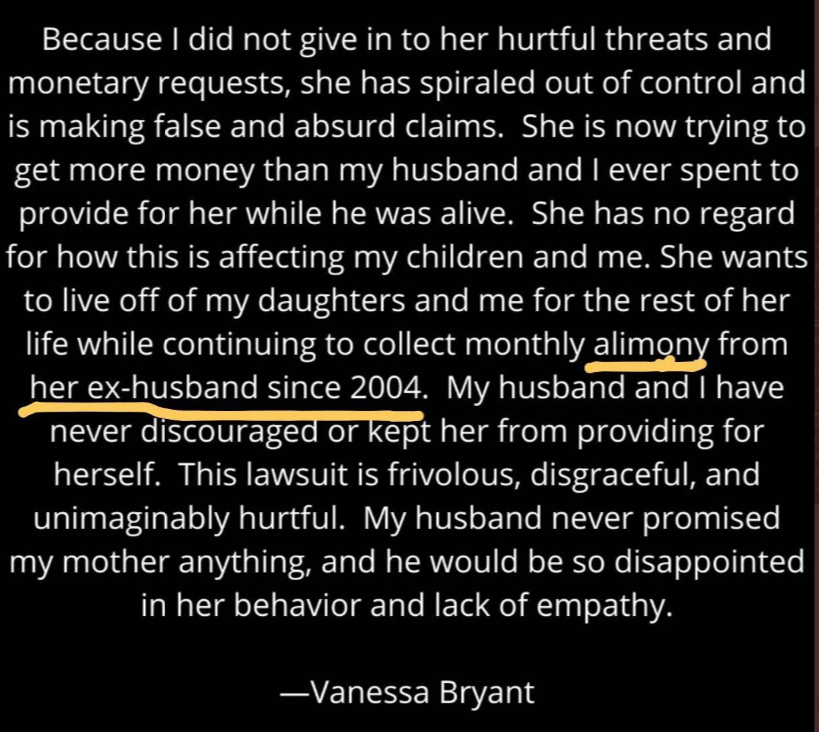 The source said Vanessa Bryant “is incredibly close to her mum” and that Laine was “her rock” in the weeks following her husband’s unexpected death.

“Her mum is always with her and the girls and she's been keeping Vanessa strong and she's the weight of her support system,” the source said.

It is not clear where Sofia is living at the moment.

What has Sofia accused her daughter of?

Sofia accused Vanessa of telling her to "get out" of the house months after NBA star Kobe's death in December 2020.

Months earlier in September, she also claimed that her daughter ordered her to give a vehicle back.

“She told me, ‘I need you to get out of this house,’” Laine said on Univision’s ‘El Gorda y La Flaca’ show on Monday, September 21. 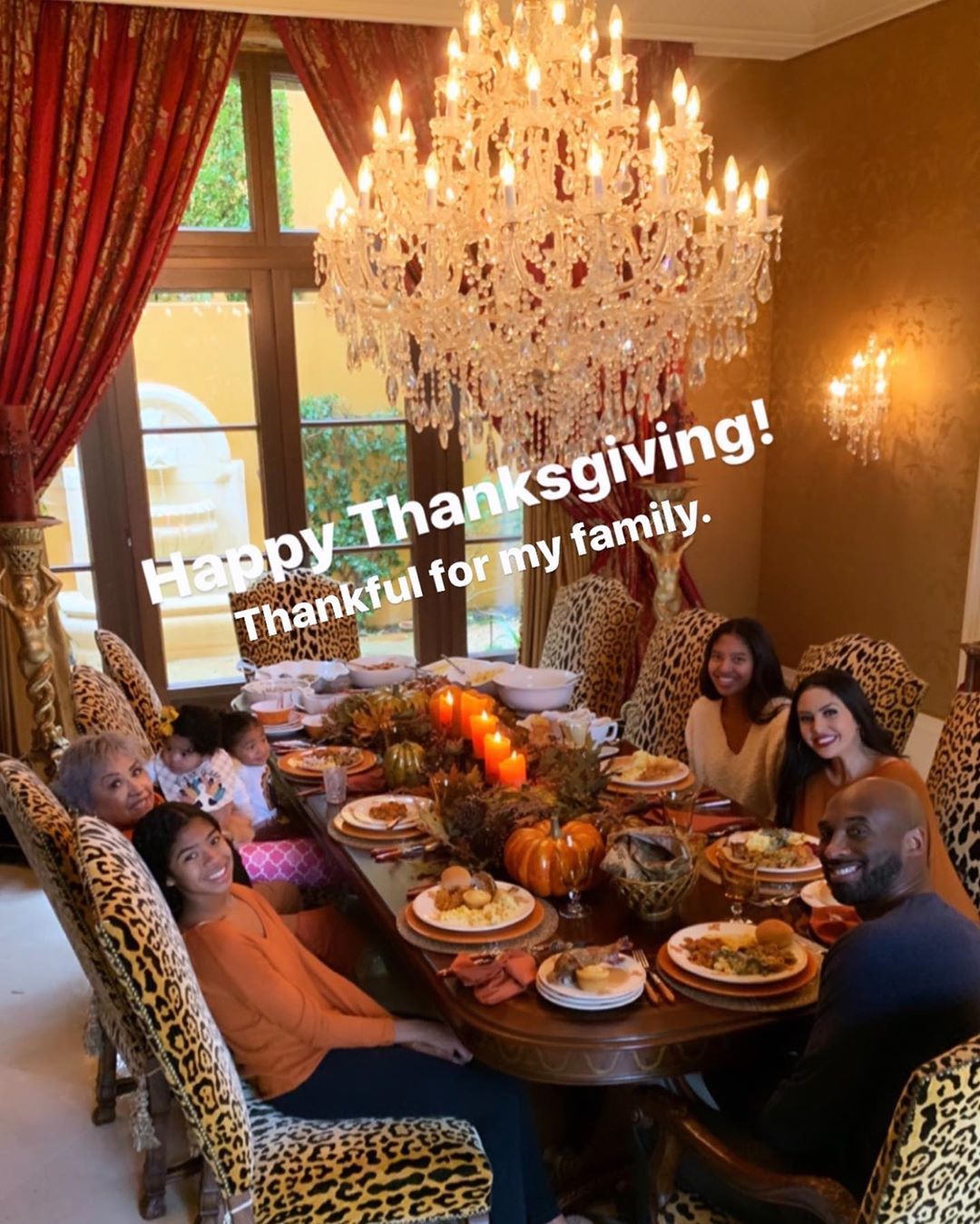 “She also told me that she wanted her car and she wants it now.”

Vanessa Bryant provided a statement to the program in response to her mother’s claims.

“My husband and daughter passed away unexpectedly, and yet my mother had the audacity to do a television interview speaking negatively of me while shedding tears for a car and a house that were not in her name,” she wrote.

“She has removed all her diamond jewellery, emptied the apartment I provided, and put away the furniture to make it look like she doesn’t have my support.

"My husband and I have supported her financially for the past 20 years, and continue to do so, in addition to her monthly alimony.

“Contrary to previous reports, she has not been physically present or emotionally supportive of my daughters and me after my husband and daughter passed away.

“Now I see what is most important to my mother and it’s more than painful. I hope that everything that is coming out about our personal relationship ends here.”

Speaking of why her mother is pursuing in the case, Vanessa Bryant said: “She now wants to back charge me $96 per hour for supposedly working 12 hours a day for 18 years for watching her grandchildren.

"In reality, she only occasionally babysat my older girls when they were toddlers.” 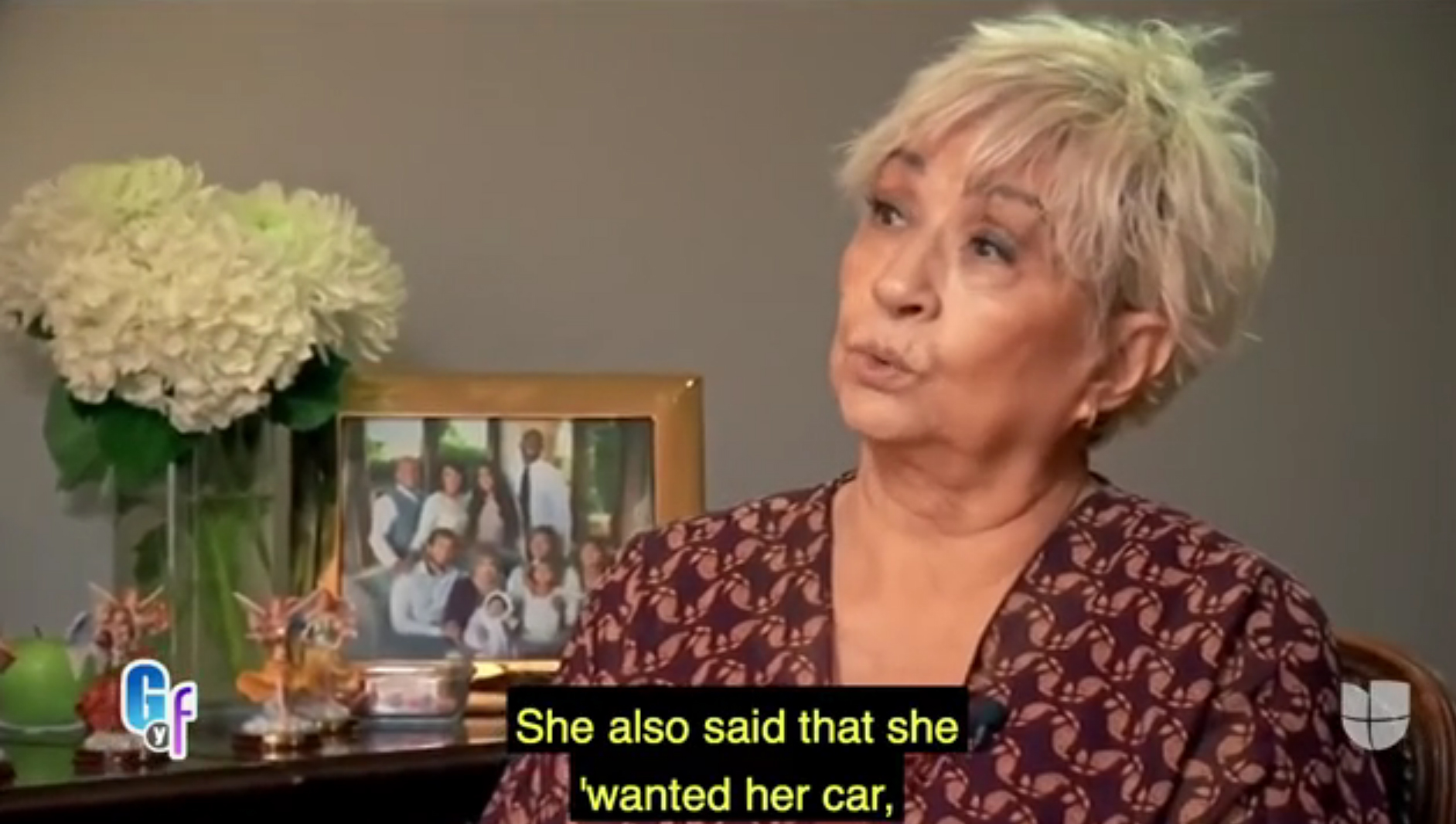 Sofia responded to Vanessa's extortion claims via a statement published by TMZ in December, insisting that she didn't "enjoy airing our family grievances in public" but had "no choice" but to take legal action.

She called her daughter's allegations "hurtful", saying: "All I wanted is what I worked for. Vanessa, despite everything that I have been promised and done for her and the family, has attempted to sever all ties and renege on all obligations and agreements."

Sofia continued: "Why would she do this to her own mother? I am so disappointed, hurt, and wronged to the point that I had no choice but to file a lawsuit.

"I am nearly 70 years old, my health is deteriorating, and my own daughter is dong this to me?" 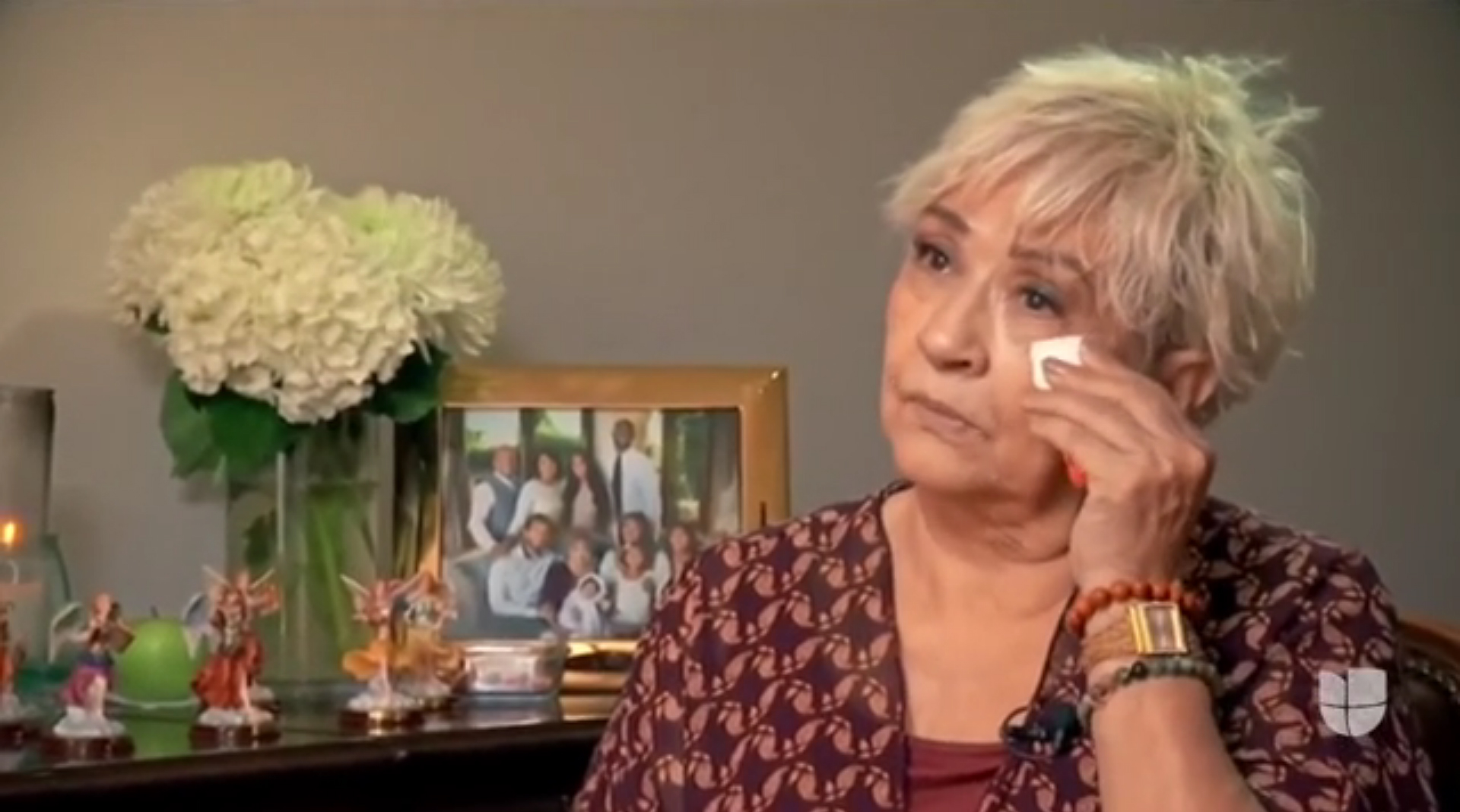 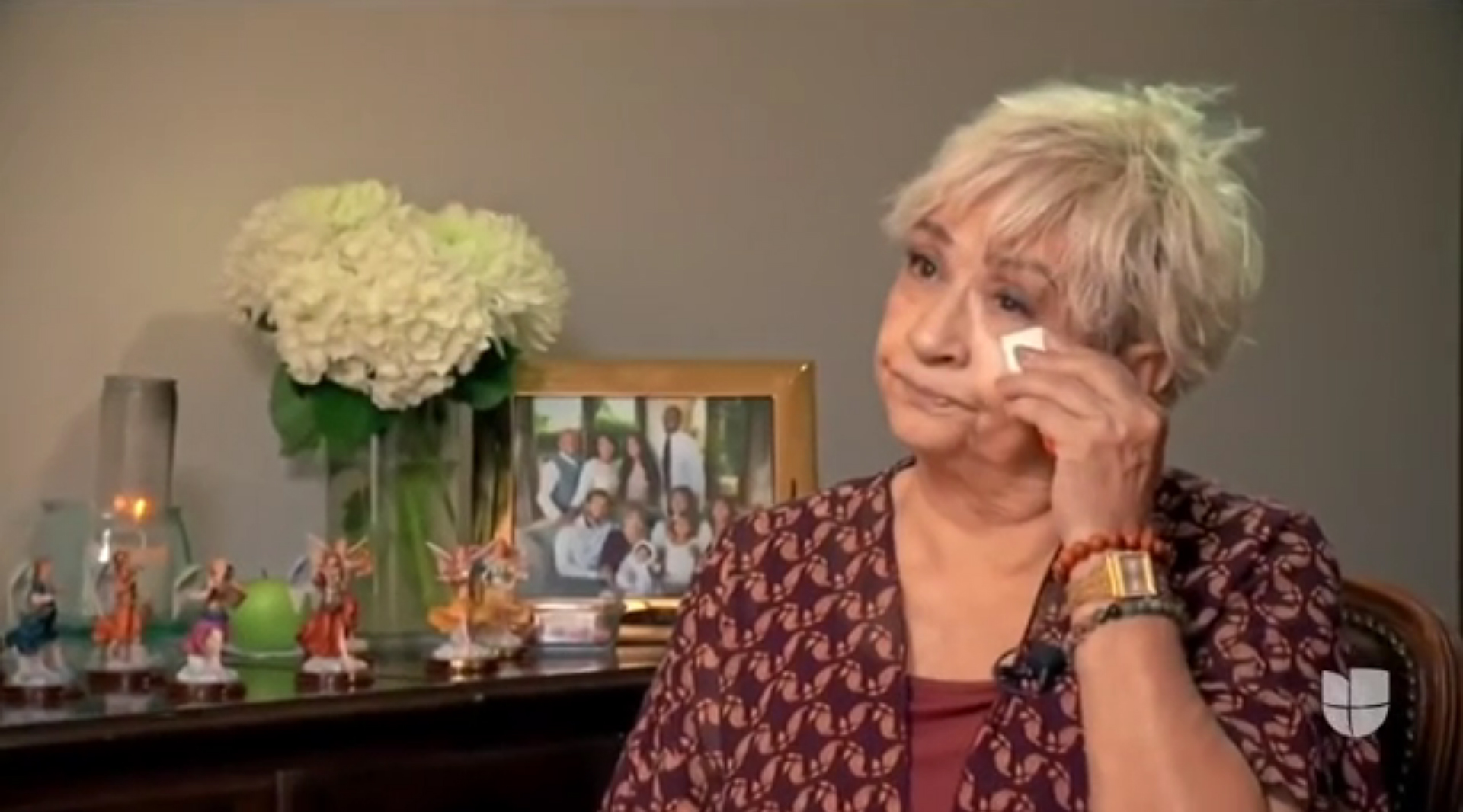 Who is Vanessa Bryant's dad?

Vanessa's biological dad has not been part of her life after her parents divorced when she was just a baby.

After the divorce, he moved to Baja, Mexico, and her mum went on to marry Stephen Laine, the Los Angeles Times reported.

Sofia and Stephen Laine divorced in 1993, but Vanessa reportedly remained close to him.

Stephen described Vanessa as "very sweet as a child" during an interview in 2005.

Who are Sofia's other children?

Sofia has another daughter, Sophie, who is 10 years older than Vanessa.

She raised them as a single mum after divorcing their dad when Vanessa was just a baby.

It is unclear whether Vanessa’s recent falling out with their mum has affected her relationship with her sister.

On July 1, Vanessa wished Sophie a happy birthday, writing: "I love you thista!" 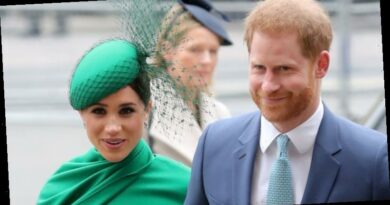 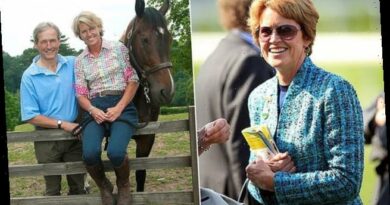