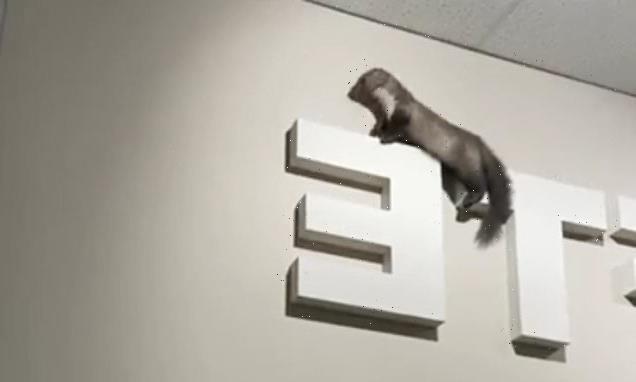 This is the shocking moment a rogue marten knocked down rows of bottles in a supermarket.

Footage filmed in southwest Germany on the morning of December 17 shows the stone marten clambering up a wall sign as workers try to chase it out.

A witness films the trail of destruction it has caused below, knocking over glass drink bottles that have smashed on the floor.

In the footage, the stone marten scurries across the wall, tilting its head.

Employees had found the animal as they opened up the store for the day and it had been there overnight.

The witness films the river of sticky spilt drink and smashed glass the stone marten has caused. 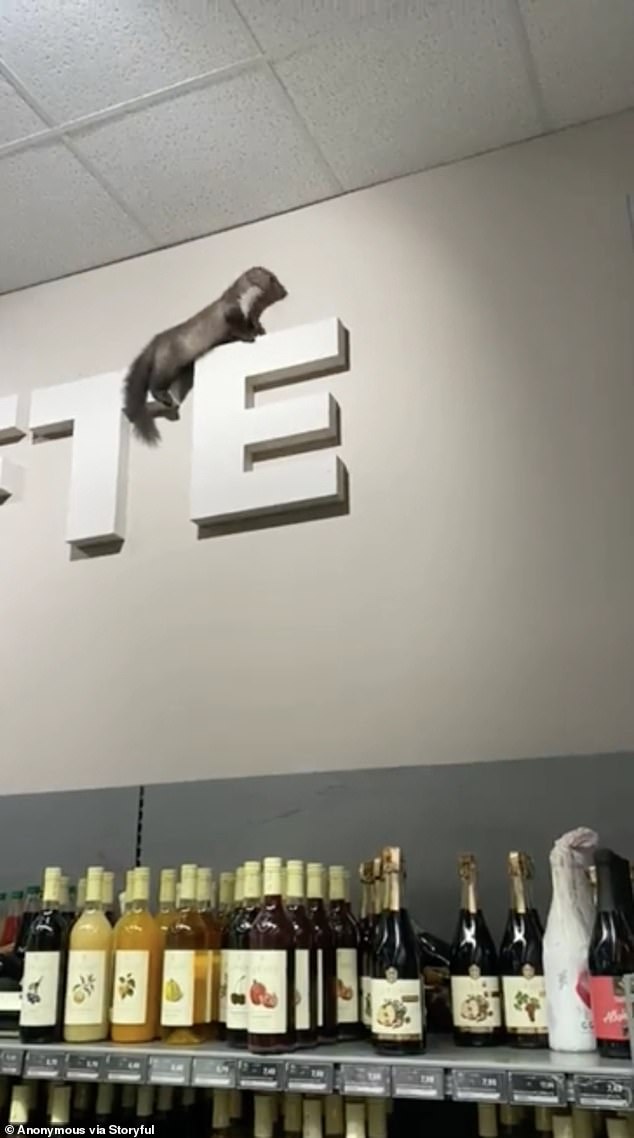 In the footage, the stone marten scurries across the wall, tilting its head

An employee is seen brandishing a sweep in a bid to get the animal down.

The witness said: ‘After I stopped recording, I stayed there for a little bit, but the marten kept running away.’

They said employees had opened the big front door of their store to get the marten to run out of the store by itself, which it eventually did.

Many social media users expressed their sympathy towards the stone marten, saying that it was scared and just wanted to get out.

But others said they would not want to be the employee having to clean up all of the broken glass and spilt drinks.

Stone martens, also called beech martens, are a species native to much of Europe and Central Asia.

Like a weasel with fur, the animal is superficially similar to the pine marten but differs from it by its smaller size and habitat preferences.

Urban areas of Germany often see stone martens, which have been known to cause damage to cars, tear apart garages and break into chicken coops, according to reports.

And a recent article found that stone martens got on well with foxes, raccoons and domestic cats, before and during COVID lockdowns in Berlin. 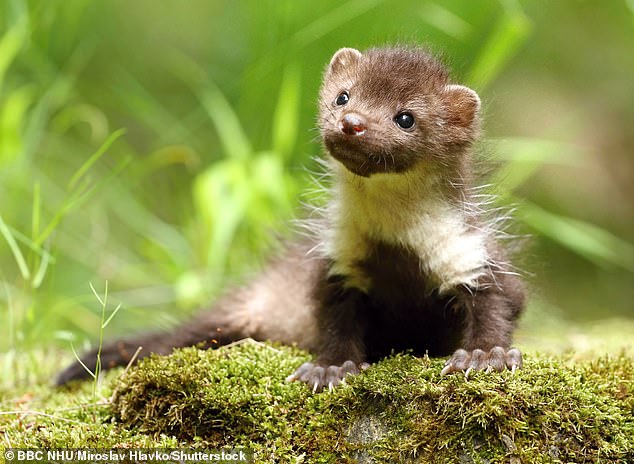 Pictured: A stone marten in the wild (file image)

Who is Rebecca Long-Bailey and will she be the next Labour leader? – The Sun 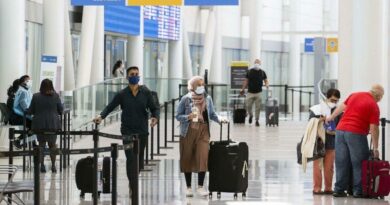