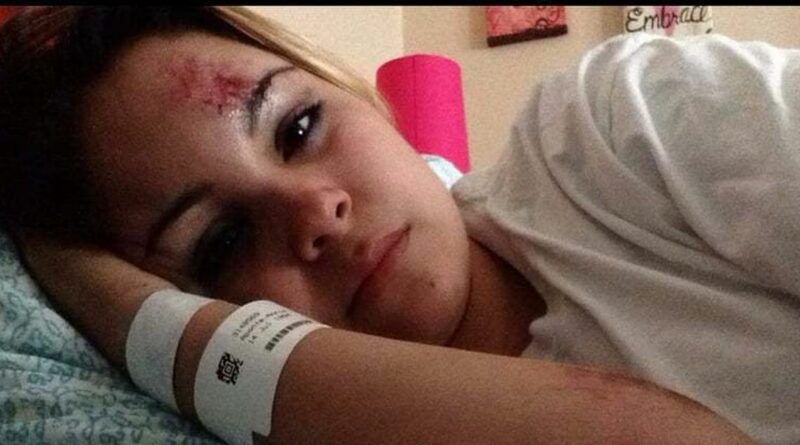 Annie Aponte was sitting in the passenger side of a car when a stranger suddenly got in beside her and drove off at speed.

The scared 19-year-old begged her kidnapper to stop and let her go – but he pushed his foot on the accelerator and went faster.

The man demanded money and Annie handed over everything she had – including a gold necklace.

Fearing for her life, and imagining the worst case scenarios, she then made a decision that still affects her to this day.

She yanked open the passenger door and leapt out – bashing her head hard against the tarmac.

Although the escape was successful, Annie was left broken and slept with a knife under her pillow in case her kidnapper ever returned.

She still suffers from post traumatic stress disorder and continues to get help.

Now, eight years on, she is hoping for a Christmas miracle in the form of plastic surgery to remove a huge lump on her forehead caused by the brave leap.

Annie, 27, told the Daily Star: “Seeing the bump that was left on my forehead every day when I brush my teeth or brush my hair in front of the mirror is a big reminder of what I went through.

“And I know that getting the surgery to get it removed would be a step forward to recovery.

“The best Christmas present would be getting help to not have a scar on my forehead as a reminder of my trauma.

“That way I can move forward and be stronger and happier.”

Annie and her friend were dropping her grandmother home in Mount Vernon, New York, when the kidnapping happened in 2013.

Her pal led her grandmother inside when the creepy man pounced.

Recalling the traumatic experience, she wrote online: “I cried.. I begged… I screamed. And then I thought of all the things this man could do to me.

“I thought about not ever seeing my mom, my dad, my sister, my brother, ever again. I pictured myself getting raped or even killed. I pictured my family feeling the pain of losing me.

“Losing me in any of those horrible ways. And so I decided to jump out of the moving car. I didn’t care how fast he was going. I wanted to live.

“My body rolled, my face hit the concrete and I felt like I was dragged in hard and hot concrete. But somehow I felt numb. And I ran. I ran so fast.”

Annie made it to a petrol garage where the emergency services were called.

She was taken to hospital and was told she had a hematoma on her forehead after suffering the traumatic injury.

Her kidnapper was caught one month later but there was not enough evidence for a conviction. However, he was later jailed after going on to kidnap more victims.

But Annie struggled to recover from the disturbing experience.

She explained: “I felt so afraid I slept with a knife under my pillow. Nobody noticed because I suffered silently.

“I didn’t want anyone to know because it made me feel weak.”

She continued: “Years later I learned to breathe it out. I learned to escape the fear but the way PTSD works is it comes and goes.

“It took me a very long time to get over the fact that something like that happened to me.”

Annie is now fundraising to remove the lump from her head to allow her to move on.

It will cost over £3,500 and the kidnap survivor is hopeful of getting it done in January after her family pulled some cash together as a Christmas present.

She added: “It’s taken me a long time to feel happy and accept what happened to me.

“Because of the panic I have felt ever since that happened, I stopped enjoying things I used to enjoy. But I am trying to get past it and be myself again.”

You can contribute to Annie’s fundraising efforts here. 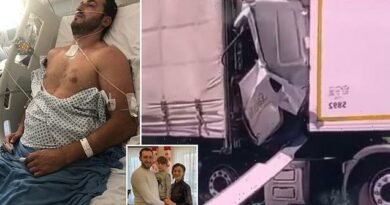