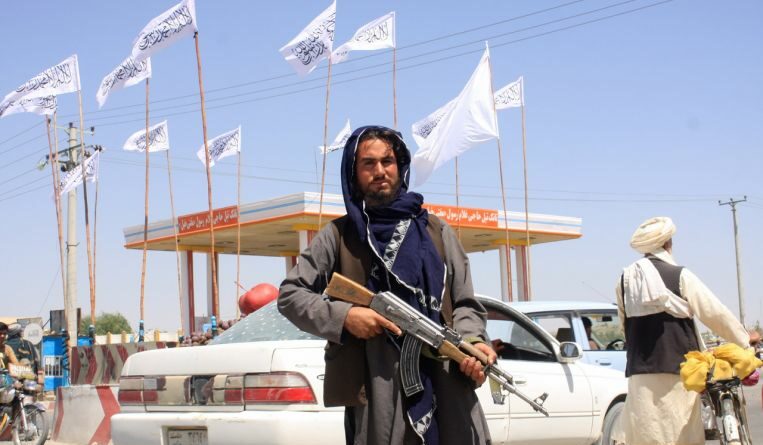 PARIS (AFP) – World leaders were adjusting to the new political reality in Afghanistan on Monday (Aug 16), the downbeat mood in the West leavened by a more pragmatic approach from some other powers.

German Chancellor Angela Merkel described the return of the Taleban to power as “particularly dramatic and terrible”.

“It is terrible for the millions of Afghans who had worked for a freer society and who, with the support of the Western community, have focused on democracy, on education, on women’s rights,” she said.

It was also devastating for the loved ones of soldiers who paid with their lives in the NATO operation, she said.

US President Joe Biden defended the troop pull-out, in an address to the nation after having cut short his holiday to return to Washington.

“I stand squarely behind my decision. After 20 years, I’ve learned the hard way that there was never a good time to withdraw US forces,” he said.

His administration has come under heavy criticism, with even some allies arguing that once the US decided to pull out its troops they had no choice but to follow.

Mr Biden acknowledged that the collapse of the previous Afghan administration had happened faster than expected.

But referring to the country’s former leaders, he said: “We gave them every chance to determine their own future. We could not provide them with the will to fight for that future.”

Like Ms Merkel, he addressed the plight of the country’s women and girls under the new Taliban regime.

“We’ll continue to speak out on the basic rights of the Afghan people, of women and girls,” he said.

On Monday, British Prime Minister Boris Johnson, whose country holds the rotating G-7 presidency, called for a virtual meeting of the group’s leaders to discuss the crisis to agree a “unified approach”.

Before the previous Afghan administration collapsed, Mr Johnson had said on Friday the UK and its partners should ensure “the government of Kabul does not allow that country, again, to be a breeding ground for terror”.

Afghanistan should not once again become the “sanctuary of terrorism” that it had been until the US-led invasion two decades ago, he said.

“This is key for international security and peace… we will do everything for Russia, the United States and Europe to cooperate efficiently as our interests are the same,” he added.

France and the European Union would set up an initiative to prevent large “irregular” migrant flows from the country, he added. EU foreign ministers are to discuss the crisis on Tuesday.

Russia, one of the few countries not evacuating its diplomatic staff from Kabul, said it was suspending judgement on the regime.

Foreign ministry official Zamir Kabulov said Russia would decide on recognising the new Taleban government based “on the conduct of the new authorities”.

Moscow had “established working contacts with representatives of the new authorities” and Russia’s ambassador was due to meet the Taleban on Tuesday.

A Chinese government spokesman said on Monday Beijing was ready to deepen “friendly and cooperative” relations with Afghanistan.

“The Taleban have repeatedly expressed their hope to develop good relations with China, and that they look forward to China’s participation in the reconstruction and development of Afghanistan,” said a foreign ministry spokeswoman.

“The military defeat and the US withdrawal from Afghanistan should offer an opportunity to restore life, security and lasting peace in that country,” said Mr Raisi, quoted by his office.

While his statement did not directly mention the Taleban, it did say Tehran wanted good relations with its eastern neighbour and was “closely monitoring” developments there.

Iran hosts nearly 3.5 million Afghans, who make up nearly four percent of its population, according to the UN refugee agency.

Others meanwhile, welcomed the Taleban’s return to power.

The Palestinian Islamist movement Hamas, which controls the Gaza Strip, said it “congratulates the Taliban movement and its courageous leadership on this victory, which was the culmination of its long struggle over the past 20 years”.

Saudi Arabia executions – What are the country’s capital punishment laws and how many have been executed so far in 2019? – The Sun

Kabul chaos: Civilians fleeing for their lives get stuck in miles of gridlock – VIDEO