The Ukrainian armed forces have achieved a decisive victory in the Kharkiv region as the town of Hoptivka has been recaptured from Russian invaders. The counter-offensive operations of President Zelensky’s forces have targeted Russian-occupied areas in the Kharkiv, Kherson and Donbas regions. Serving troops gathered in Hoptivka, a town just short of the Russian border, for a celebratory video address which announced that the area had been returned to Ukrainian authorities. Vladimir Putin’s invading forces have come under increasing pressure to relocate troops to territories under pressure from the counter-offensive, although the Russian army is reported to be suffering from a crisis of poor military organisation.

In the footage, a Ukrainian soldier declares the liberation of Hoptivka from Russian control as his fellow troops gather in front of a building, boldly displaying the Ukrainian flag.

“On September 11th, Hoptivka came under the control of the Armed Forces of Ukraine.

“The 130th battalion sends its greetings to all people of Ukraine. Your task is complete. Glory to Ukraine!”

The group of defending soldiers call out in unison: “Glory to the heroes!” 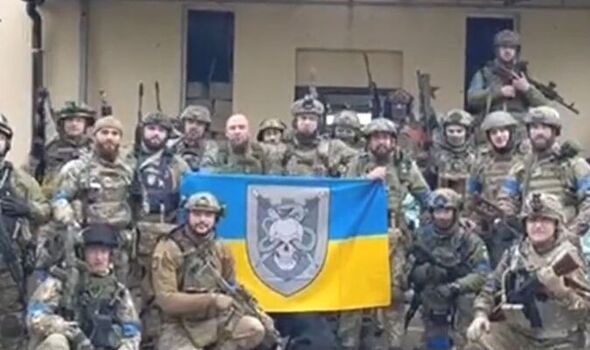 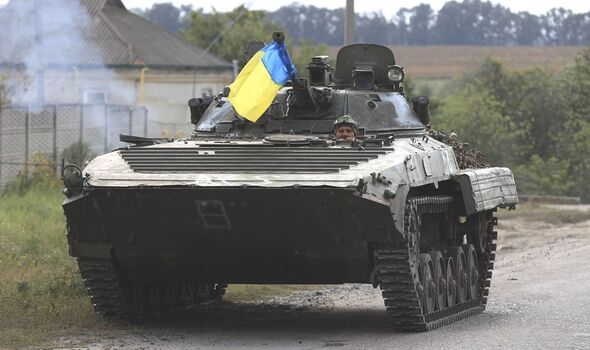 The Ukrainian Ministry of Defence reported the counter offensive in Kharkiv was ongoing, but declared that dozens of towns had already been freed from Russian occupiers.

The liberation of Hoptivka marked 200 days since President Putin began his “special military operation” in Ukraine.

The huge advance of Ukrainian troops is reported to include the liberation of more than 30 settlements in the Kharkiv region alone.

Read more: Putin’s ‘genocidal’ plan on brink as Russia in ‘no position’ for talks 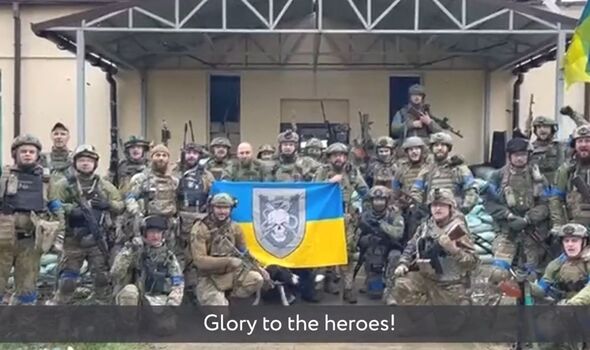 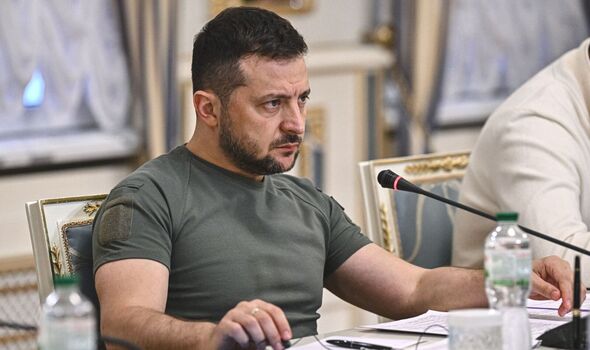 The news of Hoptivka’s liberation comes as Ukrainian troops also declared control of Balakliya, a city in Kharkiv.

The UK Ministry of Defence quantified the recently recaptured territory in Kharkiv as “at least twice the size of Greater London”.

An intelligence report read: “In the face of Ukrainian advances, Russia has likely ordered the withdrawal of its troops from the entirety of occupied Kharkiv Oblast west of the Oskil River.”

The territorial shift represents a pivotal moment in the conflict as the Kremlin begins to forfeit regions that have been under Russian control since the early weeks of the war. 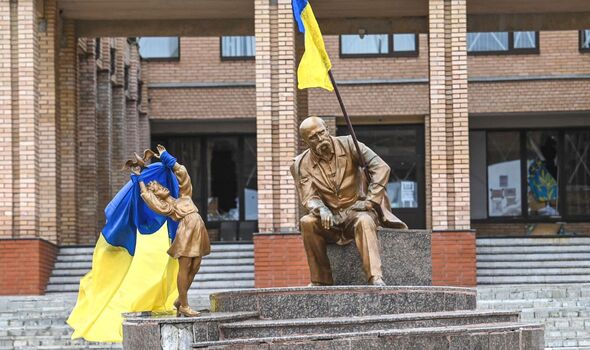 Elsewhere, Russian forces in Kherson are grappling to retain control of the region amid a crisis of equipment supplies and dwindling personnel resources.

Moscow’s troops are said to be suffering from “combat fatigue” as many brigades remain significantly undermanned and operate with outdated equipment.

President Zelensky claimed Russian troops had attempted to strike back against Ukrainian advances by attacking essential infrastructure in the targeted areas, resulting in a “total blackout” in Kharkiv and parts of the Donbas regions.

Read more:
Russian strikes cut water and power in Ukraine
Russian troops forced to ‘panic and flee’ after deceived by Ukraine’s
Ukraine: Kyiv took more land in 5 days than Russia did in months
Ukrainian troops oust invaders from scores of towns and villages
Panicked Russians ‘didn’t have time to finish lunch’ in retreat