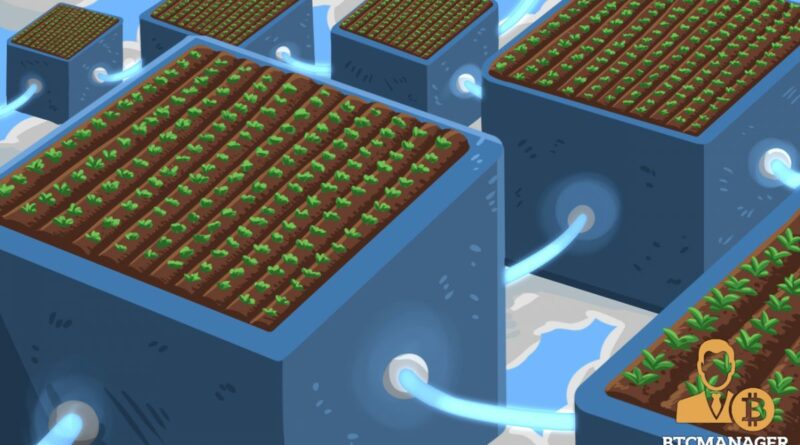 Blockchain-based tokenized agriculture is providing some relief for farmers in Argentina battling with a collapsing Peso. Crypto and blockchain adoption appears to be gaining ground in the country as the economic condition continues to worsen.

Agro-backed Tokens Offering a Hedge Against Inflation for Argentinian Farmers

According to Forbes, farmers in Argentina are turning to blockchain and tokenized assets to counter the effects of rising inflation exacerbated by the ongoing coronavirus pandemic. Indeed, the agricultural sector is one of the adoption areas for the novel tech in several countries around the world.

Argentina accounts for over 40 percent of the global soy-meal and soybean oil production. Now, blockchain is providing an opportunity for farmers to tokenize their physical assets bringing much-needed liquidity to the market. These blockchain-based assets allow farmers to hedge their risks with financial titles accepted by investors both within and outside Argentina.

Indeed, agro-backed tokens have been known to offer significant solutions to issues of liquidity and volatility in the agriculture sector. Farmers in developing countries are often able to access tokenized assets to generate investment channels across the market.

Companies like CoreLedger are taking things a step further by creating further monetization channels for the emerging agro-based tokenization market. The blockchain startup recently partnered with Abakus to develop a peer-to-peer (P2P) marketplace that will allow farmers in Argentina to engage in the global digital barter economy.

The planned P2P marketplace will reportedly create avenues for farmers to trade their tokenized assets. Participants will also be able to exchange their digital agro-based assets for other digital tokens on the Abakus platform.

“In an inflation-stricken country, access to physically-backed assets can be the difference between surviving and thriving for these farmers. the tokenization of agricultural assets brings greater agency to farmers who can now sell the physical-backed assets according to their own needs.”

Expanding Intersection of DLT and Agriculture

Decentralized ledger technology (DLT) is seeing increasing utilization in the agriculture industry with some of the focus being on provenance and supply chain. The immutable nature of blockchain records offers a tantalizing use case of the novel tech in an industry where quality is a major consideration among market participants.

As previously reported by BTCManager, IOST has partnered with agro-based startup Blocery to streamline the agriculture supply chain. The U.S. Department of Agriculture is also reportedly exploring the utilization of DLT for supply chain-related issues as well.