IBM announced today, March 19 that the world’s smallest computer – its dimensions less than a grain of salt – will use Blockchain technology and soon be “embedded into everyday devices”.

In a summary of its annual 5 in 5 report, in which IBM details what technological innovations could occur within the next five years, IBM Research Head Arvind Krishna gave the lead to a Blockchain implementation.

The announcement comes on the first day of the IBM Think 2018 conference in Las Vegas.

“Within the next five years, cryptographic anchors — such as ink dots or tiny computers smaller than a grain of salt — will be embedded in everyday objects and devices,” he wrote.

“They’ll be used in tandem with blockchain’s distributed ledger technology to ensure an object’s authenticity from its point of origin to when it reaches the hands of the customer.”

In an increasingly competitive market for supply chain security, IBM’s nanochip will have the same computing power as an equivalent, much larger one from the early 1990s.

This will nonetheless allow it to perform data handling on the required scale, various sources report, including to “monitor, analyze, communicate, and even act on data.”

In January 2018, IBM and Maersk finally launched the much-touted Blockchain supply chain operation, which had been in the pipeline for over a year.

At the same time, the company announced it was investing in a dedicated fund for financing Blockchain startups. 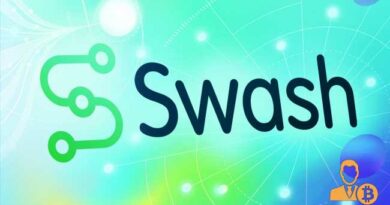