Dash (Dash) –The latest development in the Dash (Dash) world, a revolutionary digital money system, has created lots of euphoria in the cryptospace despite the continuing cryptocurrency fall over the past few weeks. Payza today announced it is adding Dash to its platform, giving 13 million users, and over 100,000 companies in 190 countries the advantage to spend the cryptocoin.

The release has made people rally more support for Dash, bringing the digital coin closer to United Kingdom cryptocurrency enthusiasts. Dash is going to be the second cryptocurrency added to Payza platform after Bitcoin was added. The integration gives users the advantage to receive and send Dash using Payza account. It as well enables users to exchange Dash with 25 reputable currencies and Bitcoin.

Payza is recognized all around the world and serves South America, Europe, Middle East, and Asia. The UK based alternative to Paypal has presence in Haiti, Brazil, Pakistan, Nepal, Venezuela among other countries. The integration of Dash came in response to demand by users to have another alternative to Bitcoin, bank account, and credit card.

In a statement, the CEO of Payza, Firoz Patel said, “There are several reasons that we chose Dash to be the second cryptocurrency integrated into our platform, after Bitcoin. Dash boasts low network fees and fast transactions, two features that users look for in a cryptocurrency. Dash also has a vibrant and active community, especially in the developing world, which appeals to us as a company that also focuses on empowering underbanked populations. Finally, Dash is user-friendly and has a roadmap in place to further improve usability.”

Speaking on the latest development, the CEO of Dash Ryan Taylor said “Payza is an exciting partnership for Dash because our respective missions are so well aligned. Payza is supporting underbanked populations in nearly 200 countries, and the Dash network’s low-cost instant transactions are ideal attributes for meeting these customers’ needs. Payza is also well regarded in the industry with literally millions of users and they’ve thus far refrained from integrating other coins across their platform. We are truly humbled to be selected as the first digital currency to integrate beyond Bitcoin, and we look forward to supporting Payza’s growth going forward.”

To make users convenient with Dash, Payza has created 10% of Dash for users who exchange fiat or Bitcoin into Dash when they make purchase amounting to 1 Dash, as well, and 5% extra for purchase that is more than 5 Dash. The latest development with Payza was made possible through blockchain web services and infrastructure provider, BlockCypher, which is Amazon Web Services for Bitcoin, with web services that enable developers to easily build blockchain applications. BlockCyper is a client to Coinbase, Xarpo, Pulse, Bitrefill, CoinHako, Capgemini, Delloite, Coineza and so on.

Partnership with Uphold Inc. and Bitwage

In a separate development, Uphold Inc. has revealed it collaborates with Bitwage and Dash to achieve Cryptocurrency-Based Payroll. Uphold is a respected digital money platform streamlining payroll protocol for cryptocurrencies by employing the unmatched features of Dash and Bitwage, an international payroll processing service.

In a revelation by the Chief Revenue Officer of Uphold Inc., Robin O’Connell, it was made know that collaboration with Dash is a lifetime advantage that has the possibility of revolutionizing efficiency of workers and signals a remarkable financial management future.

The president of Bitwage, Jonathan Chester said, “by partnering with the leading cryptocurrency for payroll and invoice processing in Dash via the secure and transparent Uphold platform, we now can power cryptocurrency-based payment processing for millions of independent workers worldwide.”

Dash is a growing cryptocurrency known in the past as Darkcoin and XCoin. It is a cheap, fast and secure open source payment network. Before this year runs out, Dash Evolution platform would take off with new and irresistible features for users.

Dash, in recent time, collaborated with many a number of firms in the nooks and crannies of the world. Earlier this year, Dash partnered with over 20 companies in the world bringing it closer to more than 20,000 potential customers garnered from new collaborations. Dash partners with BitINKA, Bitcoin.vn, Bitnovo, GoCoin, Mercury Cash, Piiko, and Strike among other platforms. In January, the US Department of Energy’s National Renewable Energy Laboratory revealed a partnership with BlockCypher to enable Dash payments for trading excess electricity in order to conserve energy. Dash has been added to exchangers like CoinSwitch, Binance, deVere Crypto, CryptoWolf, ACX, SouthXChange, among others. 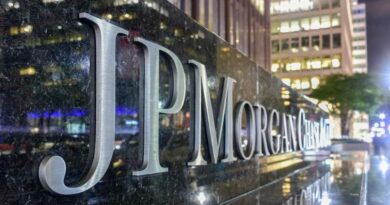