Home » Blockchain » The Rise of Play-to-Earn Games with CryptoTanks 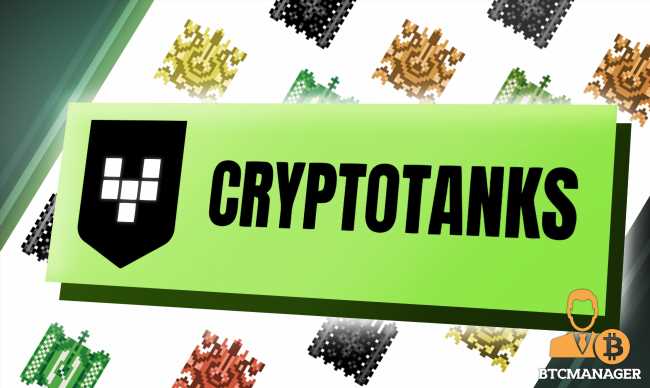 As the global gaming industry continues to grow exponentially, NFT and blockchain-powered games have increased the excitement and thrill among the players. According to a report by Global Games Market, the total number of gamers in the world averages 2.6 billion. However, the total number of gamers in the blockchain gaming industry is exponentially increasing, and the industry is suspected to hit the $183 billion mark by the end of 2021.

This growing popularity of NFT and blockchain gaming can be attributed to several unique factors such as NFT collectibles, characters and in-game assets. One of the greatest examples of this interactive gaming model is CryptoTanks.

CryptoTanks is based on the popular video game of the 90’s “Battle City” with a twist of blockchain and NFT. The earlier model of the game was popular and included a tank that players used to navigate different levels while breaking walls and escaping patrolling enemies.

CryptoTanks is rebooting the game with more features and the magnetism of NFTs. CryptoTanks have created several NFTs all of which are usable in the game which is fitted with several new missions, maps, tanks, battle modes, etc. CryptoTanks is based on a play-to-earn model where players can collect and trade tanks, play with them to earn money.

The game has four main modes, battle areas, team vs team, random teams and money battles. All players must purchase an NFT tank to play the game to earn rewards and upgrade their tanks with time. Upgrading the tanks will make them more powerful, durable and stylish, increasing the chance of winning. CryptoTank is powered by one token, $TANK token, which can be used in-game and on the platform to purchase tanks and upgrades. CryptoTanks has developed a rewarding NFT game with several advantages. Some of the features of CryptoTanks include.


– The ability to earn money by four different methods.

1) By playing and earning $TANK tokens.

2) By upgrading tanks and selling them as NFTs on CryptoTanks Marketplace.

3) Renting their tanks to other users and enjoying commissions.

– Complete control of the earned asset remains with the players.

– A fun, interactive and progressive game where users can build and develop their tanks as they move forward in the game.

– A doubly rewarding platform with NFTs paired up with the nostalgic and fun feel of 90s games.

– Every time a tank NFT is traded on the marketplace, there will be a 3% fee which will be burned. This will make the token deflationary.

In conclusion, CryptoTanks is an interactive and rewarding play-to-earn game that has the potential to disrupt the blockchain gaming industry. Join the waitlist here for more information about the game, and follow CryptoTanks on Telegram, Discord, Twitter.

Blockchain May be the Answer to US Health Care Mess

3 Ways TRON (TRX) Can Become the Next Ripple (XRP)