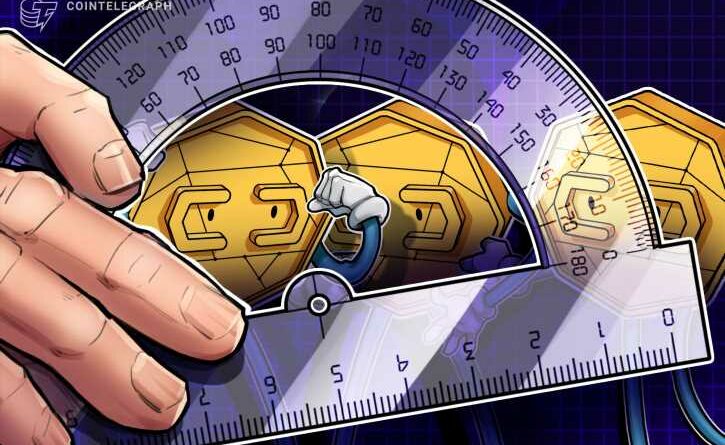 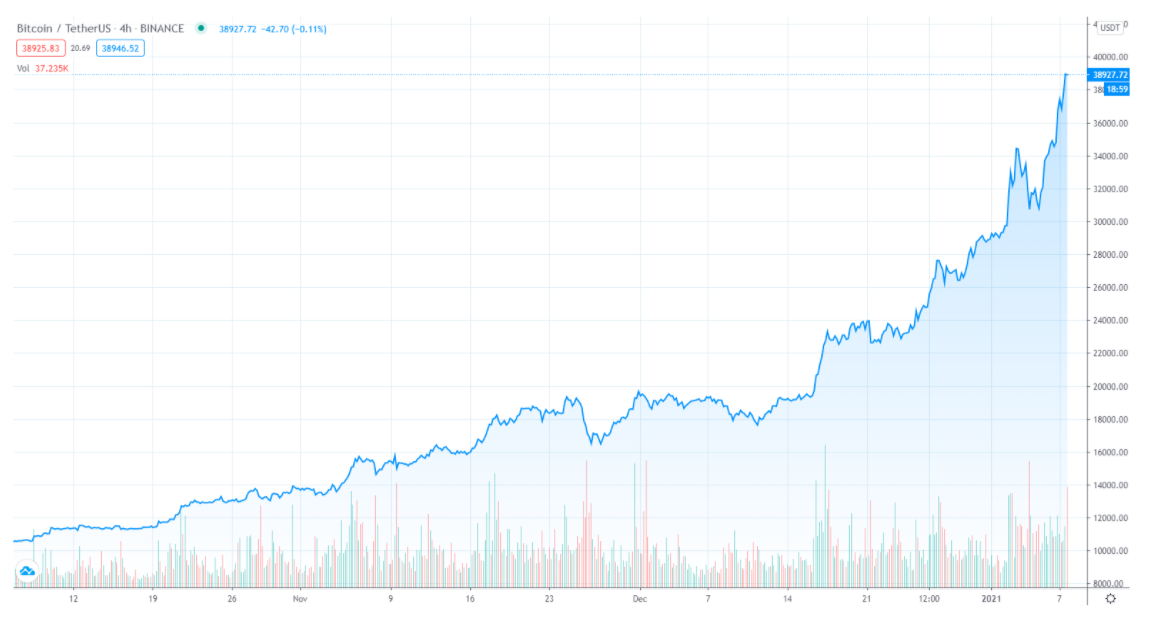 The $40,000 barrier marks a significant milestone for the top-ranked cryptocurrency. According to Matt Blom, head of global sales trading at EQUOS:

“Bitcoin’s march to $40k has been driven by fresh capital from huge hedge funds, corporate treasuries and awareness from the investing public that all is not well in the world of fiat. It’s easy to forget that we are still in the very early stages of adoption.”

Blom added that instead of trying to “pick the top,” investors should just “enjoy the ride.”

Shortly after Bitcoin surpassed $40,400, it ran into significant selling pressure that saw its price dip back as low as $36,600 before buyers came back in to take advantage of the quick dip in price.

Bitcoin’s 24-hour volume has reached a new all-time high of $82.4 billion, and a number of top cryptocurrency exchanges experienced outages and connectivity issues.

Traditional markets also saw positive trading as the results of the United States presidential election now appear to be finalized with Democrats controlling the presidency and both houses of Congress.

Bitcoin’s surge above $40,000 increased its dominance rate to 69.1%, but this did not negatively impact altcoin prices. Notable movers of the day included XRP, which has rallied 38.59% to $0.35 over the past 24 hours. 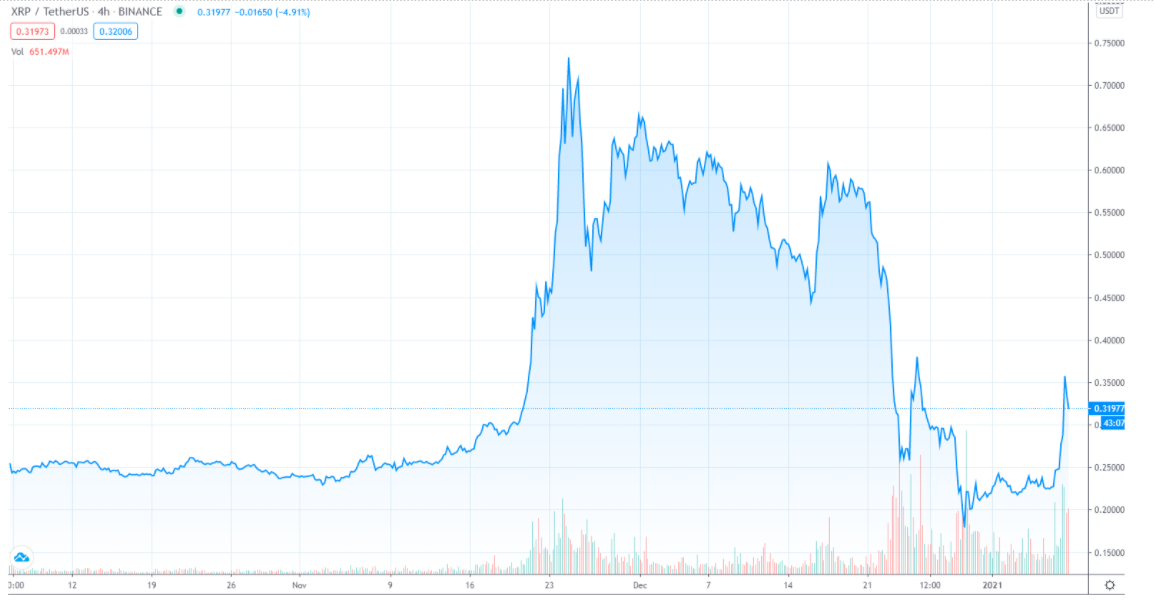 Other notable performers over the past 24-hours include Nano and Yearn.finance’s YFI, which have seen increases of 77.33% and 20.93%, respectively.

“Beyond being a psychological level and a round number, I don’t view 40K as particularly significant. From a technical perspective, there is no resistance ahead – just blue skies because Bitcoin is in parabolic price discovery. The expectation would certainly be that a major correction will eventually come, but it is a fool’s errand to try to time it or to assume that an arbitrary number like 40K will be the top.”

Is Bitcoin Now Bullish or Bearish at $7K? Here’s the Scorecard