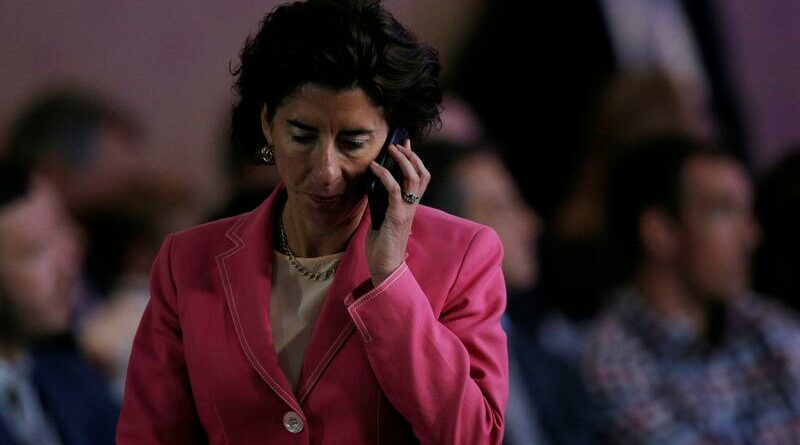 The two Democrats will head sprawling agencies that will shape Biden’s agenda on climate change, technology, investment and the minimum wage and other workforce rules and policies.

The SBA has been central to distributing hundreds of billions of dollars in coronavirus aid to small businesses over the past year.

The announcements are expected to be made on Friday along with other Biden administration Cabinet positions, the sources said.

Raimondo’s expected nomination was first reported by CNN. As Rhode Island’s first woman governor, she has pushed for a $15-an-hour minimum wage in her state, but said in a recent interview with the Providence Journal that she is reluctant to raise taxes on big earners to cover a state budget deficit.

Raimondo, 49, also said in the interview here that she would push for state-operated stores to sell marijuana.

A Harvard- and Yale-educated lawyer with a background in venture capital, Raimondo has launched successful workforce training programs in Rhode Island, which a source familiar with her selection said was in line with Biden’s plans to boost education and worker training for 21st-century skills.

The Commerce Department is the official face of American business overseas but also runs such key federal departments as the National Oceanic and Atmospheric Administration (NOAA), the U.S. Patent and Trademark Office, and the U.S. Census Bureau.

Walsh, 53, currently in his second four-year term as mayor of Boston, has fought hard to “rebuild the middle class, build a more inclusive, resilient economy, and fight for workers in his hometown,” a source familiar with his choice said, adding that Walsh backed both a $15 minimum wage and paid family leave.

Walsh, who served from 1997 to 2014 in the Massachusetts House of Representatives, was elected Boston mayor in 2013. He is a past president of the Laborers’ Union Local 223, which he joined at 21, and later headed the Boston Metropolitan District Building Trades Council.

“Walsh knows that collective bargaining is essential to building back better by combating inequality, beating COVID-19 and expanding opportunities for immigrants, women and people of color,” AFL-CIO President Richard Trumka said in a statement.

“He will have the ear of the White House, the Cabinet and Congress as we work to increase union density and create a stronger, fairer America.”

A former senior SBA official during the Obama administration and small business entrepreneur, Guzman grew up as the daughter of a small business owner, learning the ins and outs of entrepreneurship working in her father’s chain of veterinary hospitals.