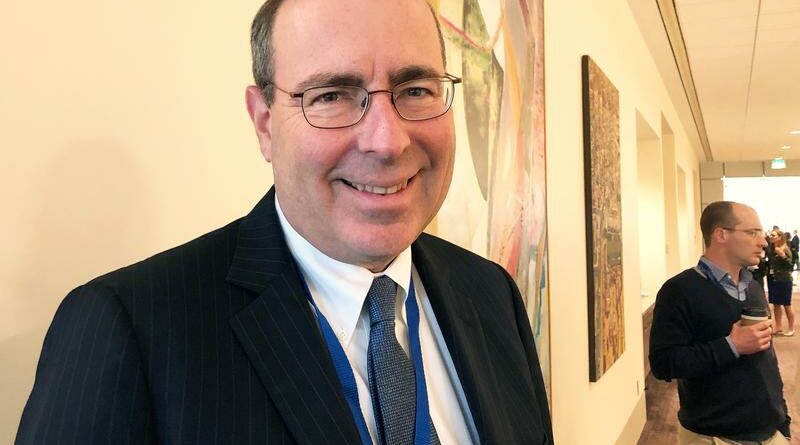 (Reuters) – A recent rise in U.S. bond yields and market inflation expectations has bolstered Federal Reserve officials’ hopes that the central bank’s new monetary policy approach is taking hold and could be further buoyed if a Democratic-led Congress rolls out more spending.

“I am encouraged to see the rise in market indicators of inflation expectations. … That is what we are trying to support,” Richmond Federal President Thomas Barkin said on Thursday in an interview with Reuters.

Barkin said he regarded a recent rise in interest rates on Treasury bonds as also part of a “reflation trade,” a sign that investors were factoring future hikes in prices into their decisions by demanding higher interest rates, rather than representing a worrisome tightening of financial conditions.

“The ingredients for higher inflation are in place,” St. Louis Fed President James Bullard said in separate comments to reporters. “You have very powerful fiscal policy in place and perhaps more to come,” with Democrats now about to control the White House as well as the U.S. Senate and House of Representatives.

“You have a Fed that … wants to temporarily have inflation above target. You have the economy poised to boom at the end of the pandemic,” once the impact of new coronavirus vaccines is felt, Bullard said. The yield on the benchmark 10-year Treasury rose above 1.07% on Thursday, hitting its highest level since March. The 5-year forward inflation expectation rate hit nearly a two-year high of 2.05%.

After nearly two years of study, the Fed in August changed its approach to monetary policy to allow for higher inflation, hoping to meet its 2% target on an average basis by letting prices drift higher for some time in order to offset years in which inflation had been weak. That would also allow, in theory, a lower unemployment rate since the central bank would try to sustain the sort of “hot” economy that leads to rising prices.

The massive uncertainty about the economy and the course of the pandemic late last summer has since given way to what Barkin said was more “clarity” around where things stand – with two coronavirus vaccines being distributed, fiscal buffers in place to help many American households, and consumers “not far away” from the point when they will “engage in the economy with a lot more confidence.”

The pace of the vaccine distribution will play a large role in when that happens, with some policymakers expressing dismay at the effort so far.

But the events of the last few weeks do seem to have shifted market bets about the future, with trades in inflation-linked securities hinting that investors expect higher inflation and accept that the Fed will not stand in the way of it.

“We are looking at a long period where the fed funds rate will stay at essentially zero,” Harker said, referring to the central bank’s key overnight interest rate. He added that he saw no signs that “inflation is going to go out of control.”

Indeed, Chicago Fed President Charles Evans expressed more skepticism about the inflation to come, even with the additional government stimulus that might be on the way to help battle the economic fallout of the pandemic and the recession it triggered.

The boost to inflation from added fiscal spending, he told a bankers group on Thursday, is not “nearly as strong as I would like.”

The Next Big Shift in Economics Takes Shape Under Covid Shadow