A group of deputies submitted to the State Duma a bill “On Digital Financial Assets,” which lays the foundations for regulating the crypto economy in Russia. This is only the first step, but it is already clear that Russian officials are not going to encourage the development of digital finance.

Recognizing cryptos as property is rather a non-trivial solution, as in other countries, cryptocurrencies are deemed either securities, such as in the US, or a medium of exchange (Sweden, the Netherlands, Australia). Thanks to this decision, Russian officials were able to squeeze the regulation of digital money into existing legislative norms with minimal costs.

It is possible, of course, to mine without this nonsense, but in a very limited way—only if the energy costs for mining for three consecutive months do not exceed the energy consumption limits established by the government of the Russian Federation. In Moscow, for example, for apartments equipped with a gas stove, the limit is 45 kWh per person per month. Considering that the energy consumption of most modern miners ranges from 0.6 to 2 kW, it is easy to calculate that one device will exhaust the monthly limit in 22.5 to 75 hours. That is a maximum of three days. Then the farm will have to be turned off until next month. If you do not like it, go to the tax authorities and register as an individual entrepreneur and submit monthly tax reports. In addition, the president instructed the government and the central bank to develop a tax for miners before July 1. It is unclear as of yet what to expect of it.

You can, of course, continue to mine at your own peril and risk, but then you need to be prepared for the fact that one day, a police officer will knock at your door and arrest you for illegal business. Art. 171 of the Criminal Code on “Illegal Entrepreneurship” provides as punishment “a fine of up to three hundred thousand rubles, or compulsory work for up to four hundred and eighty hours, or arrest for up to six months.” It is easy to identify a miner based on electricity consumption and the Internet traffic, as during mining, they do not change throughout the day, unlike average indicators. One of the authors of the bill “On Digital Financial Assets,” the State Duma member Anatoly Aksakov, told Vedomosti that the ministry of communications was already developing mechanisms for identifying miners using these indicators.

Everything is complicated with the issuance of tokens, too. First, the issuer must publish “an investment memorandum and a public offer specifying information about the issuer and its beneficial owner, the price of purchasing the issued token,” as well as “information on the person performing the depository activity, to whom copies of the public offer are transferred for safekeeping.”

Perhaps during the discussion in the State Duma, the deputies will be able to explain how it is possible to transfer copies of a document that exists only in the “‘Internet’ information and telecommunications storage network” and what, in general, is the point of doing so. So far, the logic of the authors of the document is simple. If issuing shares and bonds requires issuing an investment memorandum and transferring it to the depositary for safekeeping, then the issuers of tokens should do the same.

Tokens can be exchanged for rubles or foreign currency, but “only through the operator of the exchange of digital financial assets, which is the organizer of trade in accordance with the federal law ‘On Organized Tenders.'” Simply put, through an officially registered exchange. A noteworthy moment. The bill establishes that “digital financial assets are not a legal tender on the territory of the Russian Federation.” That is, they cannot be used to pay for goods and services.

This creates serious problems for Russian projects already hurrying to issue their own cryptocurrency. The most famous of them is LavkaLavka with its BioCoin. But, at the same time, as it was already noted, cryptocurrencies and tokens are considered property. Therefore, they can be used in barter transactions and exchanged for other goods under a barter agreement in accordance with Art. 567 of the Civil Code of the Russian Federation. Perhaps, this will be a good way out for “Lavka.” The recognition of tokens and cryptocurrencies as property also means that they will be included in the bankruptcy estate in the event of bankruptcy of individuals and legal entities and will also be taken into account in divorce cases.

In general, we have to state that Russian officials do not see any benefit in cryptos. It is sad, but not surprising. And it is not tragic at all, as for today’s market participants, in fact, nothing will change as ICOs will be conducted outside the Russian jurisdiction, cryptocurrencies will be traded on offshore online exchanges, and tokens will be purchased during ICOs via Internet sites. Additional risks will appear for the miners, but asymmetric measures are already being actively discussed in forums, from banal juicing of electric meters to the transfer of farms to special mining hotels, which have recently become very popular.

The main victim will eventually be the Russian economy as it will not gain anything but will continue to lose promising startups, which will be registered in other countries for the sake of the possibility of conducting normal ICOs. 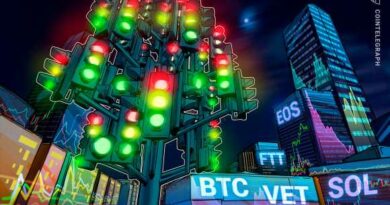