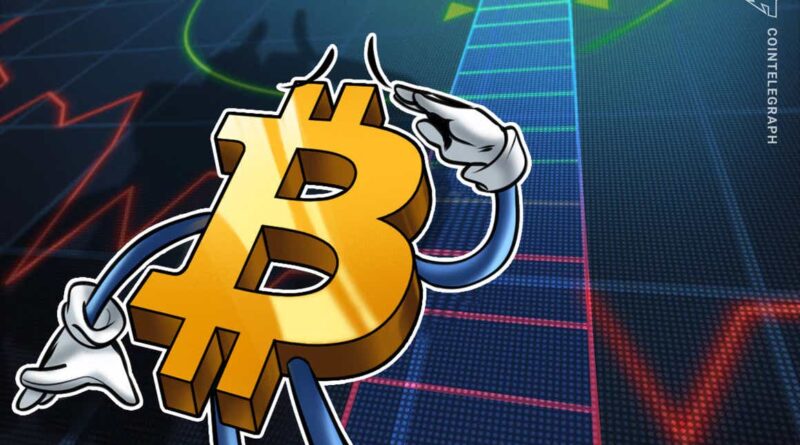 Bitcoin (BTC) narrowed its consolidation range on March 18 as the TradFi trading week looked set to end with $40,000 still in place. 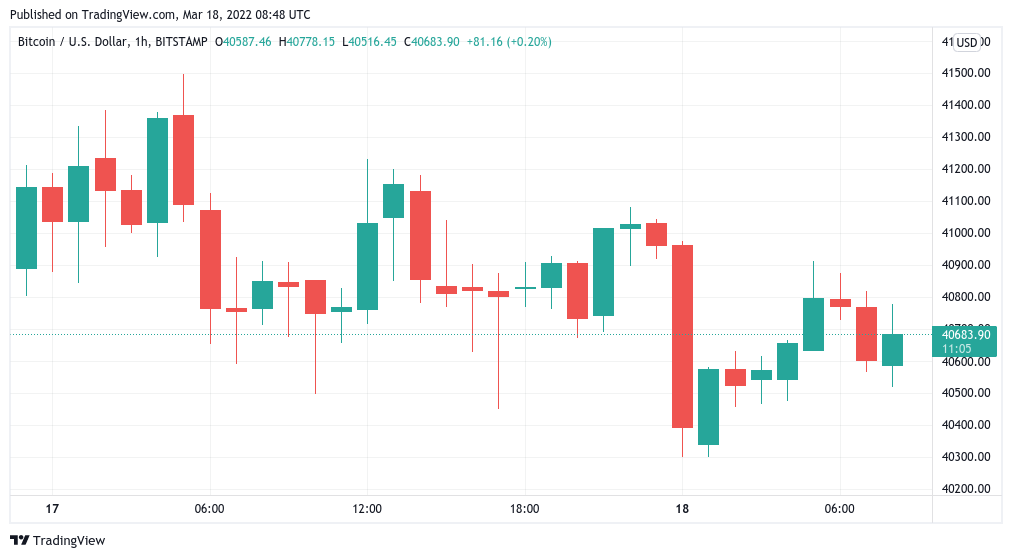 Data from Cointelegraph Markets Pro and TradingView showed BTC/USD preserving $40,000 support overnight and with it, the area highlighted as “crucial” by analysis Thursday.

For popular trader Crypto Ed, the next few days should see either a continuation to a target zone of $43,000 or a breakdown of the current trend.

Analyzing his Elliot Wave setup for the 4-hour BTC/USD chart. However, he noted that the cycle was “still bearish” prior to a range high of $45,000 being broken — something which could happen after another few consolidatory moves in between.

Those moves, specifically a strong bounce during the retracement, “would be my signal to go long,” he said in a YouTube update on March 17.

Other participants were increasingly bullish on the outlook, too, with Twitter trader Zima even highlighting a long-term trend breakout for on-balance volume (OBV).

As Cointelegraph previously reported, increasing OBV reflects growing demand for an asset at the current traded price. For Bitcoin, the time appeared to be the night for exiting a sideways price zone in place since as far back as January 2021.

“I haven’t moved a single line on my OBV since I started tracking the move 8 weeks ago,” Zima commented.

“We have broken out of the wedge to the top side and are flipping the 20 day OBVMA. We are on the cusp of a multi month bullish continuation after a year of crab.”

Fellow account Allen Au added to the optimism, eyeing a potential move out of Bitcoin’s 2022 range with $46,000 as its top.

The week came with a new achievement for Bitcoin network growth, notably the Lightning Network, which passed 3,500 BTC capacity.

The technology has been in place for several years, and has quietly grown behind the scenes to cater to increasing volume and mainstream consumers.

“Don‘t sleep on the Lightning Network, which continues to grow at an impressive pace,” on-chain analyst Dylan LeClair commented on the statistics. 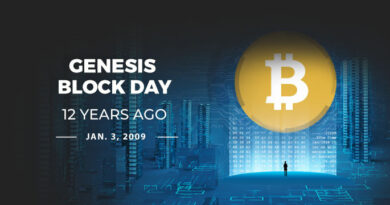 12 years since the Genesis block: A reminder of what Bitcoin is really about