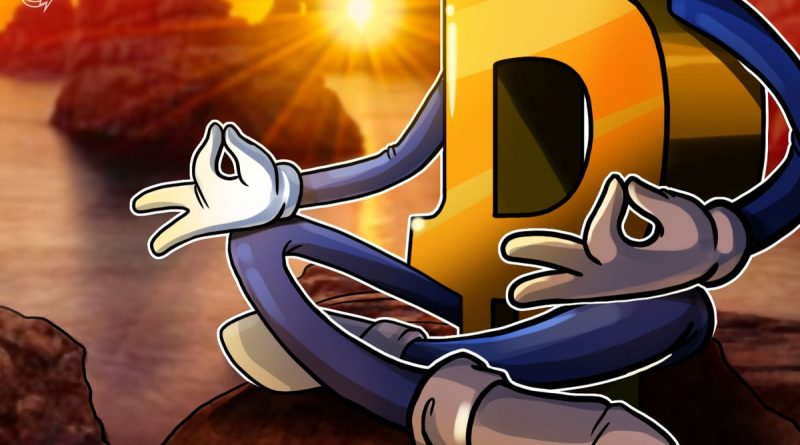 Bitcoin (BTC) kept traders guessing to the last minute into the 2022 yearly close as volatility remained absent from the market. 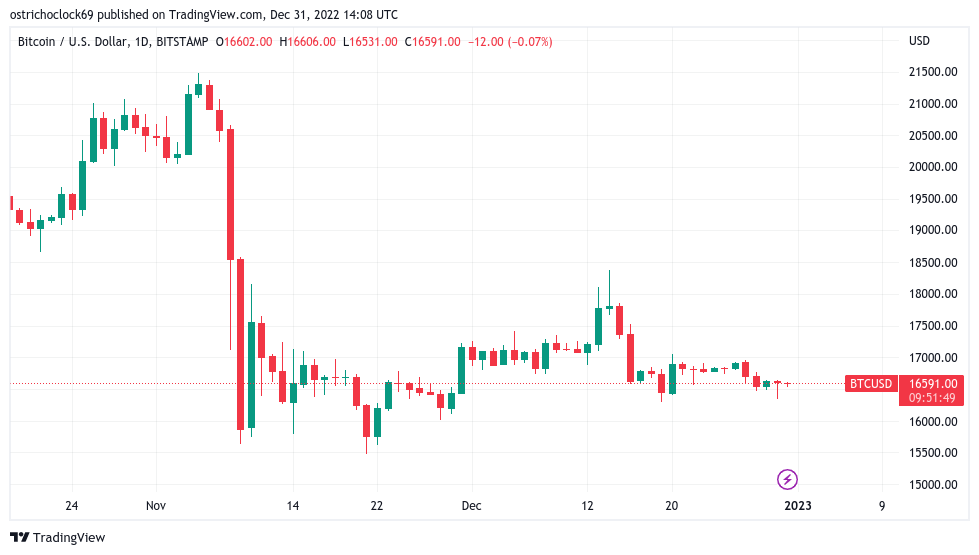 Data from Cointelegraph Markets Pro and TradingView showed BTC/USD clinging to a familiar area around $16,500.

The pair continued to disappoint players on both sides of the trade after a sideways Christmas, ignoring the potential significance of the simultaneous weekly, monthly, quarterly and yearly candle close.

An accompanying chart nonetheless showed a lack of significant support above $16,000, with resistance overhead at $17,000. 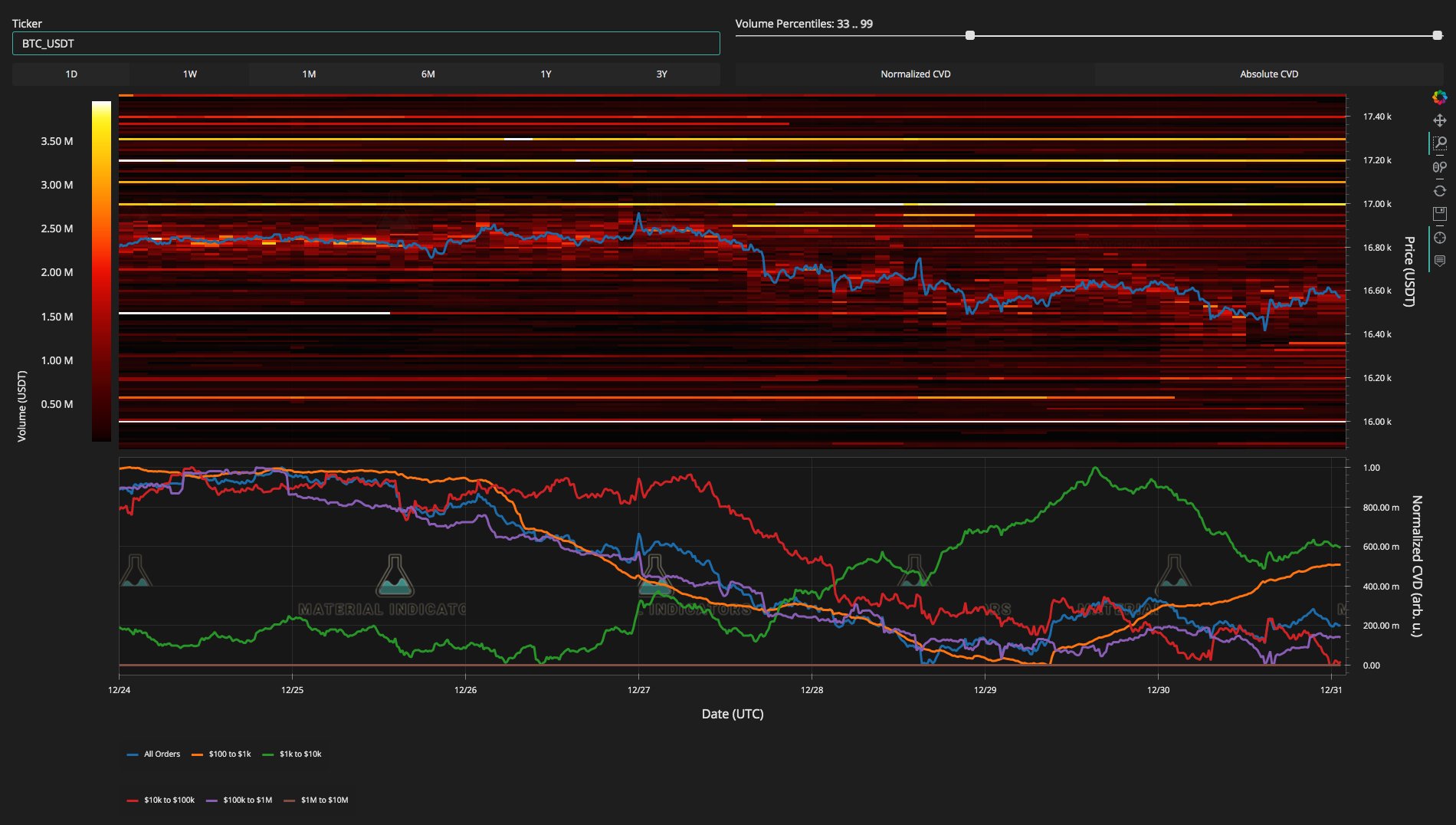 Looking slightly beyond the close, Arthur Hayes, former CEO of exchange BitMEX, hoped that Bitcoin would not fall under its post-FTX floor around $15,500.

“If $BTC can hold FTX lows that’s positive. Let’s see what the new year brings,” part of comments stated as part of a warning over U.S. dollar liquidity.

More categorical when it came to bearish forecasts was popular trader Cypto Tony, who doubled down on his existing theory that further downside would precede Bitcoin’s recovery.

“This remains my macro outlook on Bitcoin where we see another pullback lower before accumulation prior to the next bull run,” he told Twitter followers.

Bitcoin dominance due a January boost

Despite also calling for fresh downside to afflict Bitcoin price action, Ghinea now said that it would be altcoins bearing the brunt of the anguish.

“BTC Dominance will push up in the next weeks. More pain for alts. is coming,” he tweeted on Dec. 30.

The views, thoughts and opinions expressed here are the authors’ alone and do not necessarily reflect or represent the views and opinions of Cointelegraph.

Sensorium (SENSO) Gets Listed on KuCoin to Drive Global Cryptomarkets

Bears Capitalize on Uncertainty as Bitcoin Price Drops Below $7,300

Crypto Regulation In Thailand To Begin In April