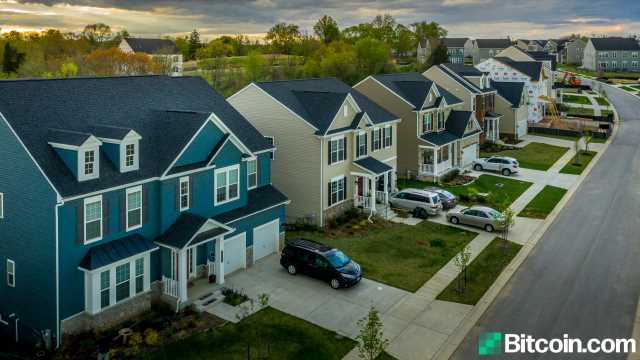 On Monday, the publicly-listed Canadian company Mogo announced the firm is extending the bitcoin rewards program applied to the firm’s prepaid Visa card to the operation’s Mogomortgage product. Mogo members leveraging the Mogomortgage platform can earn up to $3,100 in bitcoin if they engage in a new mortgage or refinance an existing real estate loan.

During the last few years, the Vancouver-based Mogo Inc., (NASDAQ:MOGO) (TSX:MOGO) has gradually been gravitating toward cryptocurrency solutions. Back in 2018, Mogo revealed a partnership with DMG Blockchain Solutions and planned to launch a bitcoin mining facility in British Columbia. At the end of December 2020, Mogo executive Greg Feller explained that Mogo was joining the trend of firms holding BTC on their balance sheets. Mogo disclosed the company invested 1.5% of Mogo’s total assets into bitcoin at the end of the third quarter of 2020. Now Mogo has announced a new bitcoin rewards program for Mogomortgage consumers. “Under the program,” Mogo said on Monday, “Mogo members who take out a new mortgage or refinance with Mogo can earn up to $3,100 cashback deposited in their Bitcoin and Rewards account.”

Mogo’s founder and CEO, David Feller, believes as far as bitcoin adoption is concerned we are still in the nascent stages. “Our bitcoin rewards program is all about giving our members more ways to accumulate bitcoin,” Feller said. “It’s clear that we’re still in the beginning stages of seeing consumers add bitcoin to their financial portfolios, just as we’re seeing corporations add it to their balance sheets.”

Given the volatility and speculative nature of bitcoin, there’s an increasing number of Canadians who are looking for ways to participate without risking their own money, and our bitcoin rewards program meets this demand. As an independent mortgage brokerage, our goal has always been to help members get the best rate and the right mortgage, and now our new bitcoin rewards program will reward them with up to $3,100 in bitcoin.

Offering Mortgage Customers a Unique Reward That Can Grow in Value

Over the last few years, bitcoin rewards for prepaid cards have been very popular, Mogo and Feller think that this program will also fit nicely into the mortgage space. “The residential mortgage market in Canada is a massive market estimated at about $1.7 trillion, and we’re pleased to provide Canadians with a great way to get a mortgage, while also earning bitcoin,” Feller emphasized.

The CEO further highlights that in contrast to traditional reward programs, rewards paid in bitcoin offer growth benefits. “Bitcoin rewards have the unique characteristic of being an asset class that can rise in value over time – $3,100 invested in bitcoin 5 years ago would be worth over $350,000 today,” Feller concluded.