There’s a little bit of possible good news for the cryptocurrency community after the most recent drop in trading. Coinbase has inked a deal with Barclays bank out of the UK. In a world where most financial giants are turning their noses up at cryptocurrencies, Barclays allowed Coinbase to open an account with the bank, making it easier for British traders to move their crypto to fiat and vice versa. Bank transfers through Barclays will be available within the next couple of weeks.

In an interview with CNBC, Coinbase UK CEO Zeeshan Feroz  said the initial rollout will involve “giving a small number of institutional users access to Faster Payments,” followed by a launch to all UK customers to make “the Coinbase experience increasingly easier.” Due to the announcement, analysts have predicted an increase in trading from crypto fans in the UK.

Despite still dealing with a couple of litigious headaches, Coinbase had another boost recently. The British Financial Conduct Authority gave the exchange its blessing for an e-money license, which will enable Coinbase to add support for the Faster Payment Service (FPS). FPS transactions can be completed in less than a day, provided both the sending and the receiving banks subscribe to the service. The license will also give Coinbase access to an additional 23 countries across Europe.

Coinbase is a popular platform for buying and selling several cryptocurrencies. It also operates the GDAX crypto exchange. Coinbase has supported legacy Bitcoin (BTC), Ethereum and Litecoin for some time, and added Bitcoin Cash as an asset in December 2017. Almost as soon as it was launched, Bitcoin Cash was pulled over rumors of insider trading. Those rumors have led to at least one pending lawsuit, with the possibility of more to follow.

Barclays bank is a multinational financial institution headquartered in London. It operates in more than 40 countries and offers four types of businesses and has assets of more than $1.5 trillion. It is listed on the London Stock Exchange and on the New York Stock Exchange. Its largest shareholder is Qatar Holdings, an investment vehicle of the State of Qatar. 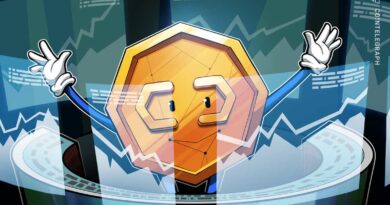