The violent crypto bear trend of 2018 has proved too much for many cryptocurrency hedge funds. The average performance of crypto funds has been a loss of over 20% so far this year, with at least nine crypto hedge funds having been reported to have ceased operations.

At Least 9 Cryptocurrency Hedge Funds Have Already Shut This Year Reports are indicating that cryptocurrency hedge funds have experienced a significant reduction in demand for exposure – with many funds posting losses for 2018 so far, and others closing their doors entirely.

Among those to cease operations, are Crowd Crypto Fund and Alpha Protocol – with Alpha Protocol recently publishing a message informing investors, stating, “Considering the potential regulatory and market risks, Alpha Protocol has decided that the best approach is to refund the private sale contributors.”

In addition to the closures, several industry players have reneged on previous plans – with Sequoia and Andreessen Horowitz-backed Polychain Capital deciding against conducting a Canadian initial public offering in January. Mike Novogratz also opting against launching a cryptocurrency fund in December, instead choosing to work on a merchant bank focused on crypto-related ventures.

According to Eurekahedge’s “Crypto-Currency Hedge Fund Index,” the average performance of crypto hedge funds in 2018 has been a loss of 23.31% as of March, with February alone producing an average loss of 18.75%.

Kyle Samani, the co-founder of Texas-based hedge fund Multicoin Capital, recently told Bloomberg that “New capital has slowed, even for a higher-profile fund like ours.” Multicoin’s fund launched in August 2017, and currently manages approximately $50 million in assets.

2017 Witnessed an Explosion in the Number of Cryptocurrency Hedge Funds The speculative frenzy surrounding virtual currencies that pervaded throughout 2017 resulted in an explosion in the number of new cryptocurrency hedge funds last year.

Lex Sokolin, Autonomous Research LLP’s global director of fintech strategy, has predicted that up to 10 percent of cryptocurrency funds may cease operations by 2019.

Do you think that more cryptocurrency hedge funds will cease operations in 2018? Share your thoughts in the comments section below! 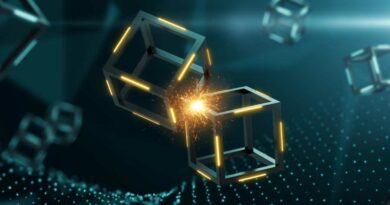 Masternodes are still alive and kicking: This project is proof

BIS: Regulation could be embedded in stablecoins