Those expecting another Bitcoin (BTC) speculative price dip are looking in the wrong place, one of the industry’s best-known analysts suggests.

Brandt argued that volume spikes that accompany price crashes have been absent in December versus previous episodes. As such, the “real” capitulation phase is yet to occur.

Responding, Woo argued that speculative derivatives traders had featured in the cascade to $41,800 earlier this month, while retail investors continued to hold BTC. As such, volume data from Coinbase or other retail platforms does not serve as a suitable indicator for an imminent dip.

“That’s a Coinbase chart, sell pressure has been from deleveraging on futures markets, also more on Asian spot exchanges,” he wrote.

“Overall no signs yet of an on-chain sell off (HODLers holdling, speculative investors took profits). Effectively a consolidation under weak December liquidity.”

Brandt appeared to acknowledge the nuance.

As Cointelegraph reported, meanwhile, retail traders have been buying throughout the past several weeks, as evidenced by wallets with 1 BTC or less adding to their balances.

With whales biding their time, derivatives appear to be regaining confidence, with Bitcoin futures open interest steadily rising since the dip.

The Grayscale Bitcoin Trust, meanwhile, is trading at its biggest-ever discount to net asset value in history this week. 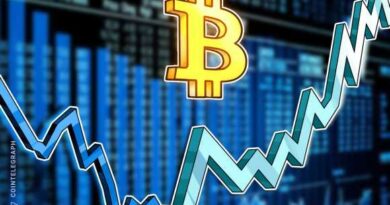