Dr. Wright warns predatory ICOs and exchanges, which will be driven to the ground by the ‘atomic swap.’

At the TOKEN2049 in Hong Kong last week, nChain chief scientist Craig Wright’s speech went against what majority of the attendees (even speakers) stood for. Filled with hopeful start-up founders, several attendees to the event were also holding token sales. For a day trader, this was a jackpot.

But with so many already in existence—and with many more popping up as we speak—it’s quite logical to assume that majority of these will collapse. For one thing, many are set on launching ICOs simply because it has been known to generate massive funds, in a very short span of time–millions of dollars within 24 hours for some.

“I’m going to tell you a whole lot of things that you probably don’t want to hear today,” Wright, who has been quite the polarizing figure in the Bitcoin community for years, started his speech. Here we wrap up the key points in his speech at last week’s event.

Wright then went on to warn ICOs, particularly those who are just hyping it up to generate quick bucks, without actually planning to deliver—which he says constitutes 99% of ICOs in existence.

“None of the ideas of ICO’s or whatever else works unless they have worth—not raising funds for the sake of raising funds, not anything else,” Wright said, adding that “code is law” is not a valid defense. Tokens sold through ICOs to generate funds can be categorized as securities.

“Just because you’ve conned some lawyer into misunderstanding it, doesn’t make it any different,” he said.

Wright says that if a company does fail, authorities will question whether the founders actually tried and built something, or if they just awarded themselves with big salaries to line their pockets. He added that he is helping and will continuously aid authorities in cleaning up the space of predatory companies.

“The law is law,” Wright said. “You try standing in front of a judge and telling him otherwise, and you’re going to be sorry because they can reach back in time. The SEC doesn’t think about what you’re doing now. They have a 20-year timeframe. You raise money and you don’t pay it back, they can reach back. Not ‘you got away with it.’”

“What they really should be used for is a new business model, not ‘how can we raise funds and deliver nothing,’” Wright said. “47% have nothing to show after a year but wasted money. It is worse than dot-com back in the 90s.”

Inclusion, not getting rich, is the real purpose of tokenization

Blockchain intended to bring equality and inclusion, but the human desire to own more than the next guy has always been a powerful motivating factor that has steered civilization into consumerism. Wright cited HODLing as the new age form of hoarding.

“HODLing is probably the most despicable, evil thing to do with Bitcoin. It is not saving, it is hoarding. Bitcoin is a payment system. It is cash. It is to be used to help people spend money,” he lamented. “People can actually spend and use, not hoard so that in ten years, they can go, ‘look! I’ve got more of something than I can hold.’”

According to Dr. Wright, a huge percentage of blockchain and cryptocurrency start-ups are merely taking advantage of the hype and value spikes caused by HODLers, instead of actually building something worthwhile. He states that tokenization was supposed to be a medium through which the world can create an “on-demand economy,” an Uber for everything you need, as he puts it.

Efficient, high-speed production of supplies that are made on-demand with a traceable and verifiable supply chain on the blockchain, he says, is what tokenization should be used for, making otherwise luxury items a common and accessible thing for all people.

“Everything that is common now used to be a luxury—toilets were a luxury 100 years ago. Victorian England—if you had a flush toilet, you were rich. Now no one would buy a house in the West without a toilet.”

He went on to discuss how this new revolution could open up the floodgates to inclusion and global interaction.

“This is a world that is becoming more and more global—that is a good thing,” Wright said. “As we start trading with people, we start building relationships and having to understand them.”

“When we want to start actually understanding our customers in different parts of the world, then we start to be exposed to different culture, different ways of life—different ways of doing things. It opens us up and we all grow as people, as humans. We don’t become so isolated and insular.”

An age of equality, meritocracy

“Tokens enable something miraculous if done right. They enable a world where every person in this bloody globe—not just someone in a little area in Silicon Valley—can start trading. But someone in Ghana can write code, design, build,” said Wright.

“Imagine that poor guy in the middle of Venezuela who wants to earn some money and be able to live and trade and do something. Now, he can write an article, now he can design something and own the digital rights to it and have someone (3D) print it anywhere on earth. That’s what this is really about. The ability for anyone to get out there and do something and promote something of substance and to compete on merit,” he said.

He added that the implications of tokenization on the blockchain for equality is massive, and can help people from all walks of life compete on equal grounds regardless of the circumstances under which they were born.

“Not with government handouts, not with government subsidies not because they inherited wealth –because they do it better, they work hard, they think smarter. That’s what tokens will deliver. The true gains of the digital economy aren’t yet, they will be when we have everything able to be taken anywhere, and used anywhere.”

So far, Dr. Wright’s promise to help authorities prosecute predatory ICO’s was not even the biggest bomb in his speech. According to him, he will be driving exchanges to the ground by creating their ultimate competitor—a free cryptocurrency exchange mechanism, one that will enable transfers as fast and simple, as say, sending someone a Facebook message.

There is no detailed information on the new mechanism as of yet, but Wright says they will be releasing some papers starting May, two months from now onwards, that will change everyone’s perspective—and probably shatter several businesses.

“We’re going to start teaching you how everything you thought about Bitcoin is probably wrong. We’re going to teach you how to do ‘atomic swaps,’” he announced. While he says he can’t announce the specifics until the paperwork has been finished, his description of the mechanism is quite unnerving, particularly if you are running, or building a cryptocurrency exchange.

“I can buy and sell Ethereum to Dash inside Bitcoin today. I can make exchanges obsolete,” Wright declared. “Right now, I can do a peer-to-peer exchange of Ethereum and Dash on Bitcoin Cash.”

Addressing cryptocurrency exchanges, Wright warned: “We’re going to make you obsolete—not so that we make money out of it—so that we start people trading.” Precisely how he’s going to drive exchanges obsolete, apart from the capability for direct cross-blockchain transfer, is the fact that it’s free.

“I don’t want your money. There’s my scam: I’m not going to take a cent from anyone,” adding that those raising money to put up cryptocurrency exchanges can still “go for it,” but that their days are numbered.

“I’m not going to stop you. I’m just going to basically out-compete you. We’re going to release—freely—a whole [lot of things] that make all that you’re doing there obsolete.”

He reiterated on the proof-of-work principle of blockchain, and how the new revolution would supposedly make competition all about creating and delivering.

“It is proof-of-work, not ‘proof-of-I-want-something,’ proof-of-work. And if you don’t get that, watch the next two years. You’re going to have some eye-openers,” he said. He adds that he doesn’t care if people hate him for this—all he cares is that people “develop, deliver, and create.”

“And if you don’t want to develop, deliver, and create, we’re going to make a world where you’re going to have to.” 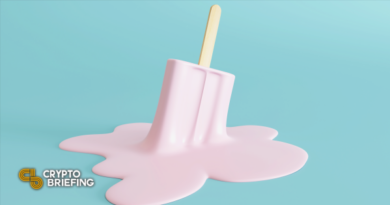