Initially, the EOS rally came in the wake of its positive correlation with top-ranking cryptocurrencies like Bitcoin (BTC) and Ether (ETH), which gained over 2% and 3.75%, respectively. But, the upside move was also driven by a flurry of uplifting updates emerging from the EOS ecosystem. 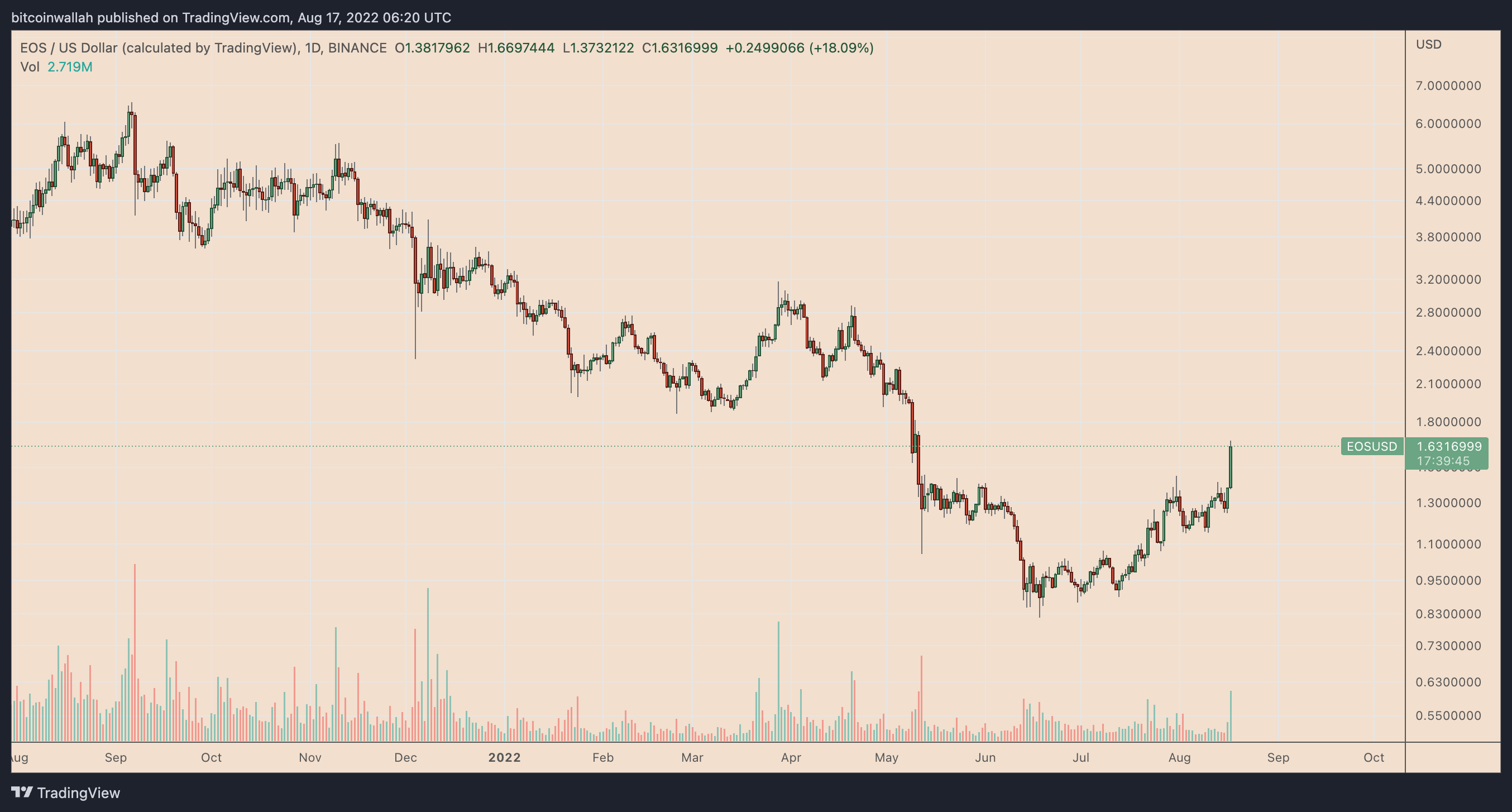 On Aug. 14, the EOS Network Foundation (ENF), a nonprofit organization that oversees the growth and development of the EOS blockchain, opened registrations for its upcoming Yield+ incentive program.

The Yield+ is a liquidity incentive and reward program to attract decentralized finance (DeFi) applications that generate returns for their users. In doing so, the service attempts to compete with its top blockchain rivals in the DeFi space, namely Ether, Cardano (ADA), and Solana (SOL).

Since the beginning of Yield+ registration, the total value locked (TVL) inside the EOS pools has increased from 94.71 EOS to 102.18 EOS, showing a temporary spike in demand for the tokens. The TVL will likely increase in the days leading up to the reward activation on Aug. 28.

In addition, EOS will rebrand to EOSIO later this week, followed by a v3.1 consensus upgrade called Mandel in September, according to Yves La Rose, the CEO of ENF.

The rebranding and upgrade serve as EOS’s symbolic divorce from Block.One, the company that originally designed the network, nine months after the EOS community elected to stop the issuance of 67 million EOS, or around $108 million, to it on malpractice concerns.

La Rose noted that the upgrade would occur via a hard fork, meaning that the new version (EOSIO) will not be backward compatible with the original chain and will follow new consensus rules.

A hard fork also means that in the event of a possible chain split, all the existing EOS holders will receive an equal amount of tokens on both chains. In theory, that could increase EOS demand among speculators in the days leading up to the hard fork as witnessed in the case of Ethereum.

From a technical perspective, EOS’s price eyes an extended bull trend in the coming weeks

The first major hint comes from a cup-and-handle formation on the EOS daily chart, confirmed by a U-shaped price trajectory followed by a downward channel trend. As a rule of technical analysis, a cup-and-handle breakout should send the price higher by as much as the pattern’s maximum height.

Related: Is Ethereum really the best blockchain to form a DAO?

Nevertheless, as a note of caution, the breakout risks losing its momentum near EOS’s 200-day exponential moving average (200-day EMA; the blue wave) at $1.79. Such a pullback could have EOS test the 50-day EMA (the red wave) at $1.21 as its next downside target, almost 25% below the current price. 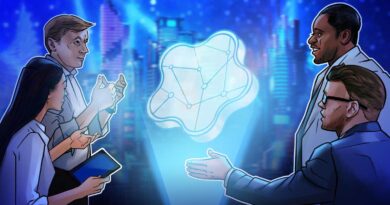 Bored Ape Yacht Club is a huge mainstream hit, but is Wall Street ready for NFTs?

Elon Musk: SpaceX Next Starship Test Flight May Happen as Early as…