Japan is expected to urge its G20 peers to step up efforts to prevent cryptocurrencies being used in money laundering, according to a government official.

In a report from Reuters, it’s unlikely that finance leaders in G20 nations will be able to agree on set rules, given the fact that each country has a different approach to the market.

China, for instance, banned the use of cryptocurrency trading last September and is taking steps to outlaw citizens from accessing foreign crypto websites. Whereas, Saudi Arabia appears to be taking a more laissez faire-approach to the space as it continues to watch market developments.

An official involved in the G20 talks said:

“Discussions will focus on anti-money laundering steps and consumer protection, rather than how cryptocurrency trading could affect the banking system. The general feeling among the G20 members is that applying too stringent regulations won’t be good.”

This move from Japanese policymakers could be in response to the hack at Tokyo-based cryptocurrency exchange Coincheck at the end of January. Believed to be down to a lack of proper security measures, thieves were able to steal 523 million NEM units, worth around $530 million, and making it the biggest hack of its kind.

As a result, the country’s financial watchdog, the Financial Services Agency (FSA), issued the exchange with improvement orders. This eventually led to a month-long suspension at two digital currency exchanges after it was discovered that they were lacking the correct procedures.

Notably, this has put the limelight on the country considering it was the first to adopt a national system that would oversee digital currency trading. Coincheck completed its vow to reimburse 260,000 of its customers who lost holdings of NEM today.

Despite the fact that each country looks at the market differently, France and Germany are expected to make a joint proposal at the G20 summit next week to regulate bitcoin.

French Finance Minister Bruno Le Maire said in January, of the proposal, that:

“We will have a joint Franco-German analysis of the risks linked to bitcoin, regulation proposals and these will be submitted as a joint proposal to our G20 counterparts at the G20 summit in Argentina in March.”

According to Japanese officials, regulations need to be applied that protect consumers and prevent illegal activities while ensuring that innovation isn’t being stifled in the sector.

Wells Fargo Warns Of Stock Shock From Biden Win, How Would Bitcoin Behave? 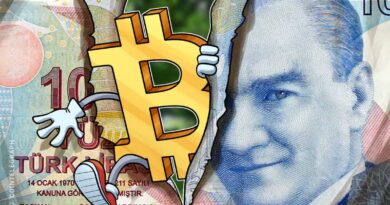